Lost Civilizations: Who Were the Garamantes?


Funded by an EU grant, researchers from the University of Leicester are investigating an ancient Saharan population, called the Garamantes, dating back to the period from 500 BC to AD 600. The team's archaeological findings in southern Libya have proved to be crucial in shedding more light on this scarcely-known civilization and the history of pre-Islamic Africa.

According to Wikipedia, the Garamantes were probably present as tribal people in the Fezzan by 1000 BC. They appear in the written record for the first time in the 5th century BC: according to Herodotus, they were "a very great nation" who herded cattle, farmed dates, and hunted the "Ethiopian Troglodytes", or "cave-dwellers" who lived in the desert, from four-horse chariots. Roman depictions describe them as bearing ritual scars and tattoos. Tacitus wrote that they assisted the rebel Tacfarinas and raided Roman coastal settlements. According to Pliny the Elder, Romans eventually grew tired of Garamantian raiding and Lucius Cornelius Balbus captured 15 of their settlements in 19 BC. In 202, Septimius Severus captured the capital city of Garama.

Map of the Roman empire under Hadrian (ruled 117–138 AD), showing the location of the Garamantes kingdom, in the desert regions south of the Roman province of Africa proconsularis (Tunisia, Libya). 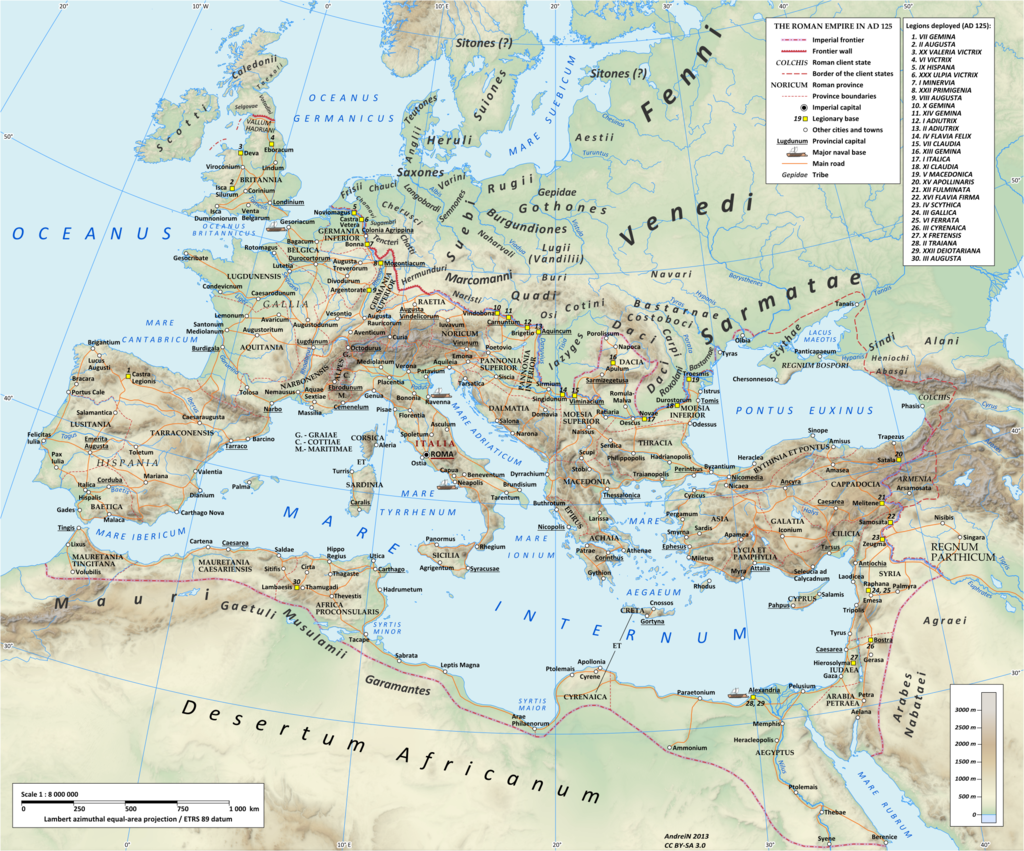 The Garamantes (possibly from the Berber igherman / iɣerman, meaning: "cities" in modern Berber; or possibly from igerramen meaning "saints, holy/sacred people" in modern Berber) were a people who developed an advanced civilization in ancient southwestern Libya. They used an elaborate underground irrigation system, and founded prosperous Berber kingdoms or city-states in the Fezzan area of Libya, in the Sahara desert. They were a local power between 500 BC and 700 AD.

Contemporaries of the Roman Empire, the Garamantes have previously been depicted as a nomadic tribe living in scattered camps in a remote area of the Central Sahara. Recent research has suggested, however, that they were a remarkably advanced people, living in permanent villages and urban settlements, practicing oasis agriculture, backed up by advanced technologies relating to irrigation and manufacturing (metal working, textile production, etc). They traded with both the Mediterranean and Sub-Saharan zones, playing a leading role in the earliest Trans-Saharan trading network, according to Prof. David Mattingly, one of the recognized leaders of Saharan archaeology.

Near East in 600 AD, showing the location of Garamantes before the Arab conquest. 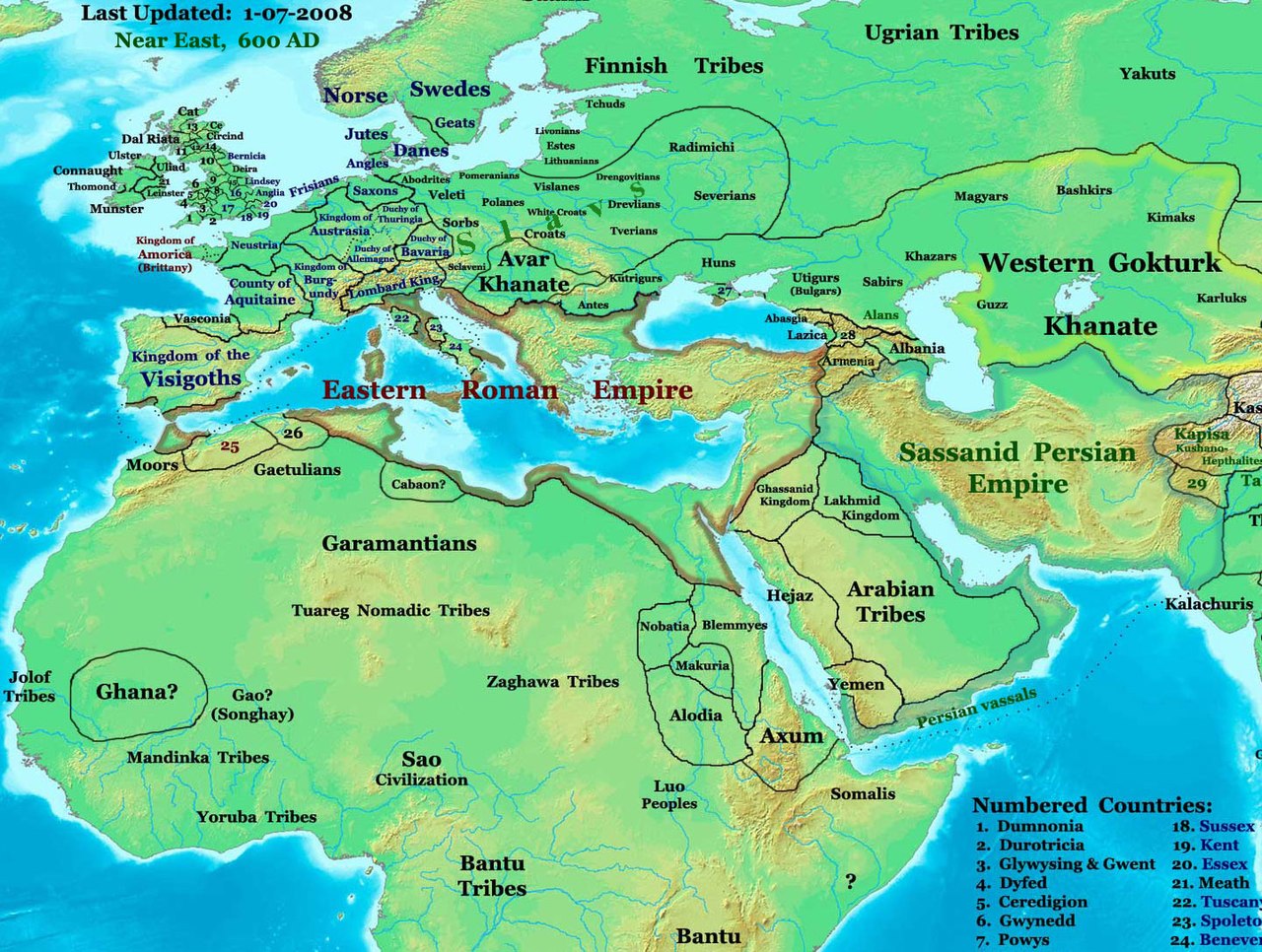 The aim of this ERC Advanced Grant project is to understand more about the Garamantes, their role in Trans-Saharan trade and migration flows and their connections with the neighbouring peoples. Prof. Mattingly, who leads the project, and his team have carried out extensive research work using aerial photography and satellite imagery. Thanks to these sophisticated investigation tools, they have brought to light the existence of an outstanding archaeological heritage, including hundreds of fortified oasis settlements, with advanced water-extraction and irrigation systems, which were exceptionally preserved by their remote setting.

The Sahara now emerges as a much more populous place in the pre-Islamic era than previously believed and, rather than being a barrier, the desert appears to have been a much more connected space that put Mediterranean civilisations in regular contact with Sub-Saharan societies from the late first millennium BC onwards.

After four years, the project has achieved significant results that will have profound implications for the scholars’ understanding of the historic relationships between the Mediterranean world and the Sub-Saharan area, leading to a reshaping of the history and archaeology of the African continent.

The Garamantes were an early civilisation, broadly contemporaneous with the Greco-Roman Mediterranean societies (c.500 BC – AD 700). Hitherto, the contribution of the Garamantes has been minimised or overlooked in general books on the archaeology, civilisation and historical geography of Africa. It can now be argued that they represent the earliest indigenous urbanised state in the central Sahara, a veritable civilisation built on sophisticated oasis agriculture, advanced manufacturing outputs and trade with zones to north and south of the Sahara.

They were a focal point in pre-Islamic times for communication networks that linked the Nile, the Mediterranean and the Maghreb with the Sub-Saharan societies around Lake Chad and the Niger Bend. The existence of an early state of considerable power and sophistication in the Central Sahara is thus of more than local (Libyan) significance. It has profound implications for our understanding of the historic relationships between the Mediterranean world (and Europe) and Sub-Saharan Africa.

To south and north: Saharan trade in antiquity.
Mattingly; D.J.2013