Ten pigtails of hair thought to be from seven mutineers of “Mutiny on the Bounty” fame and three of their female Polynesian companions will be analysed in a new collaboration between the Pitcairn Islands Study Centre at Pacific Union College (California, US) and the forensic DNA group at King’s College London (UK).

The forensic DNA group at King’s has been sent hair strands from the ten pigtails, which are currently on display in the California-based centre, to help establish as much information as possible on their origins.

As the pigtails purportedly date back to the pre-1800s, the King’s team will first attempt to extract DNA from the historical hair samples after cleaning the outside and then digesting the hair matrix using a chemical process. Nuclear DNA is not found in hair shafts, only the roots which are not available here; however, mitochondrial DNA may be present. If sufficient mitochondrial DNA can be collected, the first step will be to investigate the ancestral origins of the owners of the pigtails.

Hair from the collection of pigtails donated to the Pitcairn Islands Study Centre will be analyzed by forensics experts at King's College London. 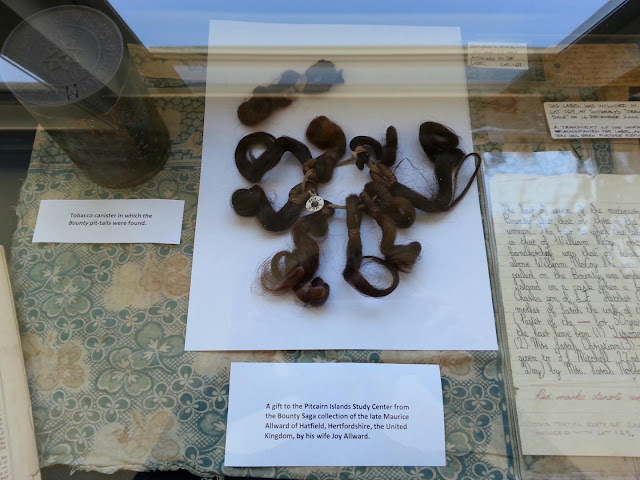 Unlike nuclear DNA, mitochondrial DNA does not discriminate between all individuals as people sharing a common maternal ancestor will also share a similar profile. However, this type of DNA can provide some indication of maternal geographic origin e.g. whether someone is likely to be of European descent, so the team will aim to establish whether the hair samples do indeed come from seven Europeans and three Polynesian individuals, as the documentation accompanying the samples suggests.

Further, more detailed identification will require genealogical methods to trace the ancestors of the pigtail owners, to be able to link samples to names from historical records and other sources of information. A lot has been written about the possible descendants of the mutineers but this information will not be helpful with regards to the male mutineers; instead, their maternal line will need be traced. The study will therefore try to identify their maternal ancestors, such as their respective mothers and maternal grandmothers, and research other direct female descendants down to individuals living today.

Dr Denise Syndercombe-Court, project lead from the Analytical and Environmental Sciences Division at King’s College London, said: “First, we will have to determine whether we can recover mitochondrial DNA of appropriate quality to be analysed. The hairs, if from the mutineers, are over two hundred years old and we have no idea what environments they might have been exposed to in the intervening time.”

“Potentially as problematic will be the genealogical research as civil registration in the UK did not start until 1837, some 50 years after the mutiny and so, at best, the death of the mother may be listed in these records but other processes would need to be used to gather more information. Because of the patrilineal transmission of surnames we would not even expect to find someone who believes they may be linked to the mutineers and so we will have to depend on this research and hope for the agreed consent from any identified living descendant to act as a modern day reference. We do not anticipate that this will be easy and it will require other interested parties to get involved in this part of the study.” 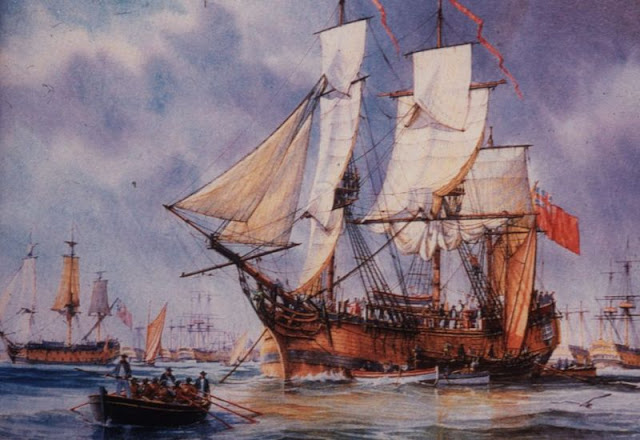 Herbert Ford, Director of the Pitcairn Islands Study Centre, said: “This hair is a gift from Joy Allward, wife of the late Maurice Allward of Hatfield, UK, who successfully bid for the hair at a Sotheby’s auction in London in 2000.”

“If the tests and genealogical studies of this hair authenticates that it is of seven of the nine mutineers who hid out from British justice on Pitcairn Island in 1790, it will be the only tangible physical evidence of their having existed. There is only one known mutineer grave on Pitcairn, that of John Adams. Of the whereabouts of the remains of the eight others, we can only speculate.”

The pigtails on display in the US were housed in a nineteenth-century cylindrical tobacco tin. Also with the locks of hair was a handkerchief said to have belonged to Sarah, the daughter of William McCoy, one of the Bounty mutineers.

A worn, faded label with the pigtails notes that it is attached to the hair of William McCoy. The mutineer McCoy died on Pitcairn Island in 1800. Notes written on the label also state that the pigtails are of seven of the mutineers of H.M.S. Bounty and “also that of three of the Tahitian women,” who accompanied the mutineers to Pitcairn in 1789.

The story of the mutiny that took place on the ship H.M.S. Bounty in the South Pacific Ocean in 1789 was made famous by the publication of a trilogy of books published in the 1930s. Following the publication of the books, a number of Hollywood-type motion pictures about the Bounty mutiny were shown worldwide over the next four decades.