The study of dental calculus from Late Mesolithic individuals from the site of Vlasac in the Danube Gorges of the central Balkans has provided direct evidence that Mesolithic foragers of this region consumed domestic cereals already by c. 6600 BC, i.e. almost half a millennium earlier than previously thought.

The team of researchers led by Emanuela Cristiani from The McDonald Institute for Archaeological Research, University of Cambridge used polarised microscopy to study micro-fossils trapped in the dental calculus (ancient calcified dental plaque) of 9 individuals dated to the Late Mesolithic (c. 6600-6450 BC) and the Mesolithic-Neolithic transition phase (c. 6200-5900 BC) from the site of Vlasac in the Danube Gorges. The remains were recovered from this site during excavations from 2006 to 2009 by Dušan Bori, Cardiff University. 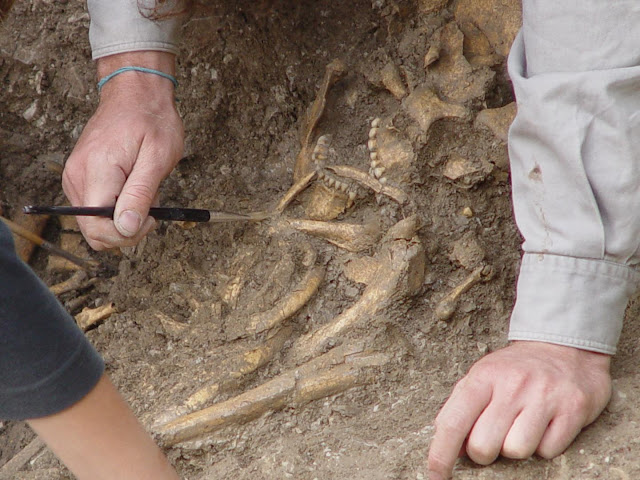 
"The deposition of mineralized plaque ends with the death of the individual, therefore, dental calculus has sealed unique human biographic information about Mesolithic dietary preferences and lifestyle," said Cristiani.

"What we happened to discover has a tremendous significance as it challenges the established view of the Neolithization in Europe," she said.

"Microfossils trapped in dental calculus are a direct evidence that plant foods were an important source of energy within Mesolithic forager diet. More significantly, though, they reveal that domesticated plants were introduced to the Balkans independently from the rest of Neolithic novelties such as domesticated animals and artefacts, which accompanied the arrival of farming communities in the region".

These results suggest that the hitherto held notion of the "Neolithic package" may have to be reconsidered. Archaeologists use the concept of "Neolithic package" to refer to the group of elements that appear in the Early Neolithic settlements of Southeast Europe: pottery, domesticates and cultigens, polished axes, ground stones and timber houses. 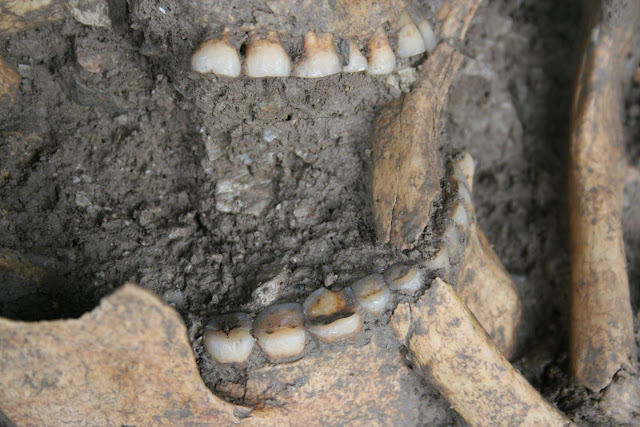 
This region of the central Balkans has yielded unprecedented data for other areas with a known Mesolithic forager presence in Europe. Dental tartar samples were also taken from three Early Neolithic (c. 5900-5700 BC) female burials from the site of Lepenski Vir, located around 3 km upstream from Vlasac.

Although researchers agree that Mesolithic diet in the Danube Gorges was largely based on terrestrial, or riverine protein-rich resources, the team also found that starch granules preserved in the dental calculus from Vlasac were consistent with domestic species such as wheat (Triticum monococcum, Triticum dicoccum) and barley (Hordeum distichon), which were also the main crops found among Early Neolithic communities of southeast Europe.

Domestic species were consumed together with other wild species of the Aveneae tribe (oats), Fabaeae tribe (peas and beans) and grasses of the Paniceae tribe.

These preserved starch granules provide the first direct evidence that Neolithic domestic cereals had already reached inland foragers deep in the Balkan hinterland by c. 6600 BC. Their introduction in the Mesolithic societies was likely eased by social networks between local foragers and the first Neolithic communities.

Archaeological starch grains were interpreted using a large collection of microremains from modern plants native to the central Balkans and the Mediterranean region.

"Most of the starch granules that we identified in the Late Mesolithic calculus of the central Balkans are consistent with plants that became key staple domestic foods with the start of the Neolithic in this region" said Cristiani.

Anita Radini, University of York added, "In the central Balkans, foragers' familiarity with domestic Cerealia grasses from c. 6500 BC, if not earlier, might have eased the later quick adoption of agricultural practices."

The findings are published in the journal Proceedings of the National Academy of Sciences.

Contacts and sources:
Emanuela Cristiani
University of Cambridge
on August 29, 2016