Animal Whiskers Can Sense the Direction of the Wind


Many animals appear to have an impressive ability to follow the wind to find food, avoid predators, and connect with potential mates. Until now, however, no study had examined how land mammals know the direction of the wind. New research finds that an important part of this ability lies in an animal’s whiskers. The work could pave the way for the design of novel airflow measurement devices that imitate these biological sensors.

A team of four PhD students working with Northwestern Engineering’s Mitra Hartmann, professor of biomedical and mechanical engineering, report in the August 24 issue of Science Advances that rats use their whiskers to help locate airflow sources.

Mitra HartmannTo perform the experiment that led to this discovery, Yan Yu and Matthew Graff, co-first authors of the work, placed five, equally-spaced fans in a semicircle around the edge of a 6-foot circular table. In each trial, one of the five fans was randomly selected to blow air toward a “start-door” located on the opposite side of the table. A rat had to run from the door toward the fan blowing air, and go down a rat-sized hole directly in front of that fan. Each of the five holes (one in front of each fan) led to a tunnel beneath the table, where the rat was rewarded for choosing the correct fan. Cameras positioned above the table recorded the rats’ performance.

With five fans to choose from, rats could perform at a 20 percent correct level just by chance. After the rats had performed the task at a level of approximately 60 percent correct or higher for 10 days in a row, the researchers cut off the whiskers (a procedure as painless as a haircut) and looked for changes in behavior. Two additional study authors, Chris Bresee and Yan Man, contributed to running the experiment and analyzing the data. Ultimately, the team’s results showed that whisker removal decreased rats’ performance by approximately 20 percent. 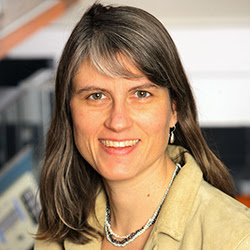 To explain these results, the researchers noted that the rats were permitted to use any sensory cues they wanted to locate the fan.

“We didn’t require the rats to use their whiskers for this task,” said Yu.

“They could use many other sources of information, including movement of the fur, mechanical cues from the skin, or thermal cues from the eyes, ears, or the snout,” added Man.

The use of multiple cues explains why rats were still able to perform above chance levels after whisker removal. The 20 percent performance drop after whisker removal, however, indicates that rats chose to use their whiskers during the task, even when many cues were available.

“The rat clearly uses more than one cue,” explained Bresee. “But rats still choose to rely heavily on their whiskers, which suggests that whiskers facilitate wind-sensing even when wild rats explore naturally.”

To control the risk of the rat seeing or hearing the spinning fan, the experiments were performed in a dark room with added ambient noise. To check for the possibility that rats were simply confused by the removal of their whiskers, another group of rats was trained to run to a light source instead of a wind source. The team found no changes in the performance of these rats after whisker removal.

Hartmann’s team is now investigating the mechanical and neural signals that underlie rat’s ability to do the task — with the goal of constructing artificial flow sensors that can be used on robots. In an earlier experiment published in the Journal of Experimental Biology, Yu, Graff, and Hartmann found that whiskers bend in the direction of the wind — and the harder the wind blows, the more the whiskers bend and vibrate.

“When the whisker bends, it presses on receptors at the whisker’s base” Graff said. “Our behavioral work now suggests that this mechanical information is actually used by the rat to locate an airflow source.”

Rats use whiskers to follow the fluid flow, but what about cats and dogs? Although the team has only studied rats, the group explains that whiskers are arranged in a very similar way on the faces of many other animals, strongly suggesting that they would also be used for flow sensing.

“If a whisker is exposed to wind, there is no question that it will bend and vibrate,” said Graff.

“It would make sense for all sorts of animals to exploit this mechanical information, given that sensing wind direction is important for so many behaviors,” Yu added.

Several potential applications of the work are based on the fact that odors are carried on air currents.

“Estimating the structure of airflow is particularly important when locating an odor source,” said Hartmann. “And odor localization is important for finding explosives, chemical spills, and biological agents.”


Visit Science Advances to read the journal paper
on August 25, 2016