A Billion Jupiter-Like Worlds in The Milky Way

Our galaxy is home to a bewildering variety of Jupiter-like worlds: hot ones, cold ones, giant versions of our own giant, pint-sized pretenders only half as big around.


Astronomers say that in our galaxy alone, a billion or more such Jupiter-like worlds could be orbiting stars other than our sun. And we can use them to gain a better understanding of our solar system and our galactic environment, including the prospects for finding life.

It turns out the inverse is also true -- we can turn our instruments and probes to our own backyard, and view Jupiter as if it were an exoplanet to learn more about those far-off worlds. The best-ever chance to do this is now, with Juno, a NASA probe the size of a basketball court, which arrived at Jupiter in July to begin a series of long, looping orbits around our solar system's largest planet. Juno is expected to capture the most detailed images of the gas giant ever seen. And with a suite of science instruments, Juno will plumb the secrets beneath Jupiter's roiling atmosphere.

Comparing Jupiter with Jupiter-like planets that orbit other stars can teach us about those distant worlds, and reveal new insights about our own solar system's formation and evolution. (Illustration) 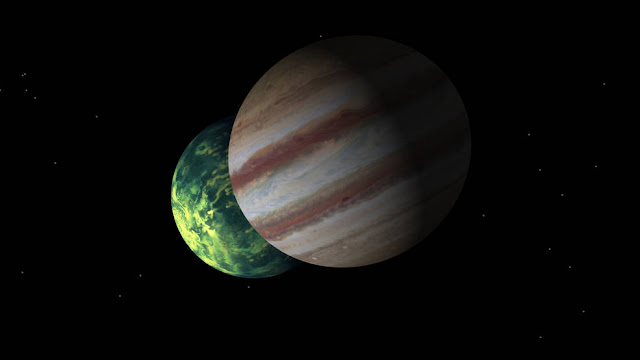 It will be a very long time, if ever, before scientists who study exoplanets -- planets orbiting other stars -- get the chance to watch an interstellar probe coast into orbit around an exo-Jupiter, dozens or hundreds of light-years away. But if they ever do, it's a safe bet the scene will summon echoes of Juno.

"The only way we're going to ever be able to understand what we see in those extrasolar planets is by actually understanding our system, our Jupiter itself," said David Ciardi, an astronomer with NASA's Exoplanet Science Institute (NExSci) at Caltech.

Not all Jupiters are created equal

Juno's detailed examination of Jupiter could provide insights into the history, and future, of our solar system. The tally of confirmed exoplanets so far includes hundreds in Jupiter's size-range, and many more that are larger or smaller. 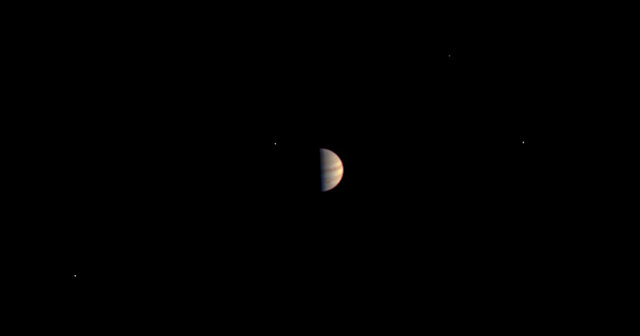 
The so-called hot Jupiters acquired their name for a reason: They are in tight orbits around their stars that make them sizzling-hot, completing a full revolution -- the planet's entire year -- in what would be a few days on Earth. And they're charbroiled along the way.

But why does our solar system lack a "hot Jupiter?" Or is this, perhaps, the fate awaiting our own Jupiter billions of years from now -- could it gradually spiral toward the sun, or might the swollen future sun expand to engulf it?

Not likely, Ciardi says; such planetary migrations probably occur early in the life of a solar system.

"In order for migration to occur, there needs to be dusty material within the system," he said. "Enough to produce drag. That phase of migration is long since over for our solar system."

Jupiter itself might already have migrated from farther out in the solar system, although no one really knows, he said.

Looking back in time

If Juno's measurements can help settle the question, they could take us a long way toward understanding Jupiter's influence on the formation of Earth -- and, by extension, the formation of other "Earths" that might be scattered among the stars.

"Juno is measuring water vapor in the Jovian atmosphere," said Elisa Quintana, a research scientist at the NASA Ames Research Center in Moffett Field, California. "This allows the mission to measure the abundance of oxygen on Jupiter. Oxygen is thought to be correlated with the initial position from which Jupiter originated."

If Jupiter's formation started with large chunks of ice in its present position, then it would have taken a lot of water ice to carry in the heavier elements which we find in Jupiter. But a Jupiter that formed farther out in the solar system, then migrated inward, could have formed from much colder ice, which would carry in the observed heavier elements with a smaller amount of water. If Jupiter formed more directly from the solar nebula, without ice chunks as a starter, then it should contain less water still. Measuring the water is a key step in understanding how and where Jupiter formed.

"If Juno detects a high abundance of oxygen, it could suggest that the planet formed farther out," Quintana said.

A probe dropped into Jupiter by NASA’s Galileo spacecraft in 1995 found high winds and turbulence, but the expected water seemed to be absent. Scientists think Galileo's one-shot probe just happened to drop into a dry area of the atmosphere, but Juno will survey the entire planet from orbit.

Where Jupiter formed, and when, also could answer questions about the solar system's "giant impact phase," a time of crashes and collisions among early planet-forming bodies that eventually led to the solar system we have today.

Our solar system was extremely accident-prone in its early history -- perhaps not quite like billiard balls caroming around, but with plenty of pileups and fender-benders.

"It definitely was a violent time," Quintana said. "There were collisions going on for tens of millions of years. For example, the idea of how the moon formed is that a proto-Earth and another body collided; the disk of debris from this collision formed the moon. And some people think Mercury, because it has such a huge iron core, was hit by something big that stripped off its mantle; it was left with a large core in proportion to its size."

Part of Quintana's research involves computer modeling of the formation of planets and solar systems. Teasing out Jupiter's structure and composition could greatly enhance such models, she said. Quintana already has modeled our solar system's formation, with Jupiter and without, yielding some surprising findings. 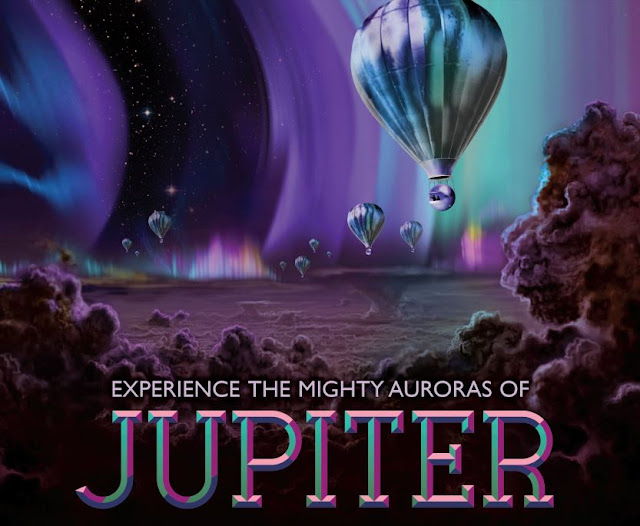 "For a long time, people thought Jupiter was essential to habitability because it might have shielded Earth from the constant influx of impacts [during the solar system's early days] which could have been damaging to habitability," she said. "What we've found in our simulations is that it's almost the opposite. When you add Jupiter, the accretion times are faster and the impacts onto Earth are far more energetic. Planets formed within about 100 million years; the solar system was done growing by that point," Quintana said.

"If you take Jupiter out, you still form Earth, but on timescales of billions of years rather than hundreds of millions. Earth still receives giant impacts, but they're less frequent and have lower impact energies," she said.

Getting to the core

Another critical Juno measurement that could shed new light on the dark history of planetary formation is the mission's gravity science experiment. Changes in the frequency of radio transmissions from Juno to NASA's Deep Space Network will help map the giant planet's gravitational field.

Knowing the nature of Jupiter's core could reveal how quickly the planet formed, with implications for how Jupiter might have affected Earth's formation.

And the spacecraft's magnetometers could yield more insight into the deep internal structure of Jupiter by measuring its magnetic field.

"We don't understand a lot about Jupiter's magnetic field," Ciardi said. "We think it's produced by metallic hydrogen in the deep interior. Jupiter has an incredibly strong magnetic field, much stronger than Earth's."

Mapping Jupiter's magnetic field also might help pin down the plausibility of proposed scenarios for alien life beyond our solar system.

Earth's magnetic field is thought to be important to life because it acts like a protective shield, channeling potentially harmful charged particles and cosmic rays away from the surface.

An exo-Jupiter’s intense magnetic field could protect such life forms, he said. That conjures visions of Pandora, the moon in the movie "Avatar" inhabited by 10-foot-tall humanoids who ride massive, flying predators through an exotic alien ecosystem.

Juno's findings will be important not only to understanding how exo-Jupiters might influence the formation of exo-Earths, or other kinds of habitable planets. They'll also be essential to the next generation of space telescopes that will hunt for alien worlds. The Transiting Exoplanet Survey Satellite (TESS) will conduct a survey of nearby bright stars for exoplanets beginning in June 2018, or earlier. The James Webb Space Telescope, expected to launch in 2018, and WFIRST (Wide-Field Infrared Survey Telescope), with launch anticipated in the mid-2020s, will attempt to take direct images of giant planets orbiting other stars.

"We're going to be able to image planets and get spectra," or light profiles from exoplanets that will reveal atmospheric gases, Ciardi said. Juno's revelations about Jupiter will help scientists to make sense of these data from distant worlds.

To learn more about a few of the known exo-Jupiters, visit:
https://exoplanets.nasa.gov/alien-worlds/strange-new-worlds
on August 30, 2016