Where is the world's greatest concentration of unique species of mammals? A team of American and Filipino authors have concluded that it is Luzon Island, in the Philippines. Their 15-year project, summarized in a paper published in the scientific journal Frontiers of Biogeography, has shown that out of 56 species of non-flying mammal species that are now known to live on the island, 52 live nowhere else in the world. Of those 56 species, 28 were discovered during the course of the project. Nineteen of the species have been formally described in scientific journals, and nine are currently "in the works."

This tree-dwelling mouse, which has whiskers that reach all the way to its ankles, is one of the 28 new species unique to Luzon discovered by Larry Heaney and his team in the course of this study. 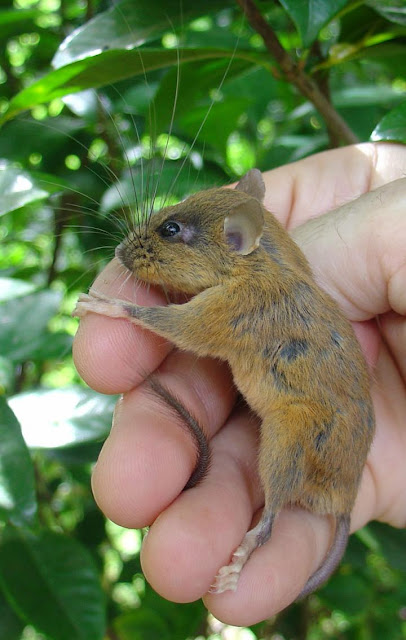 "We started our study on Luzon in 2000 because we knew at the time that most of the native mammal species on the island were unique to the island, and we wanted to understand why that is the case. We did not expect that we would double the number already known," said Lawrence Heaney, the project's leader, who is the Negaunee Curator of Mammals at The Field Museum in Chicago.

Luzon is the largest island in the Philippines; at about 40,000 square miles, it's a bit larger than Indiana. According to the authors, Luzon has never been connected to any continental land--the species have been isolated, like the animals that live in Hawaii. But Luzon is much larger and at least five times older than the oldest island in Hawaii, and so has had time for the few species that arrived from the Asian mainland to evolve and diversify greatly.

On islands, scientists sometimes see a "sped-up" version of evolution--when animals are closed off from the rest of the world, in places where there are few or no predators or competitors, they are able to branch out into special adaptations, eventually forming new species. And not only is the island of Luzon isolated, but it's covered in mountains. The mountaintops form what scientists call "sky islands"--little pockets of distinctive habitat that the animals further adapt to. "The animals are isolated high on the scattered mountains, so they inevitably diverge. Given enough time, you begin to see huge biodiversity," explained Heaney. "In the process of trying to understand how that happens, we doubled the number of known species on Luzon."

Among the 28 new species discovered by the team are four species of tiny tree-mice with whiskers so long they reach nearly to their ankles, and five species of mice that look like shrews and feed primarily on earthworms. Most of the new species live in tropical cloud forest high in the mountains, where frequent typhoons can drop four or five meters (12 to 15 feet) of rain per year.

This is a forest in Luzon. Forests like this are home to the greatest concentration of unique mammal species in the entire world, but Luzon is heavily deforested. 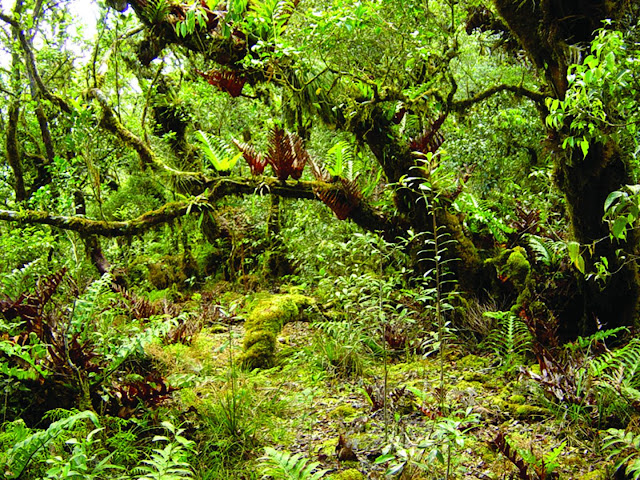 "All 28 of the species we discovered during the project are members of two branches on the tree of life that are confined to the Philippines," according to Eric Rickart, a team member who is based at the Natural History Museum of Utah. "There are individual mountains on Luzon that have five species of mammals that live nowhere else. That's more unique species on one mountain than live in any country in continental Europe. The concentration of unique biodiversity in the Philippines is really staggering."

Luzon also supports 57 species of bats; most live in the hot, humid lowlands. These include the golden-crowned flying fox, which is one of the heaviest bats in the world at up to two and a half pounds. Another, the lesser flat-headed bat, is so tiny that it can roost inside the hollow spaces inside bamboo stems.

Cloud rats like these are just some of the 93 percent of Luzon land mammals that are found nowhere else in the world. The cloud rats in this image were drawn with colored pencil by The Field Museum's scientific illustrator Velizar Simeonovski. 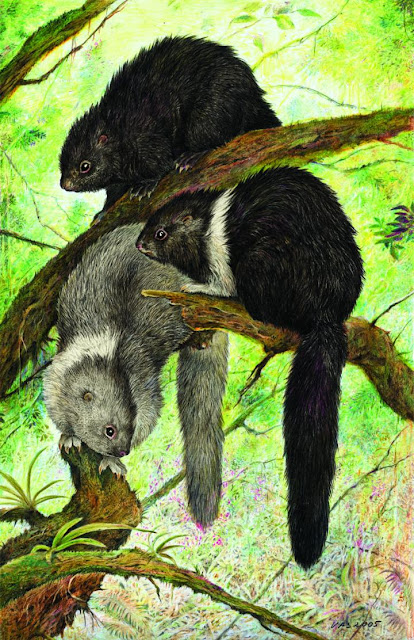 "We also wanted to learn more about the conservation status of these wonderful animals," said Danny Balete, a Research Associate at the Field Museum who is based in the Philippines. "The Philippines is one of the most heavily deforested countries in the tropics; only about seven percent of the old-growth tropical forest is left. We learned that quite a few of the species are seriously threatened by habitat loss and over-hunting, but none are yet extinct." Luzon has a human population of about 50 million, including about 23 million in greater Manila, the country's capital. "Protecting all of these species from extinction is going to be a big challenge. The good news is that when the native forest is allowed to regenerate, the native mammals move back in, and the pest rats get kicked out."

Other co-authors of the paper are based at the University of the Philippines, the University of Minnesota, and Florida State University. Heaney, Balete, and Rickart are also authors of a book about the mammals of Luzon Island, just published by Johns Hopkins University Press, that will be used in the Philippines as a college-level textbook. The team works closely with conservation organizations and the Philippine government, and many of their recommendations regarding expanded and new national parks have been adopted.

"Learning about the tremendous diversity of mammal species present on Luzon is crucial to conservation efforts," explained Heaney. "In order to be effective at conserving an environment, we have to know what's out there."