Mosketch, a software developed by Moka Studio and EPFL, lets you generate 3D animation without sophisticated training. It’s professional-grade software that can be used by anyone, from independent artists to animation studios.


Soon budding artists will be able to create animated films without a Hollywood-sized budget. That’s thanks to Mosketch, software being developed jointly by EPFL and start-up Moka Studio. With just a few pen strokes, artists can make cartoon characters, animals, and other figures jump, run, swim, and dance. And even though Mosketch delivers performance on par with the most expensive animation applications, it doesn’t require any advanced 3D know-how.
“The strength of our software is that it easily transforms 2D sketches into 3D, letting artists create 3D animation seamlessly and naturally,” said Benoît Le Callennec, co-founder and CEO of Moka Studio.
Ronan Boulic and Benoît Le Callennec 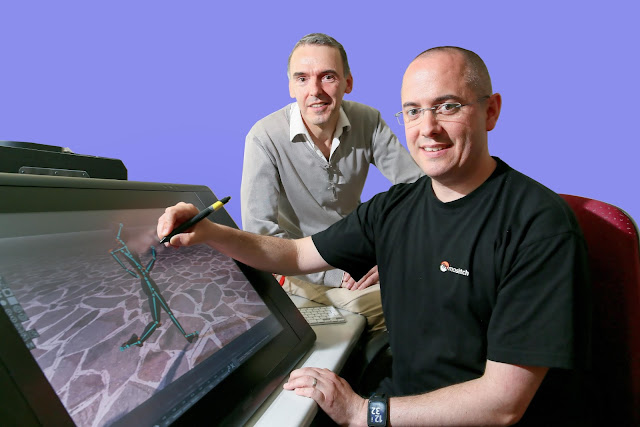 Mosketch works by bringing together and improving two major animation methods: direct kinematics, in which artists change each of a character’s joints individually; and inverse kinematics, in which artists can guide any part of a character’s body. The software lets artists transparently switch from one method to another – unlike the current market heavyweights – and model a complete posture with just a few sketches.

What’s more, most applications out there lack flexibility because they require arduous preparation for each specific character. “Thanks to our advanced mathematical models, artists can animate any 3D character without a lot of up-front work. That makes our software much easier to use,” said Ronan Boulic, head of the immersive interaction research group at EPFL. 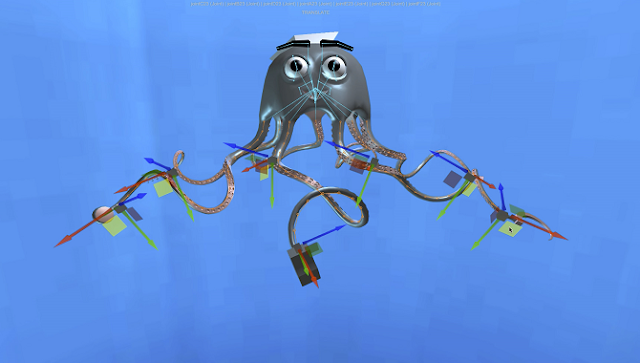 Another Mosketch innovation is the enhanced algorithm used to calculate 3D characters’ postures. The algorithm runs in parallel – making it 10 to 150 times faster and letting artists shape a character’s posture in real-time. And it has potential for use in other research applications, such as virtual reality and robotics.
“A key challenge in virtual reality is shortening the time lapse between a user’s movement and the corresponding shift in what he sees. The algorithm we developed for Mosketch can speed up interactions in complex modelling environments, such as virtual prototypes for manufacturing or complicated tasks for robotics, or even for developing humanoid robots,” Boulic said.

Tutorial: Creating a Fall animation with Mosketch in 12 minutes from Moka Studio on Vimeo.