Why the Supercontinent Broke Up: Creep, Lurch and Full-Margin Rupture, Continental Plates Speed Up Unexpectedly

Every now and then in Earth's history, a pair of continents draws close enough to form one. There comes a time, however, when they must inevitably part ways.

Now scientists at Australia's EarthByte research group, in collaboration with the German Research Centre for Geosciences, have revealed the underlying mechanics of a continental breakup when this time arrives in a supercontinent's life cycle.

The GPlates Portal is a free and interactive cloud-based tool that enables the visualization of cutting-edge geoscience datasets. Using a published plate kinematic model, datasets can be reconstructed back through time to the Jurassic, 200 million years ago. 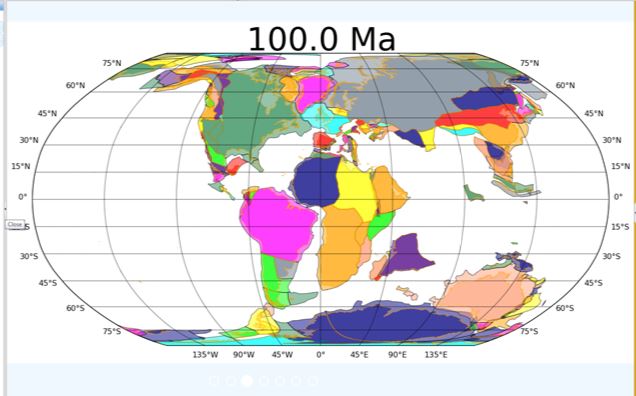 With the help of seismic data and sophisticated computer simulations, the team from the University of Sydney and the University of Potsdam uncovered a distinct two-phase separation process: at first, continents gradually inch apart as a hot, jagged rift is etched into the landscape.

Then, after many millions of years of strained, relentless pulling of the Earth's crust, the continents lurch away from each other, beginning their steady march towards separate sides of the globe as a new ocean forms between them.

View of Australia's western continental margin, looking eastwards from the Indian Ocean. The margin's topography illustrates a partitioning into shallow inner and deep outer portions, reflecting their two-phase evolutionary history. The outer margins have a record of extensive volcanism, illustrated by their rough surfaces.

This work highlights a phenomenon that is otherwise difficult to explain within the conventional framework of plate tectonics.

The findings are published today in the journal Nature.

The research comes just over a month after a paper co-authored by researchers from the EarthByte Group - which explained why there are just a few large tectonic plates and many tiny plates - was highlighted on the cover of Nature.

"Plates tend to shift around quite slowly because they're sitting on an otherwise very viscous mantle," said co-author at the University of Sydney's School of Geosciences, Professor Dietmar Müller, about the latest paper.

"However, throughout Earth's history, there have been plenty of instances where plates have suddenly sped up during supercontinent breakup. This has puzzled us for decades, as this behavior can't easily be reconciled with our understanding of what drives plate motion."

A simple analogy can help explain why plates are suddenly able to reach these high speeds, Professor Müller said: "Imagine you're pulling apart a thick piece of dough. At first, separating it requires a lot of effort because the dough resists your pulling and stretches slowly between your hands.

"If you're persistent, you'll eventually reach a point where the dough becomes thin enough to separate quite easily and quickly. The same principle applies to rifting continents once the connection between them has been thinned sufficiently."

The study involved a laborious task of analyzing thousands of kilometers of seismic profiles in order to pinpoint areas where the continents had been vigorously stretched during their detachment. The researchers then designed computer simulations that independently verified this two-phase breakup.

Lead author Dr Sascha Brune, from the University of Potsdam, said the split did not tend to end amicably: "This breakup process leads to margin segmentation, where rapid subsidence, high heat flow, and enhanced volcanism characterize the outer margin."

The result: a full-margin rupture that sends the outer rims of the continents plunging into the sea. 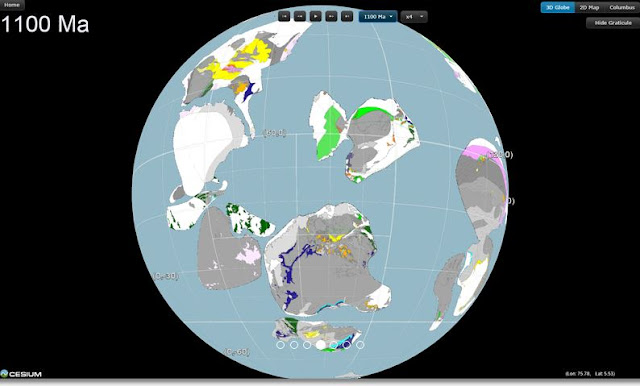 "They are also favorable environments for cultivating and preserving the energy resources upon which our modern society still relies, for instance natural gas."

This work comprises a core finding of the Australian Research Council and industry-funded Basin Genenis Hub, which Professor Müller heads at the University of Sydney. The five-year project aims to improve our understanding of the evolution of sedimentary basins and continental margins by connecting big data analysis and high-performance computing in an open-innovation framework.
The GPlates Portal is also the gateway to the Paleomap Maker, a web service designed to provide researchers with plate-tectonic data reconstruction and visualization services. 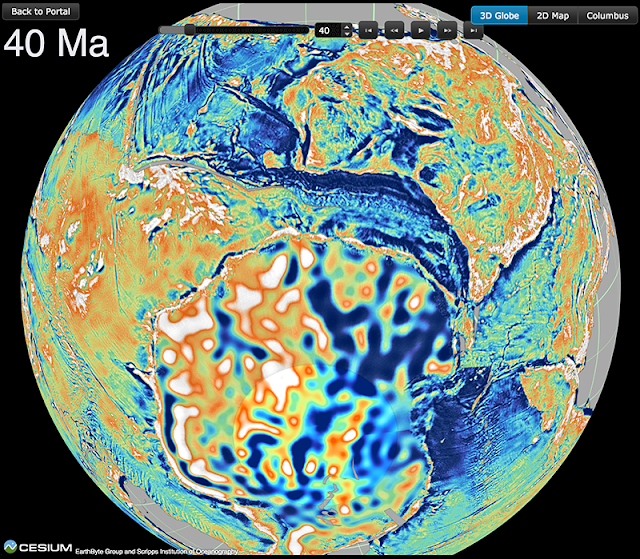 
To view the continental breakup process in action, visit the Virtual Earth Laboratory via http://portal.gplates.org/