Warm Jupiters Are Not As Lonely As Expected

After analyzing four years of Kepler space telescope observations, astronomers from the University of Toronto have given us our clearest understanding yet of a class of exoplanets called "Warm Jupiters", showing that many have unexpected planetary companions.

The team's analysis, published July 10th in the Astrophysical Journal, provides strong evidence of the existence of two distinct types of Warm Jupiters, each with their own formation and dynamical history.

The two types include those that have companions and thus, likely formed where we find them today; and those with no companions that likely migrated to their current positions.

An artist’s portrayal of a Warm Jupiter gas-giant planet (r.) in orbit around its parent star, along with smaller companion planets. 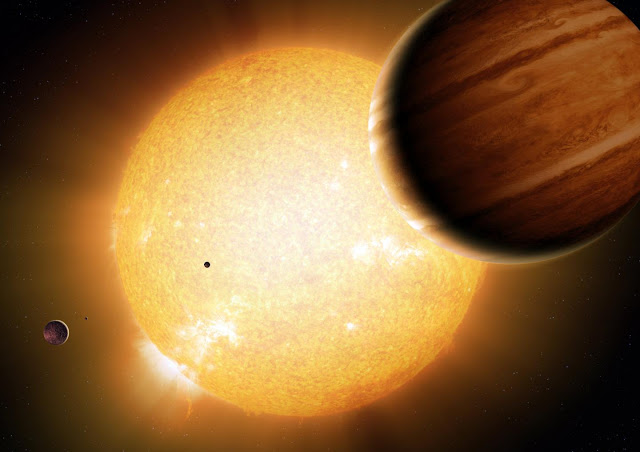 According to lead-author Chelsea Huang, a Dunlap Fellow at the Dunlap Institute for Astronomy & Astrophysics, University of Toronto, "Our findings suggest that a big fraction of Warm Jupiters cannot have migrated to their current positions dynamically and that it would be a good idea to consider more seriously that they formed where we find them."

Warm Jupiters are large, gas-giant exoplanets--planets found around stars other than the Sun. They are comparable in size to the gas-giants in our Solar System. But unlike the Sun's family of giant planets, Warm Jupiters orbit their parent stars at roughly the same distance that Mercury, Venus and the Earth circle the Sun. They take 10 to two hundred days to complete a single orbit. 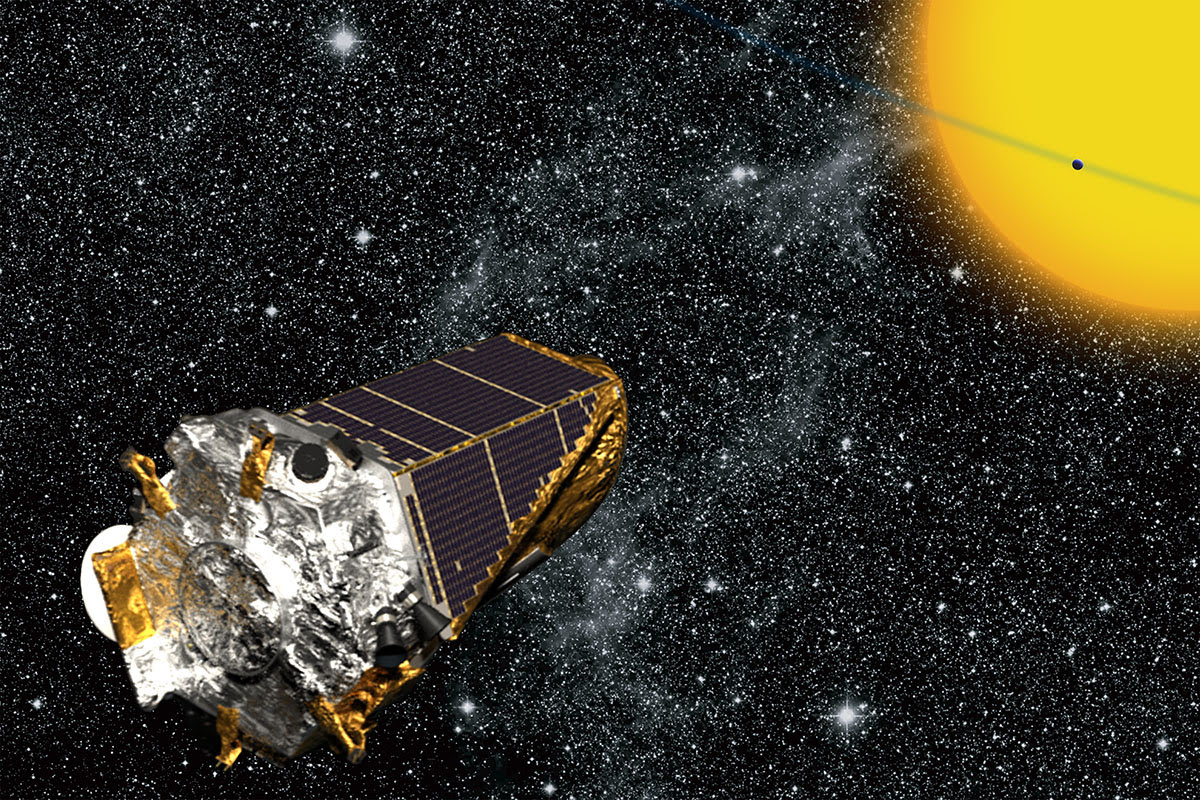 It has generally been thought that Warm Jupiters didn't form where we find them today; they are too close to their parent stars to have accumulated large, gas-giant-like atmospheres. So, it appeared likely that they formed in the outer reaches of their planetary systems and migrated inward to their current positions, and might in fact continue their inward journey to become Hot Jupiters. On such a migration, the gravity of any Warm Jupiter would have disturbed neighbouring or companion planets, ejecting them from the system.

But, instead of finding "lonely", companion-less Warm Jupiters, the team found that 11 of the 27 targets they studied have companions ranging in size from Earth-like to Neptune-like.

"And when we take into account that there is more analysis to come," says Huang, "the number of Warm Jupiters with smaller neighbours may be even higher. We may find that more than half have companions."