A natural substance known to activate pain in the central nervous system has been found to have the opposite effect in other parts of the body, potentially paving the way to new methods of pain control.

The discovery could explain the repeated – and costly – failure over the last 20 years of clinical trials of potential pain-killing drugs that targeted the substance, known as ‘Substance P’. 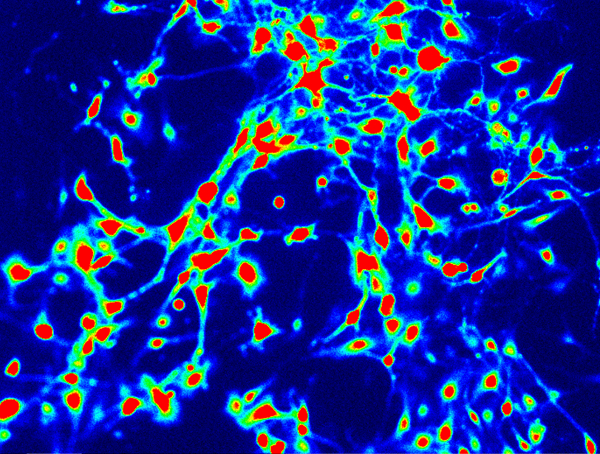 The new research, by the Hebei Medical University in China and the University of Leeds in the UK, has found that, in the peripheral nervous system, Substance P makes nerve cells less responsive and excitable, thereby reducing sensations of pain. This is in direct contrast to its role in the central nervous system, where it triggers very different signals, exciting neurons and so promoting pain.

Lead researcher Professor Nikita Gamper, from the University of Leeds, explains: “We were really surprised by the results – Substance P is described in the literature as a molecule that gets nerve cells excited and promotes pain. But we’ve discovered a paradox – that in the peripheral nervous system it acts as one of the body’s natural painkillers and actually suppresses pain.

“This means that when drugs were used in trials to suppress Substance P’s action in the central nervous system, they may have also prevented it from acting as a painkiller in the peripheral system. So, although the drugs looked like they worked in the lab, when they moved to clinical trials, they failed.”

Substance P works in the peripheral system by modulating the action of certain proteins that control the ability of pain-sensing neurons to respond to ‘painful’ stimuli. In particular, Substance P makes one type of these proteins extremely sensitive to zinc, so that natural trace levels of zinc in circulation are enough to dampen their activity and suppress the neuronal responses.

Professor Gamper – who is also a visiting professor at Hebei Medical University – believes this discovery could open the door to new drugs that don’t have the negative side effects currently associated with stronger painkillers.

“Drugs like morphine hijack the body’s natural painkilling mechanisms, such as those used by endorphins, but because they act within the central nervous system, they can affect other brain cells that use similar pathways, leading to side effects such as addiction or sleepiness,” says Professor Gamper. “If we could develop a drug to mimic the mechanism that Substance P uses, and ensured it couldn’t pass the blood brain barrier into the CNS, so was only active within the peripheral nervous system, it’s likely it could suppress pain with limited side effects.”

The study – which looked at the action of Substance P within nerve cells in the lab and in animal models – focused on acute pain, but Professor Gamper aims to look at its role within chronic pain as well.

The research was funded by the Medical Research Council in the UK and by the National Basic Research Program and the National Natural Science Foundation of China.