There has been a long debate about why dinosaurs were so successful. Say dinosaur, and most people think of the great flesh-eaters such as Tyrannosaurus rex, but the most successful dinosaurs were of course the plant-eaters.

A new study from the University of Bristol, led by Masters of Palaeobiology student Eddy Strickson, has presented clear evidence about how plant-eating dinosaurs evolved.

In the rich dinosaur deposits of North America, hundreds of skeletons of plant-eaters are found for every T. rex. But how did they survive and proliferate? Was it down to innovation or stimulus by plant evolution?

One of the most successful dinosaur plant-eaters, Parasaurolophus from the Late Cretaceous of North America, showing the skull, with long crest, the multiple rows of teeth, and body outline. Hadrosaurs were specialist feeders on confiers and other tough plants, and they were hugely diverse and abundant 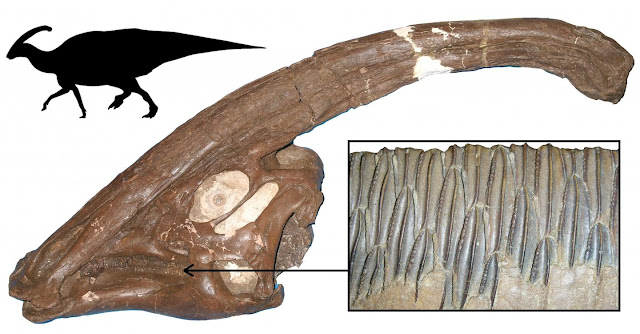 Eddy Strickson said: "The plant-eating ornithopods showed four evolutionary bursts; one in the middle of the Jurassic, and the other three in a cluster around 80 million years ago in the Late Cretaceous. This was down to innovation in their jaws and improved efficiency."

Plants were evolving fast during the Mesozoic, with the rise of cycads, conifers, and especially the angiosperms or flowering plants in the Cretaceous. However, the evolution of ornithopod dinosaur jaws and teeth did not show any response to these changes in availability of plants.

Dr Albert Prieto-Marquez, Research Associate in the School of Earth Sciences who co-led the research, said: "Some of the immensely successful duck-billed hadrosaurs of the Late Cretaceous might have been eating flowering plants, but their tooth wear patterns, and especially close study of their coprolites - that's fossil poops - shows they were conifer specialists, designed to crush and digest the oily, tough needles and cones." 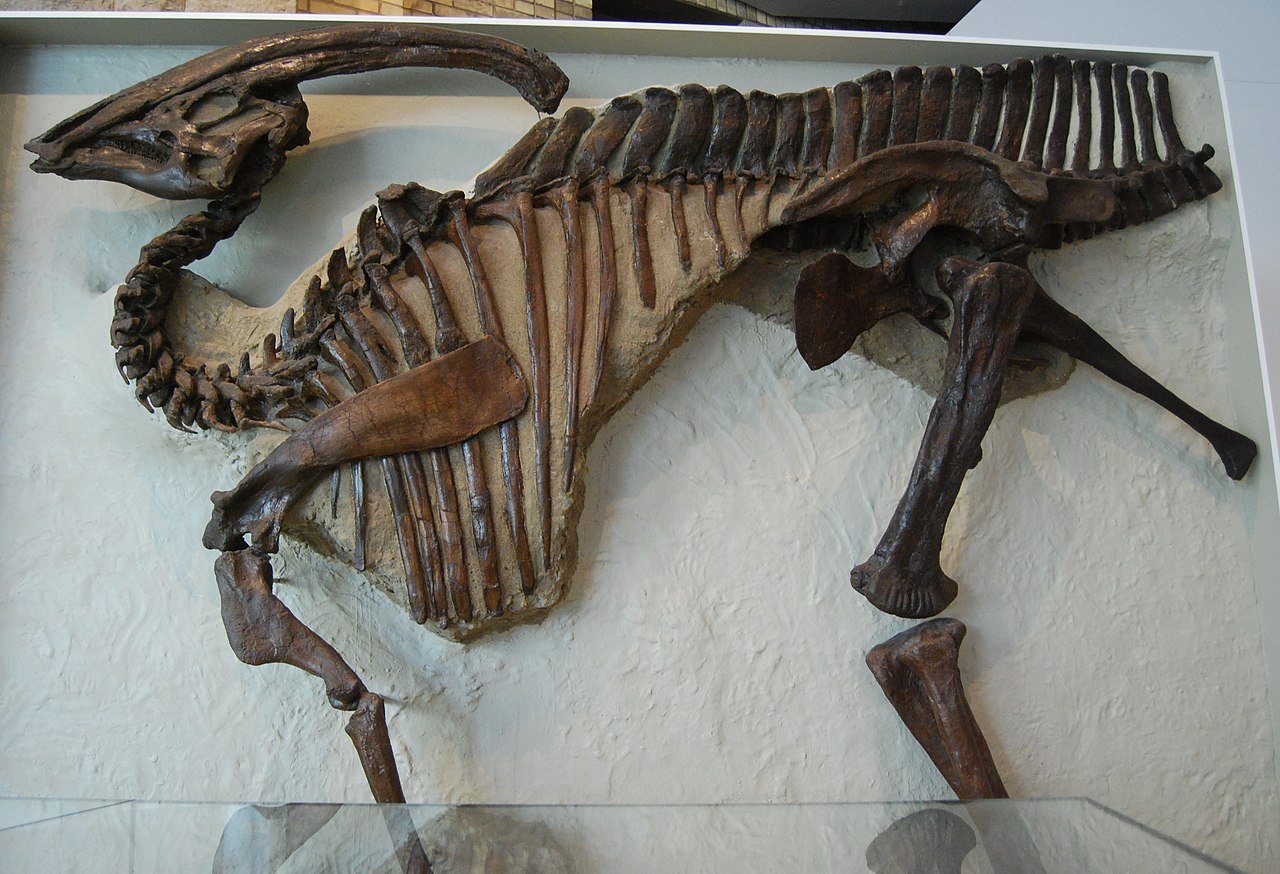 Dr Tom Stubbs, another co-leader and Research Associate in Palaeobiology in the School of Earth Sciences: "Our work has been done using new methods of evolutionary analysis. Up to now, many evolutionary studies of this kind have been quite circumstantial, but we have been able to identify times of intensive evolution using objective, numerical methods."

Over 150 million years, many hundreds of dinosaurs came and went, but in the end they all died out 66 million years ago. The new work helps confirm another recently published, and controversial, claim that most dinosaurs were already in decline 40 million years before the meteorite struck and finished them off.

Mike Benton, Professor of Vertebrate Palaeontology in the School of Earth Sciences, explained: "In other numerical work, we had found that nearly all dinosaurs showed a downturn about 100 million years ago, but the exceptions were two herbivore groups, the crested hadrosaurs and the horned ceratopsians. This study of dentition now confirms that hadrosaurs were bucking the overall downturn."

The research is published  in Scientific Reports.