A major international review of the state of the oceans 5 years after the Fukushima disaster shows that radiation levels are decreasing rapidly except in the harbor area close to the nuclear plant itself where ongoing releases remain a concern. At the same time, the review's lead author expresses concern at the lack of ongoing support to continue the radiation assessment, which he says is vital to understand how the risks are changing. 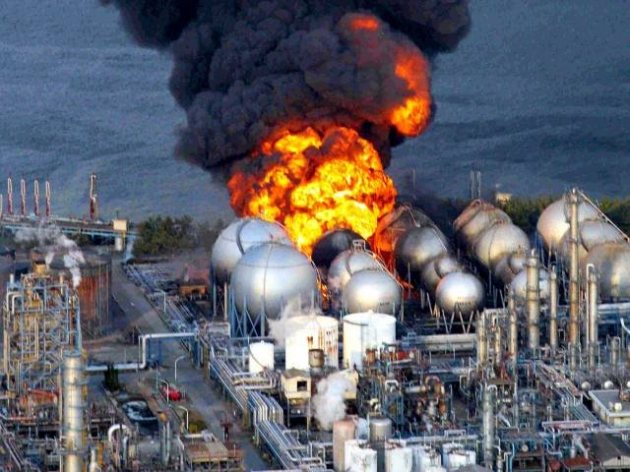 These are the conclusions of a major 5 year review, with multi-international authors who are all working together as part of a Scientific Committee on Oceanic Research (SCOR) Working Group. The report is being presented at the Goldschmidt geochemistry conference in Japan. The review paper is also published in Annual Review of Marine Science*. The main points made by the report are:

The accident. The Tohoku earthquake and tsunami on March 11, 2011 led to the loss of power and overheating at the Fukushima Daiichi Nuclear Power Plants (FDNPP), causing extensive releases of radioactive gases, volatiles and liquids, in particularly to the coastal ocean. The radioactive fall-out on land is well-documented, but the distribution of radioactivity in the seas and onto the wider oceans is much more difficult to quantify, due to variability in the ocean currents and greater difficulty in sampling.

Initial release of radioactive material. Although the FDNPP accident was one of the largest nuclear accidents and unprecedented for the ocean, the amount of 137Cs released was around 1/50th of that released by the fall out of nuclear weapons and 1/5th that released at Chernobyl. It is similar in magnitude to the intentional discharges of 137Cs from the nuclear fuel reprocessing plant Sellafield.

Initial fallout. The main release of radioactive material was the initial venting to the atmosphere. Models suggest that around 80% of the fallout fell on the ocean, the majority close to the FDNPP. There was some runoff from the land, peaking around 6 April 2011. There is a range of estimates of the total amount of 137Cs release into the ocean, with estimates clustering around 15-25 PBq (PetaBecquerel, which is 1015 Becquerel. One Becquerel is one nuclear decay per second). Other radioisotopes were also released, but the focus has been on radioactive forms of Cs given their longer half-lives for radioactive decay (134Cs = 2 yrs; 137Cs = 30 yrs) and high abundance in the FDNPP source.

Distribution in water. Cs is very soluble, so it was rapidly dispersed in the ocean. Prevailing sea currents meant that some areas received more fall-out than others due to ocean mixing processes. At its peak in 2011, the 137Cs signal right at the FDNPP was tens of millions of times higher than prior to the accident. Over time, and with distance from Japan, levels decrease significantly. By 2014 the 137Cs signal 2000km North of Hawaii was equivalent to around six times that remaining from fallout from atmospheric nuclear tests from the 1960's, and about 2-3 times higher than prior fallout levels along the west coast of N. America. 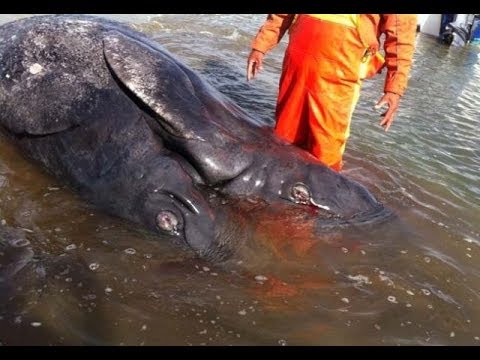 Most of the fallout is concentrated in the top few hundred metres of the sea. It is likely that maximum radiation levels will be attained off the North American coast in the 2015-16 period, before declining to 1-2 Bq per cubic metre (around the level associated with background nuclear weapon testing) by 2020. Sea-floor sediments contain less than 1% of the 137Cs released by the FDNPP, although the sea-floor contamination is still high close to the FDNPP. The redistribution of sediments by bottom-feeding organisms (more common near the coast) and storms is complex.

Uptake by marine life. In 2011, around half the fish samples in coastal waters off Fukushima had radiocesium levels above the Japanese 100Bq/kg limit, but by 2015 this had dropped to less than 1% above the limit. High levels are still found in fish around the FDNPP port. High levels of 131I were measured in fish in April 2011, but as this has a short radioactive half-life, it is now below detection levels. Generally, with the exception of species close to the FDNPP, there seem to be little long-term measurable effects on marine life.

Risk to Humans. The radiation risk to human life is comparatively modest in comparison to the 15,000 lives were lost as a result to the Tohoku earthquake and tsunami. So far, there have been no direct radiation deaths. The most exposed FDNPP evacuees received a total dose of 70 mSv, which (if they are representative of the general population) would increase their lifetime fatal cancer risk from 24% to 24.4%. However, there are still over 100,000 evacuees from the Fukushima area, and many industries such as fishing and tourism have been badly hit.

"This report pulls together much of the academic, industry and government studies to form a more complete picture of the amount of radioactivity released, its fate and transport in the ocean, whether we should be worried or not, and what can be predicted for the future. Overall, the results show a trend of decreasing radiation risk in oceans themselves and to marine life. This is generally true, except for the harbour at Fukushima NPP. The highest remaining oceanic contamination remains in seafloor sediments off coast of Japan.

Despite this, we are still concerned that there is little support to continue assessments as time goes by, in particular from the US federal agencies which have not supported any ocean studies. This is not good, as public concern is ongoing, and we can learn a lot even when levels go down in the environment, and are no longer of immediate health concern".

Prof. Bernd Grambow, Director of SUBATECH laboratory, Nantes, France and leader of the research group on interfacial reaction field chemistry of the ASRC/JAEA, Tokai, Japan, commented: "This report is an excellent summary of the impact and the fate of the release of radioactive substances to the ocean. While the distribution and impact of radioactive material becomes clearer with time, a lot of work still needs to be done. Discharge flux rates of Cs-137 to the ocean continue to be in the range of some TBq/yr. Forest and soil bound Cs-137 is only slowly being washed away, with waste piles accumulating in many places 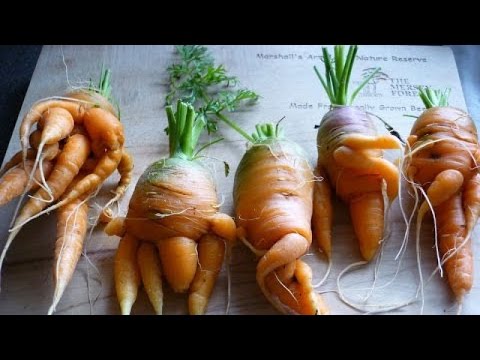 The evolution of transfer mechanisms and the flux of radioactive material through soils, plants and food chain from land to ocean are still insufficiently understood and still deserve close attention of the international scientific community."