If conditions had been just a little different an eon ago, there might be plentiful life on Venus and none on Earth.

The idea isn't so far-fetched, according to a hypothesis by Rice University scientists and their colleagues who published their thoughts on life-sustaining planets, the planets' histories and the possibility of finding more in Astrobiology this month.

The researchers maintain that minor evolutionary changes could have altered the fates of both Earth and Venus in ways that scientists may soon be able to model through observation of other solar systems, particularly ones in the process of forming, according to Rice Earth scientist Adrian Lenardic. 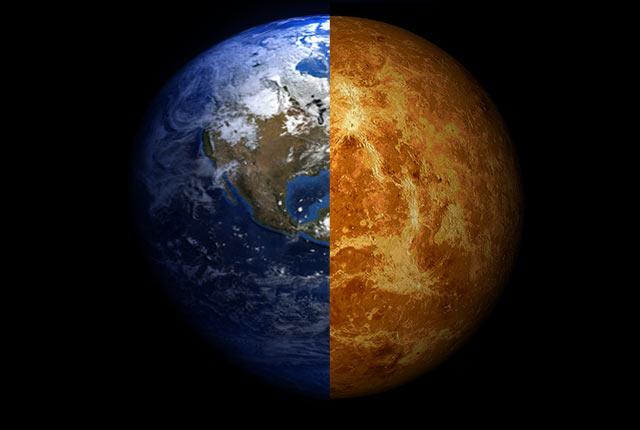 The paper, he said, includes "a little bit about the philosophy of science as well as the science itself, and about how we might search in the future. It's a bit of a different spin because we haven't actually ­­­­done the work, in terms of searching for signs of life outside our solar system, yet. It's about how we go about doing the work."

Lenardic and his colleagues suggested that habitable planets may lie outside the "Goldilocks zone" in extra-solar systems, and that planets farther from or closer to their suns than Earth may harbor the conditions necessary for life.

The Goldilocks zone has long been defined as the band of space around a star that is not too warm, not too cold, rocky and with the right conditions for maintaining surface water and a breathable atmosphere. But that description, which to date scientists have only been able to calibrate using observations from our own solar system, may be too limiting, Lenardic said.

"For a long time we've been living, effectively, in one experiment, our solar system," he said, channeling his mentor, the late William Kaula. Kaula is considered the father of space geodetics, a system by which all the properties in a planetary system can be quantified. "Although the paper is about planets, in one way it's about old issues that scientists have: the balance between chance and necessity, laws and contingencies, strict determinism and probability.

"But in another way, it asks whether, if you could run the experiment again, would it turn out like this solar system or not? For a long time, it was a purely philosophical question. Now that we're observing solar systems and other planets around other stars, we can ask that as a scientific question.

"If we find a planet (in another solar system) sitting where Venus is that actually has signs of life, we'll know that what we see in our solar system is not universal," he said. 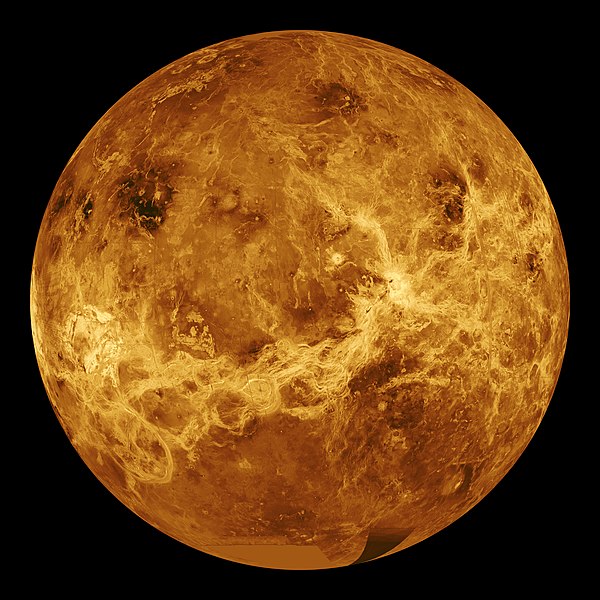 In expanding the notion of habitable zones, the researchers determined that life on Earth itself isn't necessarily a given based on the Goldilocks concept. A nudge this way or that in the conditions that existed early in the planet's formation may have made it inhospitable.

By extension, a similarly small variation could have changed the fortunes of Venus, Earth's closest neighbor, preventing it from becoming a burning desert with an atmosphere poisonous to terrestrials.

The paper also questions the idea that plate tectonics is a critical reason Earth harbors life. "There's debate about this, but the Earth in its earliest lifetimes, let's say 2-3 billion years ago, would have looked for all intents and purposes like an alien planet," Lenardic said. "We know the atmosphere was completely different, with no oxygen. There's a debate that plate tectonics might not have been operative.

"Yet there's no argument there was life then, even in this different a setting. The Earth itself could have transitioned between planetary states as it evolved. So we have to ask ourselves as we look at other planets, should we rule out an early Earth-like situation even if there's no sign of oxygen and potentially a tectonic mode distinctly different from the one that operates on our planet at present?

"Habitability is an evolutionary variable," he said. "Understanding how life and a planet co-evolve is something we need to think about."

Lenardic is kicking his ideas into action, spending time this summer at conferences with the engineers designing future space telescopes. The right instruments will greatly enhance the ability to find, characterize and build a database of distant solar systems and their planets, and perhaps even find signs of life.

"There are things that are on the horizon that, when I was a student, it was crazy to even think about," he said. "Our paper is in many ways about imagining, within the laws of physics, chemistry and biology, how things could be over a range of planets, not just the ones we currently have access to. Given that we will have access to more observations, it seems to me we should not limit our imagination as it leads to alternate hypothesis."


Rice graduate student Matt Weller, now a postdoctoral fellow at the Lunar and Planetary Institute, is a co-author of the paper. Additional co-authors are John Crowley, a geodetic engineer at the Canadian Geodetic Survey of Natural Resources Canada and an adjunct professor in the Department of Earth and Environmental Sciences at the University of Ottawa, and Mark Jellinek, a professor of volcanology, geodynamics, planetary science and geological fluid mechanics at the University of British Columbia.

The National Science Foundation supported the research.
on July 07, 2016