"If we find lots of planets like ours…we’ll know it’s likely that we aren’t alone, and that someday we might be able to join other intelligent life in the universe.”- William Borucki, principal investigator for NASA's Kepler mission

An international team of astronomers led by the University of Arizona has discovered and confirmed a treasure trove of new worlds using NASA's Kepler spacecraft on its K2 mission. Among the findings tallying 197 initial planet candidates, scientists have confirmed 104 planets outside our solar system. Among the confirmed is a planetary system comprising four promising planets that could be rocky.

A crop of more than 100 planets, discovered by NASA’s Kepler Space Telescope, includes four in Earth’s size-range orbiting a single dwarf star. Two of these planets are too hot to support life as we know it, but two are in the star’s “habitable” zone, where liquid water could exist on the surface. 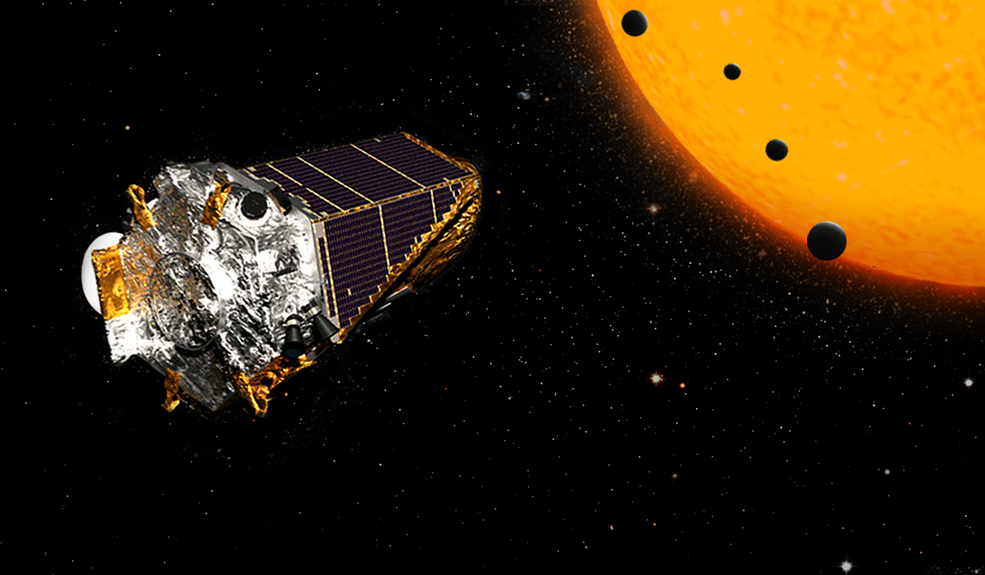 These small, rocky worlds are far closer to their star than Mercury is to our sun. But because the star is smaller and cooler than ours, its habitable zone is much closer. One of the two planets in the habitable zone, K2-72c, has a “year” about 15 Earth-days long—the time it takes to complete one orbit. This closer planet is likely about 10% warmer than Earth. On the second, K2-72e, a year lasts 24 Earth days, this slightly more distant planet would be about 6% colder than Earth.

The planets, all between 20 and 50 percent larger than Earth by diameter, are orbiting the M dwarf star K2-72, found 181 light years away in the direction of the Aquarius constellation. The star is less than half the size of the sun and less bright. The planets' orbital periods range from five and a half to 24 days, and two of them may experience irradiation levels from their star comparable to those on Earth.

Spin and twirl alien planets next to Jupiter and Earth.

Despite their tight orbits -- closer than Mercury's orbit around the sun -- the possibility that life could arise on a planet around such a star cannot be ruled out, according to lead author Ian Crossfield, a Sagan Fellow at the University of Arizona's Lunar and Planetary Laboratory.

Image montage showing the Maunakea Observatories, Kepler Space Telescope, and night sky with K2 Fields and discovered planetary systems (dots) overlaid. An international team of scientists discovered more than 100 planets based on images from Kepler operating in the ‘K2 Mission’. The team confirmed and characterized the planets using a suite of telescopes worldwide, including four on Maunakea (the twin telescopes of Keck Observatory, the Gemini-North Telescope, and the Infrared Telescope Facility). The planet image on the right is an artist’s impression of a representative planet.

The researchers achieved this extraordinary "roundup" of exoplanets by combining data with follow-up observations by earth-based telescopes including the North Gemini telescope and the W. M. Keck Observatory in Hawaii, the Automated Planet Finder of the University of California Observatories, and the Large Binocular Telescope operated by the University of Arizona. The discoveries are published online in the Astrophysical Journal Supplement Series.

Both Kepler and its K2 mission discover new planets by measuring the subtle dip in a star's brightness caused by a planet passing in front of its star. In its initial mission, Kepler surveyed just one patch of sky in the northern hemisphere, measuring the frequency of planets whose size and temperature might be similar to Earth orbiting stars similar to our sun. In the spacecraft's extended mission in 2013, it lost its ability to precisely stare at its original target area, but a brilliant fix created a second life for the telescope that is proving scientifically fruitful.

Artist's concept: Just 1.6 times larger than Earth and orbiting in the habitable zone of a sun-like star, Kepler-452b could be one of the best place in our galaxy so far to look for extraterrestrial life. Further investigation will require advanced, space-based telescopes such as those currently in development at NASA.

After the fix, Kepler started its K2 mission, which has provided an ecliptic field of view with greater opportunities for Earth-based observatories in both the northern and southern hemispheres. Additionally, the K2 mission is entirely community-driven with all targets proposed for by the scientific community.

Because it covers more of the sky, the K2 mission is capable of observing a larger fraction of cooler, smaller, red-dwarf type stars, and because such stars are much more common in the Milky Way than sun-like stars, nearby stars will predominantly be red dwarfs.

An artist's conception shows a hypothetical planet with two moons orbiting in the habitable zone of a red dwarf star. The majority of the sun's closest stellar neighbors are red dwarfs. Researchers now believe that an Earth-size planet with a moderate temperature may be just 13 light-years away. "An analogy would be to say that Kepler performed a demographic study, while the K2 mission focuses on the bright and nearby stars with different types of planets," said Ian Crossfield. "The K2 mission allows us to increase the number of small, red stars by a factor of 20, significantly increasing the number of astronomical 'movie stars' that make the best systems for further study."

To validate candidate planets identified by K2, the researchers obtained high-resolution images of the planet-hosting stars as well as high-resolution optical spectroscopy data. By dispersing the starlight as through a prism, the spectrographs allowed the researchers to infer the physical properties of a star -- such as mass, radius and temperature -- from which the properties of any planets orbiting it can be inferred.

These observations represent a natural stepping stone from the K2 mission to NASA's other upcoming exoplanet missions such as the Transiting Exoplanet Survey Satellite and James Webb Space Telescope.

This “hot Jupiter” orbits precariously close to its parent star. While blue in color, like Earth, HD 189733 is much stranger than our own planet. On this turbulent alien world, the daytime temperature is nearly 2,000 degrees Fahrenheit, and it possibly rains glass—sideways—in howling, 4,500 mph winds. 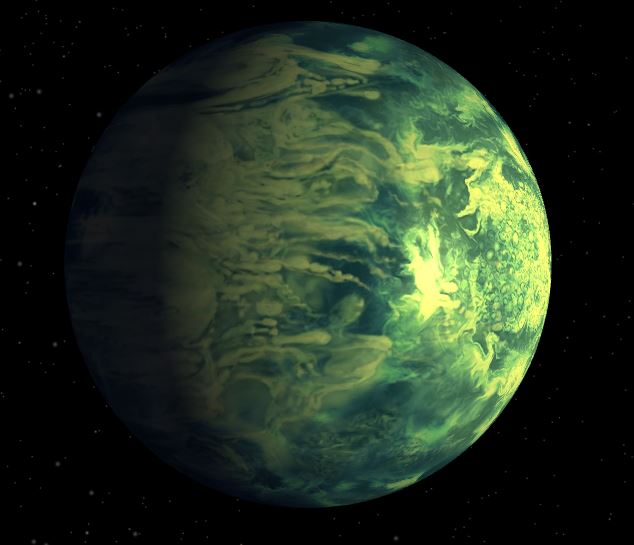 "This bountiful list of validated exoplanets from the K2 mission highlights the fact that the targeted examination of bright stars and nearby stars along the ecliptic is providing many interesting new planets," said Steve Howell, project scientist for Kepler and K2 at NASA's Ames Research Center in Moffett Field, California. "This allows the astronomical community ease of follow-up and characterization, and picks out a few gems for first study by the James Webb Space Telescope, which could perhaps provide information about their atmospheres."

Then there’s life as we don’t know it. While it makes sense to search first for something like ourselves, we don’t know yet if that’s really what we should expect. If alien life is organized around different combinations of molecules than life on Earth, we could pick up a robust signature and never even realize it—a smorgasbord of unrecognizable alien gases almost screaming “Life!”

Light from exoplanets, if passed through a prism, can be spread out into a rainbow of colors called a spectrum. Different colors correspond to different wavelengths of light. Missing colors show up as black lines, indicating specific gases are present, because each gas absorbs light in a specific wavelength (or color). Contacts and sources:
Doug Carroll
University of Arizona
on July 19, 2016