National Oceanography Centre scientists have discovered the Caribbean Sea works like a whistle.

This finding will enable scientists to predict some sea level changes many months in advance, and may be an important factor in regulating how the Gulf Stream varies.

This research, published today in Geophysical Research Letters, has found the Caribbean Current flow is unstable, which causes it to shed eddies, or swirling currents of water hundreds of kilometres in diameter. This is similar to the way in which a jet of air sheds eddies when it hits the lip of a whistle.

Rossby waves are planetary waves that determine basic meteorological conditions at latitudes outside of the tropics. Vorticity is generated in the atmospheric and ocean fluids by the rotation of the earth since these fluids can't co-rotate with the earth because of internal currents and friction and various energy losses. Vorticity is a measure of spin.
In a whistle the radiating sound comes from a resonating pressure wave created by the eddies, causing mass to be exchanged with the air around it. In the case of the current the eddies create a resonant Rossby wave in the ocean basin, which because it is not completely closed, allows water mass to be exchanged with the rest of the ocean. The net result is a sloshing of water into and out of the basin with a period of 120 days, corresponding to a note of A flat, many octaves below the audible range.

The sloshing water is big enough to be detected by its gravitational influence on the GRACE satellites.
Caribbean 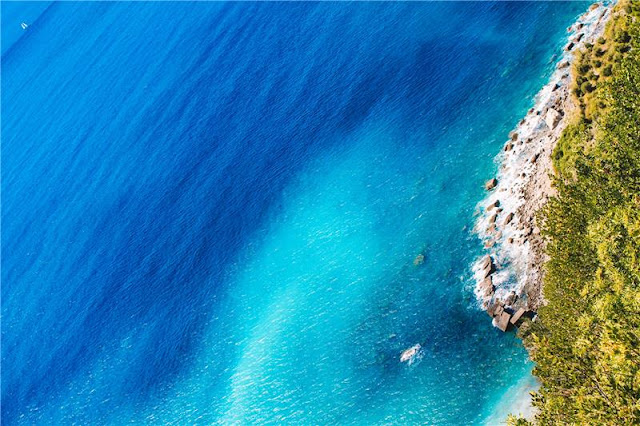 Furthermore, the Rossby wave resonance relies on a peculiar effect known as a Rossby wormhole - the wave propagates to the west across the basin where it seems to disappear, only to reappear in the east Advanced computer models of the ocean, run at the NOC, predicted this should happen. This prediction was later confirmed using a range of observations, including satellite gravity, satellite sea level measurements, coastal tide gauges and a bottom pressure recorder which is part of the global tsunami warning network.

Professor Chris Hughes, who led the research, said “It was a real surprise to find this oscillation. We were looking at ocean bottom pressure data from round the world as part of an NOC contribution to the global sea level database, which we host, and found this region. It behaved quite differently from the rest of the tropics, which are typically very quiet. With hindsight we found theoreticians had predicted this kind of behaviour, but had never thought to apply their models to the Caribbean Sea – ironically this seems to be the only place where conditions are suitable.”

The oscillation is always present, sometimes with higher and sometimes with lower amplitude. Since the waves van be seen as they propagate across the Caribbean Sea, scientists can predict when the wave will arrive at the coast and cause the sea level to rise or fall at least 120 days in advance.

The work was funded by the Natural Environment Research Council (NERC) as part of a project on Weighing the Ocean and forms part of the NOC’s ongoing research into global ocean dynamics and sea level.