The United States stands to gain more from both strengthening global institutions and rules, such as those governing trade, direct investment, and development assistance as well as engaging with the world's rising powers than from pulling back, a new RAND Corporation study argues.

The country is likely to remain the world's largest economy for many years, and can benefit from strengthening its leadership role in the international economic structures that it helped create, according to researchers.

However, the development of structures such as multilateral rules to govern new forms of trade and continued broad-based trade liberalization are fraying at the same time that rising powers are expecting more influence in organizations such as the International Monetary Fund and creating new institutions that may rival existing ones, such as the Asian Infrastructure and Investment Bank.

The report, "U.S. International Economic Strategy in a Turbulent World," is available at free. 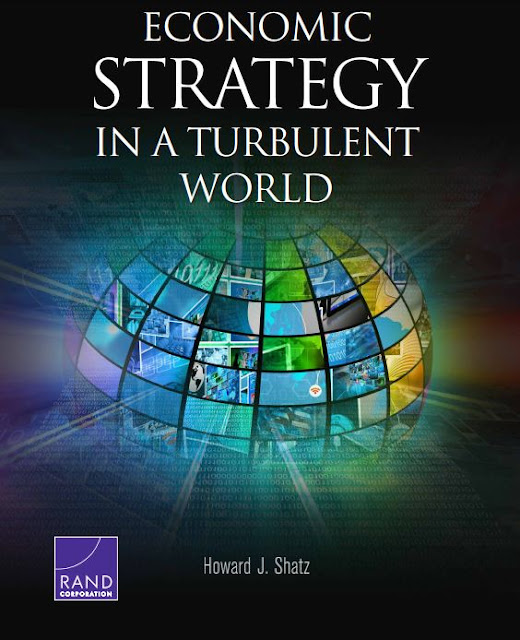 It is the strength of the U.S. economy that supports America's international power, making the next administration's economic choices among its most crucial, according to the report.

"The United States should strive to maintain and improve economic growth by integrating growing economic powers, improving rules to foster free exchange, spurring growth so lives are improved and demonstrating to countries that a U.S.-led economic system is a desirable one in which to participate," said Howard Shatz, author of the report and senior economist at RAND, a nonprofit, nonpartisan research organization.

Though the United States largely has recovered from the worst financial crisis since the Great Depression, RAND researchers say the nation still faces two important domestic weaknesses that may hamper its ability to strongly implement an international strategy: labor market challenges and the threat of mounting government debt.

Beyond its shores, the United States faces three seminal challenges. They are the fraying of international economic institutions, China's growing economic power and the need to bolster the weak economies of friendly powers.

"The world economy faces numerous challenges as of early 2016," Shatz said. "Growth in most major economies either has slowed or is slowing, a major multilateral trade round has failed, global debt is increasing, especially that of emerging markets, and the economies of developing countries are slowing as well, stemming in part from China's economic slowdown."

Among the major advanced economies, the United States faces the best growth prospects, while growth among traditional allies, particularly Europe and Japan, is weaker.

The RAND report suggests that U.S. policymakers pay particular attention to maintaining and improving the rules-based international economic system which has helped create opportunity and led to a reduction of poverty of historic magnitudes. It is difficult to conceive of an alternative system that will deliver the same gains, according to researchers.

The United States will benefit by working with China and better integrating it into the existing system, as well as supporting the economic growth of allies and partners, and using economic tools to deter unwanted behavior and adversaries, the study finds.

It recommends that the United States approve some version of a Pacific trade deal, whether or not the current Trans-Pacific Partnership is ratified by Congress. Washington also should complete a U.S.-Europe trade deal to help spur growth in weaker allied economies and consider how the World Trade Organization could leverage such deals as the basis for a new round of global trade talks.

The report is the fifth in a "strategic rethink" series in which RAND researchers explore the elements of a national strategy for the conduct of U.S. foreign policy in a fast-changing world.