If you cast your eyes toward the constellation Cygnus, you'll be looking in the direction of the largest planet yet discovered around a double-star system. It's too faint to see with the naked eye, but a team led by astronomers from NASA's Goddard Space Flight Center in Greenbelt, Maryland and San Diego State University (SDSU) in California, used NASA's Kepler Space Telescope to identify the new planet, Kepler-1647b.

The discovery was announced yesterday in San Diego at a meeting of the American Astronomical Society. The research has been accepted for publication in the Astrophysical Journal with Veselin Kostov, a NASA Goddard postdoctoral fellow, as lead author.

Kepler-1647 is 3,700 light-years away and approximately 4.4 billion years old, roughly the same age as Earth. The stars are similar to the sun, with one slightly larger than our home star and the other slightly smaller. The planet has a mass and radius nearly identical to that of Jupiter, making it the largest transiting circumbinary planet ever found. 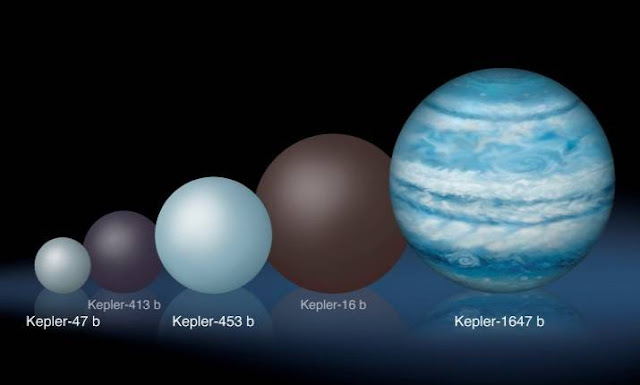 Planets that orbit two stars are known as circumbinary planets, or sometimes "Tatooine" planets, after Luke Skywalker's home world in "Star Wars." Using Kepler data, astronomers search for slight dips in brightness that hint a planet might be passing or transiting in front of a star, blocking a tiny amount of the star's light.

"But finding circumbinary planets is much harder than finding planets around single stars," said SDSU astronomer William Welsh, one of the paper's coauthors. "The transits are not regularly spaced in time and they can vary in duration and even depth."

"It's a bit curious that this biggest planet took so long to confirm, since it is easier to find big planets than small ones", said SDSU astronomer Jerome Orosz, a coauthor on the study. "But it is because its orbital period is so long."

The planet takes 1,107 days - just over 3 years - to orbit its host stars, the longest period of any confirmed transiting exoplanet found so far. The planet is also much further away from its stars than any other circumbinary planet, breaking with the tendency for circumbinary planets to have close-in orbits. Interestingly, its orbit puts the planet with in the so-called habitable zone-the range of distances from a star where liquid water might pool on the surface of an orbiting planet

Like Jupiter, however, Kepler-1647b is a gas giant, making the planet unlikely to host life. Yet if the planet has large moons, they could potentially be suitable for life.

This is an artist's rendering of the planet Kepler-1647b. 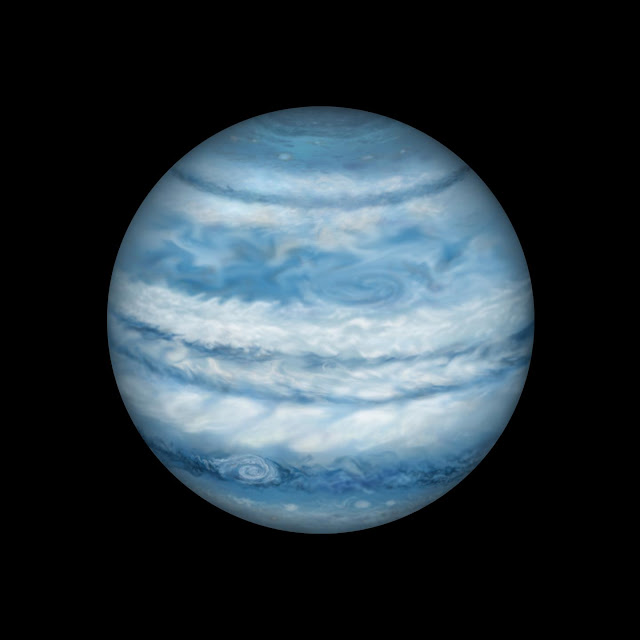 "Habitability aside, Kepler-1647b is important because it is the tip of the iceberg of a theoretically predicted population of large, long-period circumbinary planets," said Welsh.

Once a candidate planet is found, researchers employ advanced computer programs to determine if it really is a planet. It can be a grueling process.

Laurance Doyle, a coauthor on the paper and astronomer at the SETI Institute, noticed a transit back in 2011. But more data and several years of analysis were needed to confirm the transit was indeed caused by a circumbinary planet. A network of amateur astronomers in the Kilodegree Extremely Little Telescope "Follow-Up Network" provided additional observations that helped the researchers estimate the planet's mass.