Key Feature of Life Discovered Outside Our Solar System

Research with CSIRO's Parkes telescope has discovered the first molecule in space that has a key attribute associated with life - 'handedness' or chirality.

The breakthrough is expected to help scientists solve one of the greatest mysteries in biology – the origin of homochirality - and offer insights into what we can expect from life throughout the universe.

The finding is being announced at a meeting of the American Astronomical Society today and will appear in the journal Science.

Like your two hands, many molecules can exist in forms that are mirror images of each other. 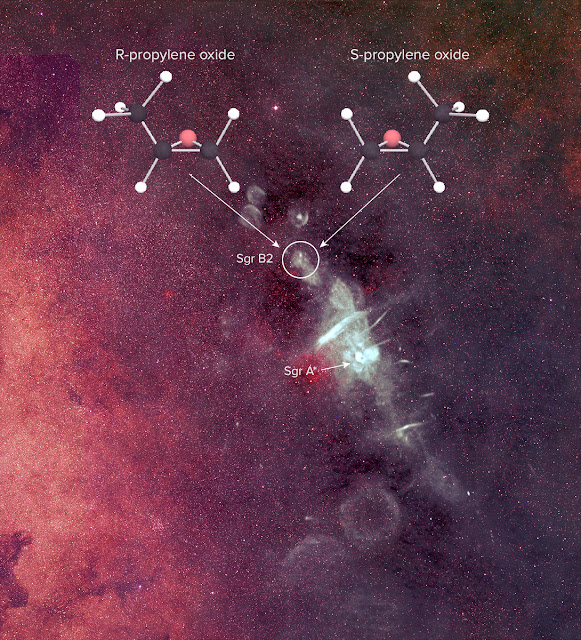 But molecules associated with life, such as amino acids, proteins, enzymes and sugars, are found in nature in only one form.

For example, the amino acids that make up proteins only exist in the left-handed form, while the sugars found in DNA are exclusively right-handed. This phenomenon is known as homochirality.

The S (Latin for sinister, left) and R (Latin for rectus, right) versions of the chiral molecule propylene oxide, which was discovered in a massive star-forming region near the center of our Galaxy. This is the first detection of a chiral molecule in interstellar space. 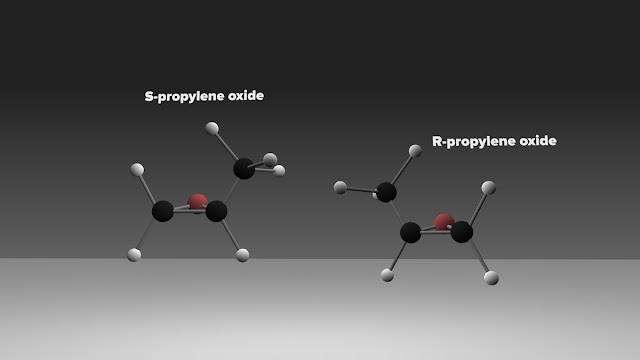 "Understanding how this came about is a major puzzle in biology," Director of Operations at CSIRO Astronomy and Space Science, Dr John Reynolds said.

Chiral molecules are essential to biology on Earth, but until now they hadn't been known to exist outside our own solar system.

Now for the first time a 'handed' molecule, propylene oxide, has been detected in space with the Parkes telescope and the Green Bank Telescope in the USA.

"This discovery gives us a window into how an incredibly important type of molecule is made in space, and gives us the chance to understand the impact that process may have on life in the universe," Dr Reynolds said.

The chemical was found in a region near the centre of our Milky Way galaxy in an interstellar cloud, Sagittarius B2, that is actively forming stars.

An Australian finding two decades ago suggested how the light from a forming star could 'bias' the molecules in space around it, leading to one of the handed forms being more common than the other.

The detection of propylene oxide was led by Brett McGuire (US National Radio Astronomy Observatory) and P. Brandon Carroll (California Institute of Technology).

Parkes discovered its first interstellar molecule, HCHS (thioformaldehyde), in 1971, and went on to find others.