Can Computers Do Magic?

Magicians could join composers and artists in finding new ideas for their performances by using computers to create new magic effects, according to computer scientists at Queen Mary University of London (QMUL).

Writing in the open access journal Frontiers in Psychology, the scientists, one of whom is also practicing magician, have looked at modelling particular human perceptual quirks and processes, and building computer systems able to search and find designs for new tricks based on these potential responses from the audience. 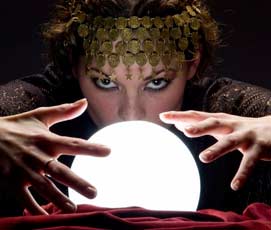 Co-author Professor Peter McOwan from QMUL's School of Electronic Engineering and Computer Science, said: "While there's much speculation as to when computers might take over human jobs, it's safe to assume magicians don't have to worry...yet

"Where computer science and artificial intelligence can help is in conjuring new tricks, which the magician could then perform."

The internet and social media platforms, such as Snapchat, Instagram and Facebook, provide rich sets of ready-made psychological data about how people use language in day-to-day life.

This kind of data, the authors explain in the paper, could be exploited by computational systems that combine and search large datasets to automatically generate new tricks, by relying on the often ambiguous mental associations people have with particular words in certain contexts. For example, using clusters of words and their associated meanings could allow a magician to predict how a spectator might make connections between seemingly incongruous words in the right context and predict what they might say in a particular situation.

Co-author Dr Howard Williams also from QMUL's School of Electronic Engineering and Computer Science, said: "Magicians and trick designers, and those in other creative fields, such as music and design, already use machines as development aids, however we point out that computers also have the potential to be creative aids, generating some aspects of the creative output themselves - though currently in a highly supervised way."

Stage magic: where computers could be used to evaluate the range of comfortable positions a concealed body could take in a cabinet;

Optical illusions: to manipulate our perceptions of the shape of objects or where designers use software packages to model the trick in 3D

Close-up magic: which relies on misdirection and sleight of hand. Here, computer science can give magicians a better understanding of the human visual system and how to beat the spectator's gaze.