A study of ancient geological pools of CO2 around the world is enabling researchers to identify key criteria for storing the gas effectively.

Their research will inform development of technology known as Carbon Capture and Storage (CCS), in which CO2 from power stations is held deep underground, to prevent emissions from contributing to climate change. 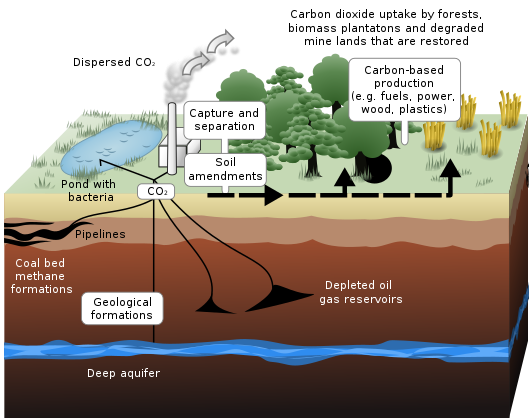 The findings provide further evidence that this approach is secure in the long term, and will influence the selection and design of future CO2 storage sites.

In the most complete analysis of its kind, researchers from the Universities of Edinburgh and Strathclyde studied data on 76 natural CO2 reservoirs in America, Europe, Asia and Australia. These gas pools - many more than a million years old - were formed as a result of geological changes, volcanic activity, or from decayed plants and animals.

Researchers have identified geological conditions best suited to long-term CO2 storage - such as optimum temperature, pressure, and type of rock. They found that sites deeper than 1200 metres, high density of gas and multiple, thick rocks to cap reservoirs were all beneficial.

They have shown that the biggest cause of leaks was movement of gas through geological faults. Leaks of CO2 from storage would not only contribute to greenhouse gas emissions to the atmosphere, but pose a health risk and undermine public confidence in CCS technology.

The study, published in the International Journal of Greenhouse Gas Control, was supported by the European Community and the Scottish Centre for Carbon Capture and Storage.

Dr Johannes Miocic, of the University of Edinburgh's School of GeoSciences, lead researcher on the study, said: "Lessons for safe CO2 storage can be learned from nature, which has been containing greenhouse gas securely for millennia."

Dr Stuart Gilfillan, also of the School of Geosciences, the study co-ordinator, said: "This study confirms that our current approach to creating CO2 stores is effective, and will help ensure that future CCS sites are safe and secure."

Contacts and sources:
Catriona Kelly
University of Edinburgh
on June 20, 2016