The heavily studied yet largely unexplained disappearance of ancestral Pueblo people from southwest Colorado is "the most vexing and persistent question in Southwestern archaeology," according to the New York Times.

But it's not all that unique, say Washington State University scientists. Writing in the journal Science Advances, they say the region saw three other cultural transitions over the preceding five centuries. The researchers also document recurring narratives in which the Pueblo people agreed on canons of ritual, behavior and belief that quickly dissolved as climate change hurt crops and precipitated social turmoil and violence.

Pueblo Bonito, one of the largest Great Houses in New Mexico's Chaco Canyon, grew out of one of several cultural transformations that researchers have documented in the ancient Southwest. 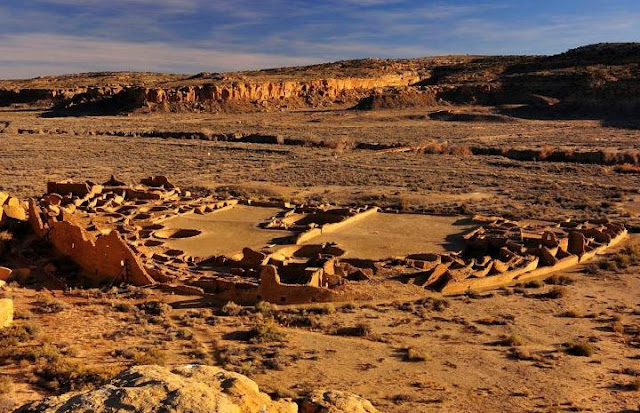 "The process of releasing one's self from those canons, the process of breaking that down, can occur very quickly and occurred very quickly four times in the Pueblo past," said Kyle Bocinsky, a WSU adjunct faculty member in anthropology and director of sponsored projects for the Crow Canyon Archaeological Center in Cortez, Colo. The article grew out of work toward Bocinsky's WSU doctorate.

Funded by the National Science Foundation, Bocinsky, WSU Regents Professor Tim Kohler and colleagues analyzed data from just over 1,000 southwest archaeological sites and nearly 30,000 tree-ring dates that served as indicators of rainfall, heat and time. Their data-intensive approach, facilitated by climate reconstructions run at the National Center for Supercomputing Applications at the University of Illinois at Urbana-Champaign, gives a remarkably detailed picture of year-to-year changes.

This is particularly important as droughts of just five or ten years were enough to prompt major shifts in the small niches where Pueblo people grew maize, their major crop.

The niches, said Kohler, were "woven together with a web of ceremony and ritual that required belief in the supernatural" to ensure plentiful rain and good crops. When rains failed to appear, he said, the rituals were delegitimized.

"Then there's a point where people say, 'This isn't working. We're leaving,'" he said.

That starts a period of exploration in which people look for new places to live and develop new ways of living, followed by a period of exploitation in a new niche with different behaviors and values.

The researchers said the first period of exploitation, known as Basketmaker III, took place between 600 and 700 A.D. It ended with a mild drought and was followed by a period known as Pueblo I, in which the practice of storing maize in underground chambers gave way to storage in rooms above ground.

The researchers think this represents a shift from unrestricted sharing of food to more restricted exchanges controlled by households or family groups. The period ended around 890 with a slightly larger drought.

The exploitation phase of the Pueblo II period ran from 1035 to 1145 and was marked by large shared plazas and great houses--what we would today call McMansions--in the Chaco Canyon area south of Mesa Verde, Colo.

An image of the ruins of Chetro Ketl in Chaco Canyon (New Mexico, United States); shown is the complex's great kiva. 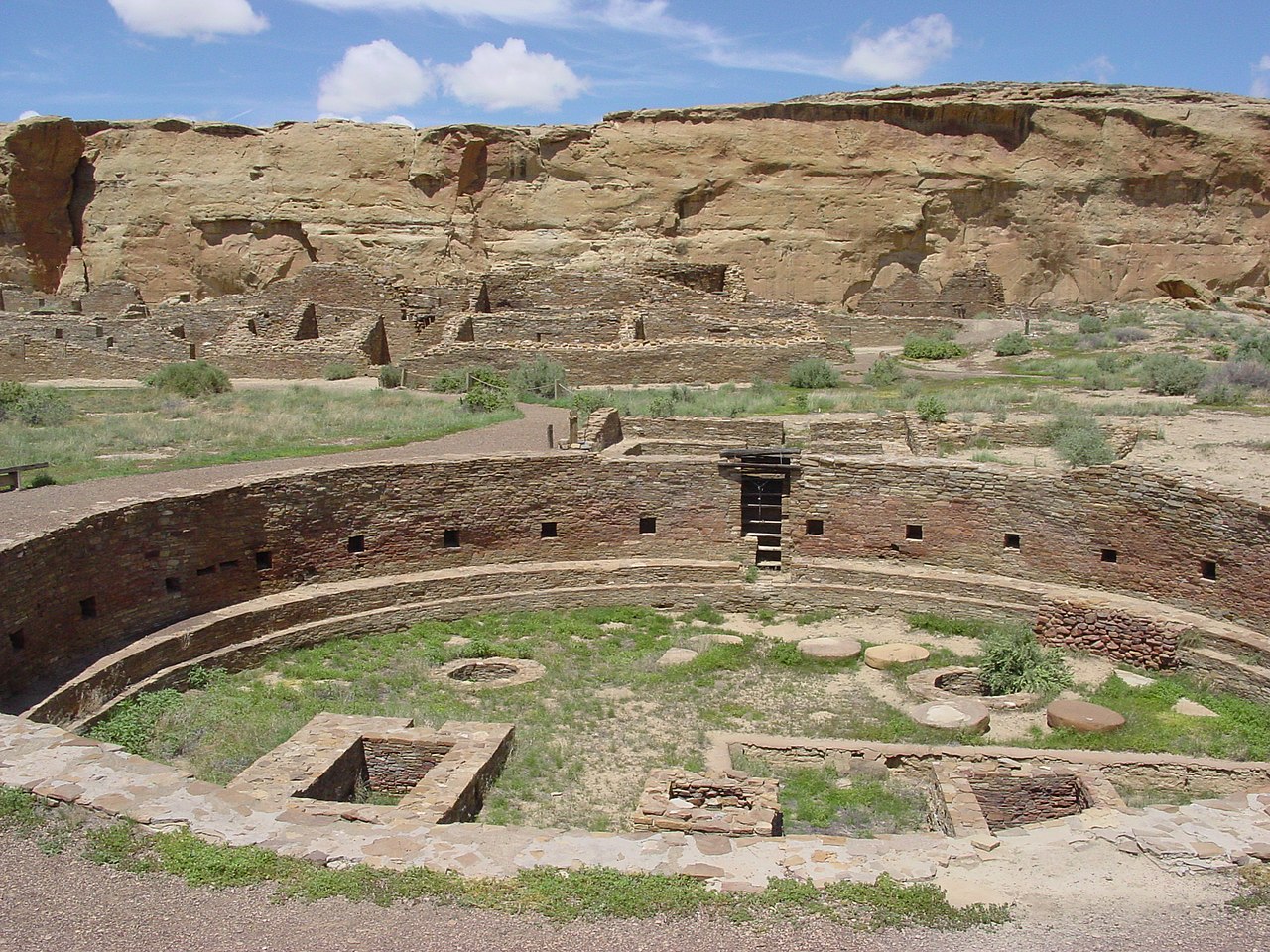 "We're talking some of the largest--actually, the largest--prehistoric masonry structures in North America north of Mexico," said Kohler. "These things are huge."

Wood for roofs had to come from 50 to 75 miles away, requiring an unprecedented level of coordination. The mix of large and small buildings also suggests a more hierarchal social structure with someone in charge.

Pueblo III, which peaked around 1250, featured restricted access to civic and ceremonial spaces and has some of the greatest evidence of social inequality. This period ended with the largest and most widespread of the four droughts. By contrast, the ensuing Pueblo IV period had big rectangular pueblos with apartments surrounding large shared plazas and civic ceremonial spaces.

"It's as if everybody has equal access to where all the important stuff happens," said Bocinsky. "That's been interpreted as being far more egalitarian in how people were organizing themselves as a society than what we see during any of the previous periods."

The researchers hope their analysis of societal expansion and collapse, as well as periods of exploration and exploitation, can be applied to other Neolithic societies whose economic, organizational and ritual practices collapsed when they failed to meet expectations.

To varying degrees, Bocinsky and Kohler also draw parallels to the current dissatisfaction among people who have yet to recover from the last recession.

"A lot of the nation has not recovered since 2008, and what you're seeing is a populist movement to radically reorganize the way that politics is done in this country," said Bocinsky. "We're seeing that need to reorganize four times in the Pueblo record."

Bocinsky and Kohler collaborated on their paper with Jonathan Rush of the University of Illinois at Urbana-Champaign and Keith Kintigh of Arizona State University.

The work is in keeping with WSU's Grand Challenges, a suite of research initiatives aimed at large societal issues. It is particularly relevant to the themes of sustainable resources and advancing opportunity and equity.