Archaeologists at the University of York, leading a large international team, have revealed surprising new insights into why pottery production increased significantly at the end of the last Ice Age – with culture playing a bigger role than expected.

Investigating the use and expansion of hunter-gatherer pottery in Japan, home to some of the earliest pottery in the world, researchers analysed 143 ceramic vessels from Torihama, an ancient site in western Japan. 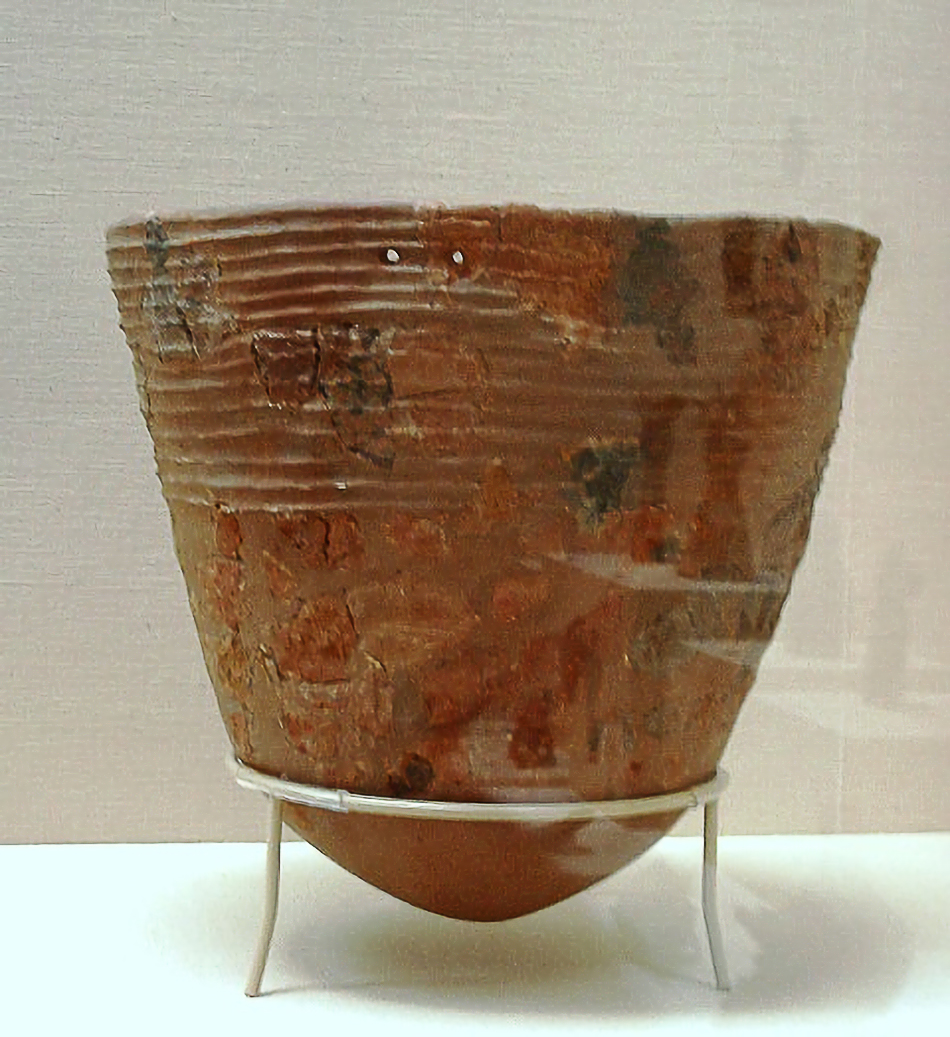 
Pottery is thought to have originated in Japan around 16,000 years ago, but the numbers produced vastly increased 11,500 years ago, coinciding with a shift to a warmer climate. As resurgence in forests took place, an increase in vegetation and animals led to new food sources becoming available.

Previous thinking suggested that pottery use and production increased to accommodate different cooking and storage techniques for the wider variety of foodstuffs available at this time. However, new analysis reveals this not to be the case.

One of several thousand Jomon pots from Torihama in Western Japan dating to ca. 6,000 to 7,000 years ago

Performing molecular and isotopic analysis of lipids extracted from vessels spanning a 9000 year period, the researchers found that pottery was used largely for cooking marine and freshwater animal species – a routine that remained constant despite climate warming and new resources becoming available.

Finding surprisingly little evidence of plant processing in pottery, or cooking of animals such as deer, researchers found the only significant change to be the different types of fish consumed, such as an increase in freshwater fish.

This functional resilience in pottery use, in the face of climatic changes, suggests that cultural influences rather than environmental factors are more important in the widespread uptake of pottery.

Dr Oliver Craig, Director of BioArCh in York’s Department of Archaeology, said: “Here, we are starting to acquire some idea of why pottery was invented and became such a successful technology. Interestingly, the reason seems to be little to do with subsistence and more to do with the adoption of a cultural tradition, linked to celebratory occasions and competitive feasting, especially involving the preparation of fish and shellfish.

“The endurance of this transition means it was embedded in East Asian foragers’ social memory for hundreds of generations, perhaps reflecting the need for a dependable method to exploit a sustainable food in an uncertain and changing world.”

Dr Alexandre Lucquin, Research Associate in BioArCh and first author of the article, said: “The preservation of lipids on ceramic material of this antiquity is remarkable. The analysis provides the first insights into how pottery use changed during massive climate change at the end of the last Ice Age.”

Dr Shinya Shoda, a visiting research fellow from Nara National Research Institute for Cultural Properties who participated in the study, said: “The findings prompt a new phase of ceramic research in East Asia, highlighting the need for widespread organic analysis of our long, rich and varied pottery records.”

Contacts and sources:
Saskia Angenent
University of York
on March 24, 2016