A pregnant Tyrannosaurus rex that roamed Montana 68 million years ago may be the key to discerning gender differences between theropod, or meat-eating dinosaur, species. Researchers from North Carolina State University and the North Carolina Museum of Natural Sciences have confirmed the presence of medullary bone – a gender-specific reproductive tissue – in a fossilized T. rex femur. Beyond giving paleontologists a definitively female fossil to study, their findings could shed light on the evolution of egg laying in modern birds.

Medullary bone is only found in female birds, and then only during the period before or during egg laying. It is chemically distinct from other bone types, like the dense cortical bone that makes up the outer portion of our bones, or the spongy cancellous bone found inside them. This is because medullary bone has to be laid down and mobilized quickly in order for birds to shell their eggs. Theropod dinosaurs, the broader dinosaurian group that includes modern birds and other toothy relatives such as T. rex, also laid eggs in order to reproduce, and paleontologists have hypothesized that they may have had medullary bone as well.

In 2005, Mary Schweitzer, an NC State paleontologist with a joint appointment at the NC Museum of Natural Sciences and lead author of a paper describing the research, found what she believed to be medullary bone in the femur of a 68 million year old T. rex fossil (MOR 1125).

“All the evidence we had at the time pointed to this tissue being medullary bone,” Schweitzer says, “but there are some bone diseases that occur in birds, like osteopetrosis, that can mimic the appearance of medullary bone under the microscope. So to be sure we needed to do chemical analysis of the tissue.”

Medullary bone contains keratan sulfate, a substance not present in other bone types, but it was previously thought that none of the original chemistry of dinosaur bone would survive millions of years. However, Schweitzer and her colleagues conducted a number of different tests on the T. rex sample, including testing for keratan sulfate using monoclonal antibodies, and compared their results to the same tests performed on known medullary tissue from ostrich and chicken bone. Their findings confirmed that the tissue from the T. rex was medullary bone.

“This analysis allows us to determine the gender of this fossil, and gives us a window into the evolution of egg laying in modern birds,” Schweitzer says, although she adds that the fleeting nature of medullary bone means that finding more of it in the fossil record may be difficult.

The femur of MOR 1125 was already broken when Schweitzer got it, and she acknowledges that most paleontologists wouldn’t want to cut open or demineralize their fossils in order to search for rare medullary bone. However, co-author Lindsay Zanno, an N.C. Museum of Natural Sciences paleontologist with a joint appointment at NC State, showed that CT scans of fossils may help narrow down the search.

“It’s a dirty secret, but we know next to nothing about sex-linked traits in extinct dinosaurs. Dinosaurs weren’t shy about sexual signaling, all those bells and whistles, horns, crests, and frills, and yet we just haven’t had a reliable way to tell males from females,” Zanno says. “Just being able to identify a dinosaur definitively as a female opens up a whole new world of possibilities. Now that we can show pregnant dinosaurs have a chemical fingerprint, we need a concerted effort to find more.” 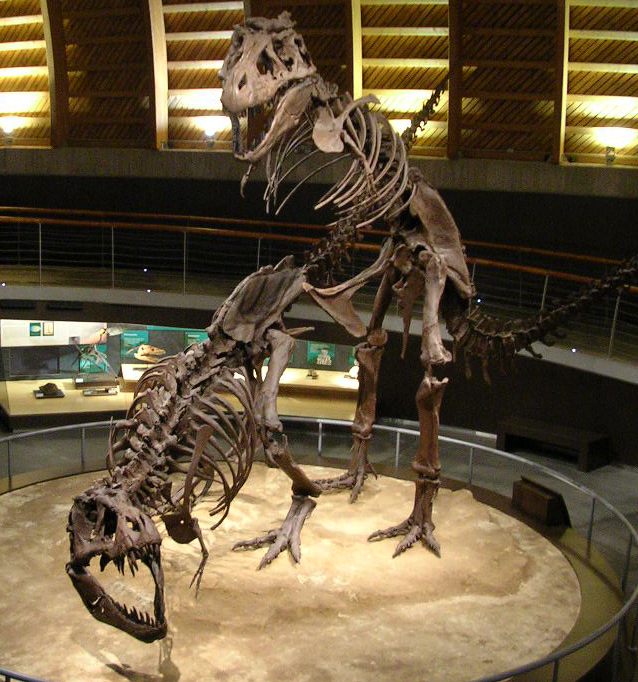 The research appears in Scientific Reports. Funding was provided by the National Science Foundation and the David and Lucile Packard Foundation. Wenxia Zheng of NC State, Sarah Werning of Des Moines University, and Toshie Sugiyama of Niigata University, Japan, also contributed to the work.