Like the gravitational forces that are responsible for the attraction between the Earth and the moon as well as the dynamics of the entire solar system, there exist attractive forces between objects at the nanoscale. These are the so-called van der Waals forces, which are ubiquitous in nature and thought to play a crucial role in determining the structure, stability and function of a wide variety of molecules and materials.

Treating van der Waals interactions as coupling between waves is a paradigm shift for chemistry and materials science. 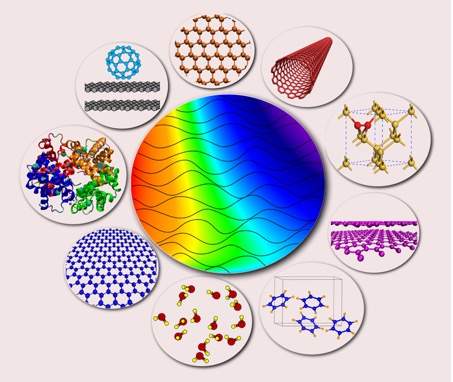 A group of researchers, led by Alexandre Tkatchenko, Professor at the University of Luxembourg, demonstrated that the true nature of these forces differs from conventional wisdom in chemistry and biology.

The scientists showed that these interactions have to be treated as coupling between waves rather than as mutual attraction between particles. “In the simplest case, you can think of two chains of atoms and you could identify points in these chains that are attracted to each other. Typically, you would compute the van der Waals energy by just summing up all these pairs,” explains Alexandre Tkatchenko, Professor of Condensed-Matter Physics at the Faculty of Science, Technology and Communication (FSTC) of the University of Luxembourg.

“However, we demonstrated that at realistic distances between nanoscale materials this is not true, and instead of particles you have to view them as waves. This drastically affects the way we think about these omnipresent interactions,” says Tkatchenko.

The research is likely to have an important impact on material science. Over the last two decades, scientists managed to change the properties of existing materials by incorporating nanomaterials, for example they enhanced stress response or achieved high conductivity of polymer composites.

“In order to understand all the properties of such nanocomposites you have to comprehend how they self-assemble at the nanoscale. The assembly of these materials is mainly driven by van der Waals interactions,” Prof Tkatchenko adds. As van der Waals forces are critical for many industrial applications, such as the manufacture of nanocomposites, this work could have a great impact on the refinement of processing techniques in that area.

The article entitled ‘Wavelike Charge Density Fluctuation and van der Waals Interactions at the Nanoscale’ is the result of an international and multi-disciplinary collaboration among four research institutions (Fritz Haber Institute of the Max Planck Society, University of Padova, Cornell University, and University of Luxembourg).

“This work provides both a qualitatively correct conceptual framework for describing van der Waals forces at the nanoscale as well as a quantitatively accurate computational framework for predicting how these ubiquitous interactions influence the physical and chemical properties of matter,” adds Robert A. DiStasio Jr., Assistant Professor of Chemistry and Chemical Biology at Cornell University (USA) and one of the lead co-authors.