Ocean Acidification Takes a Toll on California's Coastline at Nighttime

A new study, based on the most-extensive set of measurements ever made in tide pools, suggests that ocean acidification will increasingly put many marine organisms at risk by exacerbating normal changes in ocean chemistry that occur overnight. Conducted along California's rocky coastline, the study from Carnegie's Ken Caldeira and Lester Kwiatkowski shows that the most-vulnerable organisms are likely to be those with calcium carbonate shells or skeletons. It is published by Scientific Reports.

This is a sea anemone in the intertidal zone of the UC Bodega Marine Reserve. 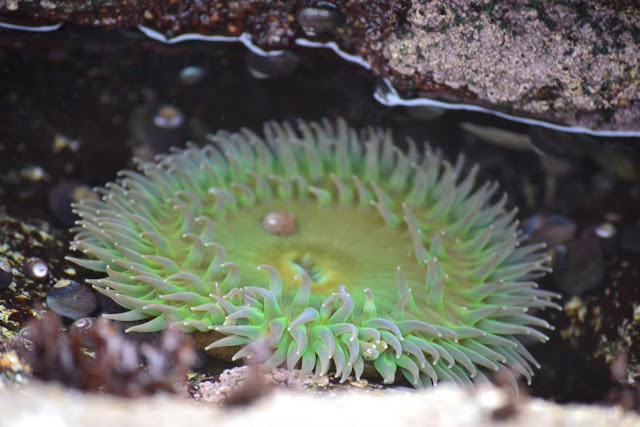 
When carbon dioxide emissions from cars or power plants are absorbed by the oceans, it changes seawater chemistry and makes it more acidic, a process called "ocean acidification." Increasing ocean acidity makes it difficult for organisms that construct their shells and exoskeletons out of calcium carbonate, such as mussels and oysters, to continue to build these protective layers. In high enough concentrations, carbon dioxide can even cause these shells and skeletons to dissolve entirely.

Tide pools along California's rocky coast are isolated from the open ocean during low tides. During the daytime, photosynthesis--the mechanism by which plants convert the Sun's energy and atmospheric carbon dioxide into sugar, giving off oxygen in the process--takes up carbon dioxide from the seawater and acts to reverse ocean acidification's effects. However, at night, plants and animals respire just like we do, taking up oxygen and releasing carbon dioxide. This adds carbon dioxide to the seawater and exacerbates effects of ocean acidification, causing the increasing risk to calcifying organisms.

Study area along the rocky coast of the UC Bodega Marine Reserve, California. 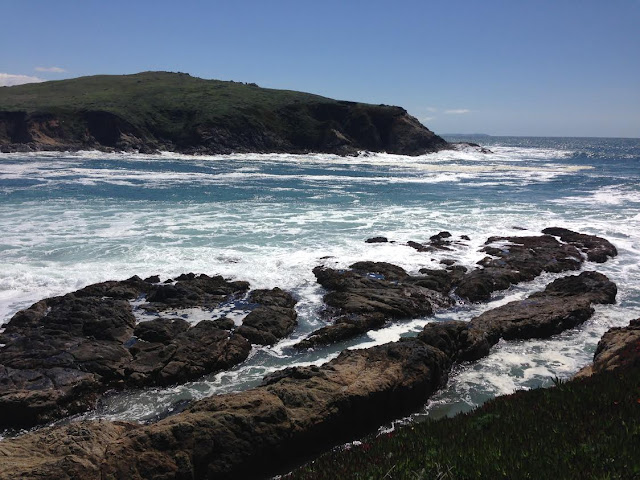 
Observing a variety of California's natural rocky tide pools on the UC Bodega Marine Laboratory, the authors found that the rate of shell and skeletal growth was not greatly affected by seawater chemistry in the daytime. However, during low tide at night, water in the tide pools became corrosive to calcium carbonate shells and skeletons. The study found evidence that the rate at which these shells and skeletons dissolved during these nighttime periods was greatly affected by seawater chemistry.

"Unless carbon dioxide emissions are rapidly curtailed, we expect ocean acidification to continue to lower the pH of seawater," said Kwiatkowski, the study's lead author. "This work highlights that even in today's temperate coastal oceans, calcifying species, such as mussels and coralline algae, can dissolve during the night due to the more-acidic conditions caused by community respiration."

Caldeira added: "If what we see happening along California's coast today is indicative of what will continue in the coming decades, by the year 2050 there will likely be twice as much nighttime dissolution as there is today. Nobody really knows how our coastal ecosystems will respond to these corrosive waters, but it certainly won't be well."