Basic and Clinical Andrology published results today on a preclinical trial of a new male contraceptive called Vasalgel that provides rapid and durable contraception with a single injection.

Men currently have few options for reproductive control, including condoms and vasectomy. While condoms are widely available and useful in preventing disease when used correctly, they have an 18% yearly pregnancy rate in typical use. Vasectomy is effective, but must generally be considered permanent. There are no long-acting, reversible contraceptives currently available for men. 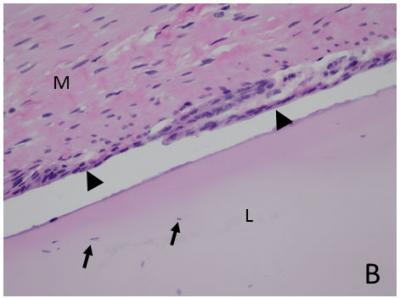 With over 85 million unintended pregnancies occurring annually world-wide, demand for new contraceptive methods is strong and growing. International surveys indicate that the majority of men would be willing to use new male contraceptive methods, with variation depending on demographic and cultural attributes. Scientists have discovered a number of possible methods to control fertility in men over the last decades, but no new option has yet made it to market, due mainly to financial and regulatory hurdles. Additionally, much of the research has been on hormonal approaches, even though many men favor a non-hormonal option because of hormonal side effects and safety risks.

The study results published today confirm that Vasalgel has the potential to fill the gap in male contraception availability. It consists of styrene-alt-maleic acid (SMA) dissolved in dimethyl sulfoxide and could be the first long-acting, non-hormonal, potentially reversible male contraceptive to reach market.

The initial rabbit study provided evidence for Vasalgel's value as an effective male contraceptive. The study tested two different formulations of the test article having either 100% SMA acid or 80% SMA acid/20% SMA anhydride. After the gel was injected into the vas deferens of 12 rabbits, semen analysis revealed that 11 rabbits were azoospermic in all samples, having no quantifiable sperm in their semen at all. One rabbit had a few samples with very small numbers of sperm before also becoming azoospermic. Both test articles were equally effective. The study also confirmed that the contraceptive effect was durable over the 12 month study period. The response of the vasa deferentia tissue was minimal with characteristics of a normal foreign body response. 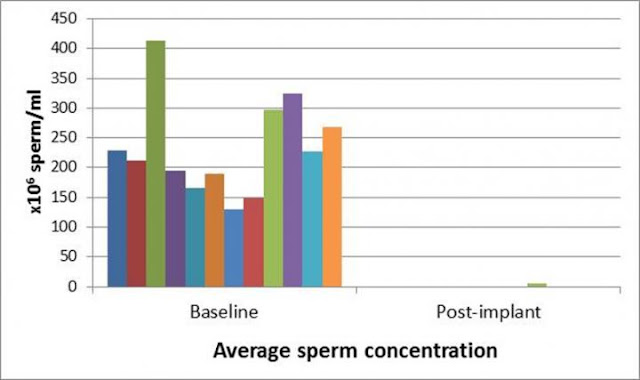 "Results from our study in rabbits were even better than expected. Vasalgel produces a very rapid contraceptive effect which lasted throughout the study due to its unique hydrogel properties. These features are important considerations for a contraceptive product to be used in humans," said Dr. Donald Waller, of Prelabs, LLC, Professor of Pharmacology and Toxicology at the University of Illinois at Chicago and lead author on the publication.

Dr. Waller has worked in the contraceptive development field for much of his career. 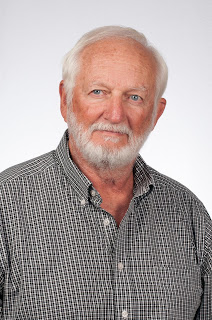 Credit: University of Illinois at Chicago

The characteristics of the Vasalgel contraceptive are likely the reason for its success where other implants have failed. Once injected into the vas deferens, the material forms a hydrogel. The implant remains in a soft gel-like state, with the ability to flex and adhere to the walls of the vasa deferentia. Hydrogels allow transit of many water-soluble molecules but not larger structures such as spermatozoa, which may reduce hydrostatic pressure in the epididymis and rete testis (back-pressure in sperm storage and production areas).

The ability to remove the gel to return the flow of sperm - or reverse the contraceptive effect - was successfully accomplished in the rabbit model, with results currently being prepared for publication. Seven rabbits had the test article flushed from their vas deferens, and semen samples showed a rapid return of sperm flow.

The success of the studies has supported planning for the first clinical trial in men, which is scheduled to launch in late 2016. Parsemus Foundation, a non-profit organization based in Berkeley, California, has brought on a team of experts in manufacturing, testing, regulatory compliance and clinical trial implementation to initiate the next phase of the project. The ultimate goal is for Vasalgel to be available world-wide, at a cost low enough to be affordable to all men.

Parsemus Foundation Executive Director Elaine Lissner, who has championed the cause of male contraception and the development of Vasalgel, said "Contraceptive development is a hugely expensive project. But this is not just another early-stage lead; we're so close on this one. It's time to finish the job we've started."

To fund the development of Vasalgel, Parsemus Foundation has formed a social venture, Revolution Contraceptives LLC, and is seeking socially-minded investors and foundation partners committed to affordable access. For more information on funding and partnership opportunities, please contact info@parsemusfoundation.org.
on March 29, 2016