Fracking Linked to Most Induced Earthquakes in Western Canada

A survey of a major oil and natural gas-producing region in Western Canada suggests a link between hydraulic fracturing or "fracking" and induced earthquakes in the region, according to a new report published online in the journal Seismological Research Letters.

The study's findings differ from those reported from oil and gas fields in the central United States, where fracking is not considered to be the main cause of a sharp rise in induced seismicity in the region. Instead, the proliferation of hundreds of small earthquakes in that part of the U.S. is thought to be caused primarily by massive amounts of wastewater injected back into the ground after oil and gas recovery.

The SRL study does not examine why induced seismicity would be linked to different processes in the central U.S. and western Canada. However, some oil and gas fields in the U.S., especially Oklahoma, use "very large amounts of water" in their operations, leading to much more wastewater disposal than in Canadian operations, said Gail M. Atkinson of Western University. 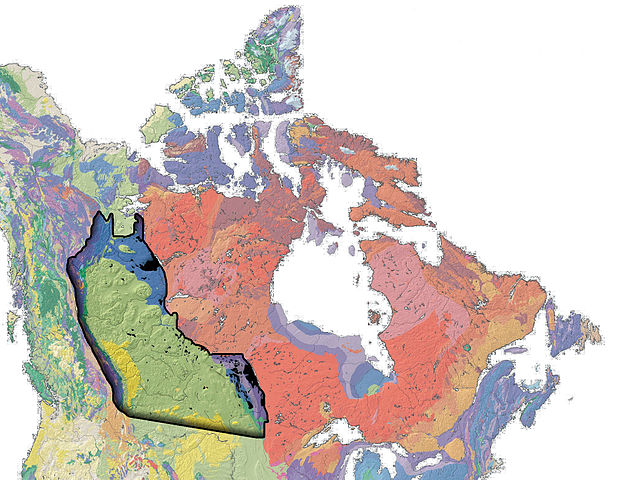 It is possible that massive wastewater disposal in the U.S. is "masking another signal" of induced seismicity caused by fracking, Atkinson said. "So we're not entirely sure that there isn't more seismicity in the central U.S. from hydraulic fracturing than is widely recognized."

The fracking process uses high-pressure injections of fluid to break apart rock and release trapped oil and natural gas. Both fracking and wastewater injections can increase the fluid pressure in the natural pores and fractures in rock, or change the state of stress on existing faults, to produce earthquakes.

The Western Canada Sedimentary Basin (WCSB) contains one of the world's largest oil and gas reserves, and is dotted with thousands of fracking wells drilled in multi-stage horizontal operations. Atkinson and her colleagues compared the relationship of 12,289 fracking wells and 1236 wastewater disposal wells to magnitude 3 or larger earthquakes in an area of 454,000 square kilometers near the border between Alberta and British Columbia, between 1985 and 2015.

The researchers performed statistical analyses to determine which earthquakes were most likely to be related to hydraulic fracturing, given their location and timing. The analyses identified earthquakes as being related to fracking if they took place close to a well and within a time window spanning the start of fracking to three months after its completion, and if other causes, such as wastewater disposal, were not involved.

Atkinson and colleagues found 39 hydraulic fracturing wells (0.3% of the total of fracking wells studied), and 17 wastewater disposal wells (1% of the disposal wells studied) that could be linked to earthquakes of magnitude 3 or larger.
Scale diagram showing how wells can drain gas from a large area from a single pad

Credit: UK Government - Dept of Energy and Climate Change
While these percentages sound small, Atkinson pointed out that thousands of hydraulic fracturing wells are being drilled every year in the WCSB, increasing the likelihood of earthquake activity. "We haven't had a large earthquake near vulnerable infrastructure yet," she said, "but I think it's really just a matter of time before we start seeing damage coming out of this."

The study also confirmed that in the last few years nearly all the region's overall seismicity of magnitude 3 or larger has been induced by human activity. More than 60% of these quakes are linked to hydraulic fracture, about 30-35% come from disposal wells, and only 5 to 10% of the earthquakes have a natural tectonic origin, Atkinson said.

Atkinson said the new numbers could be used to recalculate the seismic hazard for the region, which could impact everything from building codes to safety assessments of critical infrastructure such as dams and bridges. "Everything has been designed and assessed in terms of earthquake hazard in the past, considering the natural hazard," she said. "And now we've fundamentally changed that, and so our seismic hazard picture has changed."
Scale diagram of a shale gas well showing large separation between aquifer and shale source rock

The researchers were also surprised to find that their data showed no relationship between the volume of fluid injected at a hydraulic fracturing well site and the maximum magnitude of its induced earthquake.

"It had previously been believed that hydraulic fracturing couldn't trigger larger earthquakes because the fluid volumes were so small compared to that of a disposal well," Atkinson explained. "But if there isn't any relationship between the maximum magnitude and the fluid disposal, then potentially one could trigger larger events if the fluid pressures find their way to a suitably stressed fault."

Atkinson and her colleagues hope to refine their analyses to include other variables, such as information about extraction processes and the geology at individual well sites, "to help us understand why some areas seem much more prone to induced seismicity than others."

The scientists say the seismic risks associated with hydraulic fracturing could increase as oil and gas companies expand fracking's use in developing countries, which often contain dense populations and earthquake-vulnerable infrastructure.