University of Chicago scientists have discovered evidence in a meteorite that a rare element, curium, was present during the formation of the solar system. This finding ends a 35-year-old debate on the possible presence of curium in the early solar system, and plays a crucial role in reassessing models of stellar evolution and synthesis of elements in stars. Details of the discovery appear in the March 4 edition of Science Advances.

"Curium is an elusive element. It is one of the heaviest-known elements, yet it does not occur naturally because all of its isotopes are radioactive and decay rapidly on a geological time scale," said the study's lead author, François Tissot, UChicago PhD'15, now a W.O. Crosby Postdoctoral Fellow at the Massachusetts Institute of Technology.

This close-up picture shows a ceramic-like refractory inclusion (pink inclusion) still embedded into the meteorite in which it was found. Refractory inclusions are the oldest-known rocks in the solar system (4.5 billion years old). Analysis of the uranium isotope ratios of such inclusions demonstrates that a long-lived isotope of the radioactive element curium was present in the solar system when this inclusion was formed. The inclusion measures 1.5 centimers (.59 inches) in length. 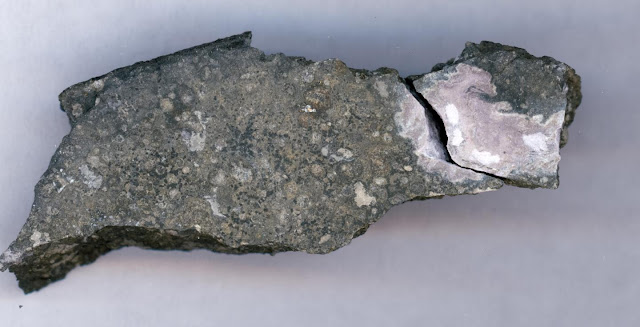 And yet Tissot and his co-authors, UChicago's Nicolas Dauphas and Lawrence Grossman, have found evidence of curium in an unusual ceramic inclusion they called "Curious Marie," taken from a carbonaceous meteorite. Curium became incorporated into the inclusion when it condensed from the gaseous cloud that formed the sun early in the history of the solar system.

Curious Marie and curium are both named after Marie Curie, whose pioneering work laid the foundation of the theory of radioactivity. Curium was only discovered in 1944, by Glenn Seaborg and his collaborators at the University of California, Berkeley, who, by bombarding atoms of plutonium with alpha particles (atoms of helium) synthesized a new, very radioactive element.

To chemically, and unambiguously, identify this new element, Seaborg and his collaborators studied the energy of the particles emitted during its decay at the Metallurgical Laboratory at UChicago (which later became Argonne National Laboratory). The isotope they had synthesized was the very unstable curium-242, which decays in a half-life of 162 days.

The Allende carbonaceous meteorite is peppered with inclusions that have a ceramic-like chemistry (red for calcium, blue for aluminum, green for magnesium in the false color image below; field of view is 0.5 millimeters, approximately one-hundredth of an inch). When they formed, these inclusions incorporated the short-lived nuclide curium-247 (with a half life of 15 million years), traces of which have been detected in research conducted at the University of Chicago as a significant excess in uranium-235, its decay product. Curium-247 came from nucleosynthesis in stars that lived and died before the solar system was born. 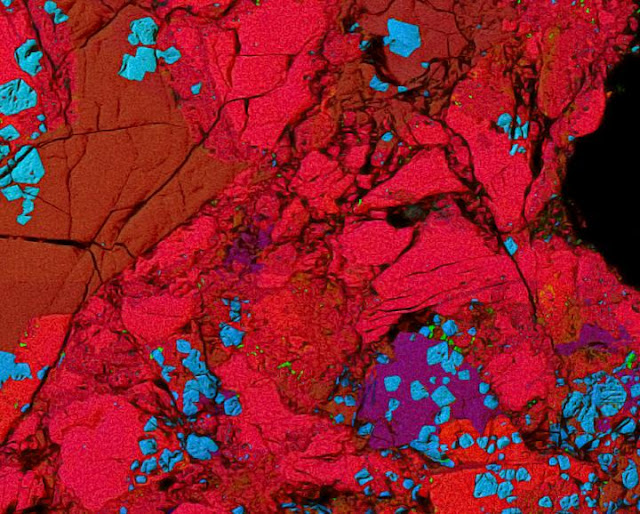 "The possible presence of curium in the early solar system has long been exciting to cosmochemists, because they can often use radioactive elements as chronometers to date the relative ages of meteorites and planets," said study co-author Nicolas Dauphas, UChicago's Louis Block Professor in Geophysical Sciences.

Indeed, the longest-lived isotope of curium (247Cm) decays over time into an isotope of uranium (235U). Therefore, a mineral or a rock formed early in the solar system, when 247Cm existed, would have incorporated more 247Cm than a similar mineral or rock that formed later, after 247Cm had decayed. If scientists were to analyze these two hypothetical minerals today, they would find that the older mineral contains more 235U (the decay product of 247Cm) than the younger mineral.

"The idea is simple enough, yet, for nearly 35 years, scientists have argued about the presence of 247Cm in the early solar system," Tissot said.

Early studies in the 1980s found large excesses of 235U in any meteoritic inclusions they analyzed, and concluded that curium was very abundant when the solar system formed. More refined experiments conducted by James Chen and UChicago alumnus Gerald Wasserburg, SB'51, SM'52, PhD'54, at the California Institute of Technology showed that these early results were spurious, and that if curium was present in the early solar system, its abundance was so low that state-of-the-art instrumentation would be unable to detect it.

Scientists had to wait until a new, higher-performance mass spectrometer was developed to successfully identify, in 2010, tiny excesses of 235U that could be the smoking gun for the presence of 247Cm in the early solar system.

"That was an important step forward but the problem is, those excesses were so small that other processes could have produced them," Tissot noted.

Models predict that curium, if present, was in low abundance in the early solar system. Therefore, the excess 235U produced by the decay of 247Cm cannot be seen in minerals or inclusions that contain large or even average amounts of natural uranium. One of the challenges was thus to find a mineral or inclusion likely to have incorporated a lot of curium but containing little uranium.

With the help of study co-author Lawrence Grossman, UChicago professor emeritus in geophysical sciences, the team was able to identify and target a specific kind of meteoritic inclusion rich in calcium and aluminum. These CAIs (calcium, aluminum-rich inclusions) are known to have a low abundance of uranium and likely to have high curium abundance. One of these inclusions--Curious Marie-- contained an extremely low amount of uranium, 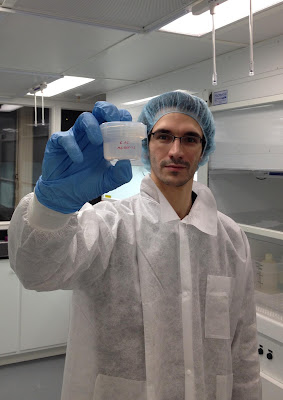 "It is in this very sample that we were able to resolve an unprecedented excess of 235U," Tissot said. "All natural samples have a similar isotopic composition of uranium, but the uranium in Curious Marie has six percent more 235U, a finding that can only be explained by live 247Cm in the early solar system."

Thanks to this sample, the research team was able to calculate the amount of curium present in the early solar system and to compare it to the amount of other heavy radioactive elements such as iodine-129 and plutonium-244. They found that all these isotopes could have been produced together by a single process in stars.

"This is particularly important because it indicates that as successive generations of stars die and eject the elements they produced into the galaxy, the heaviest elements are produced together, while previous work had suggested that this was not the case," Dauphas explained.

The finding of naturally occurring curium in meteorites by Tissot and collaborators closes the loop opened 70 years ago by the discovery of man-made Curium and it provides a new constraint, which modelers can now incorporate into complex models of stellar nucleosynthesis and galactic chemical evolution to further understand how elements like gold were made in stars.

Contacts and sources:
Steve Koppes
University of Chicago
on March 04, 2016