Astrophysicists Catch Two Supernovae at the Moment of Explosion

The brilliant flash of an exploding star’s shockwave — what astronomers call the “shock breakout” — is illustrated in this video animation.

For the first time, a “shock breakout” in an exploding supergiant star has been discovered at visible wavelengths. An international team of astrophysicists led by Peter Garnavich, professor of astrophysics at the University of Notre Dame, has caught two supernovae in the act of exploding.

Using the Kepler space telescope, the team spent three years observing 50 trillion stars for the chance to watch as supersonic shock waves reached their surfaces after explosions deep in the core. 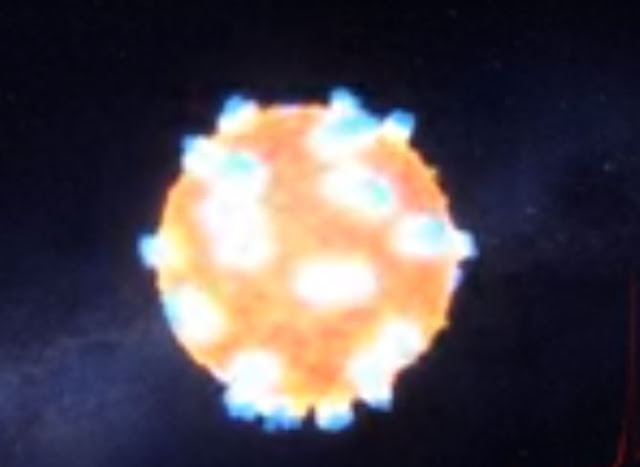 Supernovae like these — known as Type II — begin when the internal furnace of a star runs out of nuclear fuel, causing its core to collapse as gravity takes over. Stars 10 to 20 times the mass of our sun often expand to supergiants before ending their lives as supernovae. These stars are so large that the Earth’s orbit would easily fit inside such a star. When these massive stars run out of fuel in their center, their core collapses down to a neutron star and a supersonic shock wave is sent out. When the shock wave reaches the surface of the star, a bright flash of light, called a “shock breakout,” is predicted.

“The flash from a breakout should last about an hour, so you have to be very lucky or continuously stare at millions of stars just to catch one flash," said Garnavich.

Understanding the physics of these explosions allows scientists to better understand how the seeds of chemical complexity and life itself have been scattered in space and time in the Milky Way galaxy.

The Kepler space telescope is famous for its discoveries of extrasolar planets, some that may have the right conditions to harbor life. But Kepler can also look at galaxies beyond the Milky Way. A team of astrophysicists from Notre Dame, the University of Maryland in College Park; the University of California, Berkeley; and the Australian National University in Canberra have formed the “Kepler Extragalactic Survey,” or KEGS, specifically to apply the power of Kepler to study galaxies and supernovae.

The research paper reporting this discovery has been accepted for publication in the Astrophysical Journal and can be found here:http://arxiv.org/abs/1603.05657.

Contacts and sources:Peter Garnavich
University of Notre Dame
on March 22, 2016