Zika Virus Linked to Stillbirth, Other Symptoms in Brazil

A pregnant Brazilian woman infected with the Zika virus had a stillborn baby in January who had signs of severe tissue swelling as well as central nervous system defects that caused the cerebral hemispheres of the brain to be absent. It is the first report to indicate a possible association of congenital Zika virus and damage to tissues outside the central nervous system. 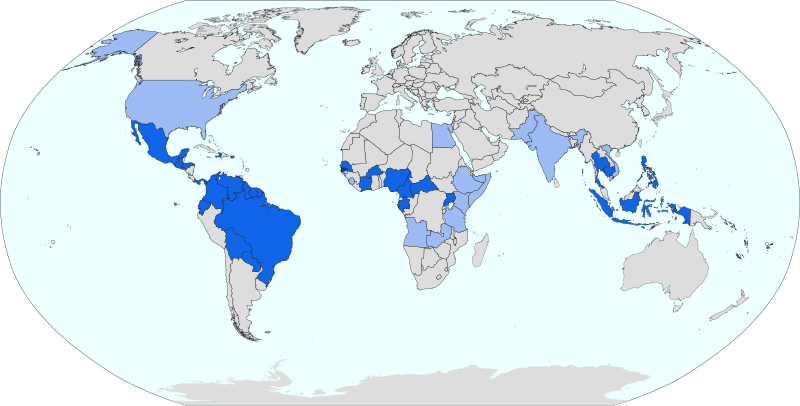 Researchers led by Albert Ko, M.D. of the Yale School of Public Health and Dr. Antônio Raimundo de Almeida at the Hospital Geral Roberto Santos in Salvador, Brazil, describe the case in the current issue of the journal PLOS Neglected Tropical Diseases.

Ko and colleagues said the case provides evidence that, in addition to microcephaly, (a condition marked by an abnormally small head in newborns and widely linked to the Zika outbreak in Brazil), congenital Zika infection may also be linked to hydrops fetalis (abnormal accumulation of fluid in fetal compartments), hydranencephaly (almost complete loss of brain tissue) and fetal demise (stillbirth).

The researchers said that it is not possible to extrapolate from a single case the overall risk for these outcomes faced by women who are exposed to the virus during pregnancy.

"These finding raise concerns that the virus may cause severe damage to fetuses leading to stillbirths and may be associated with effects other than those seen in the central nervous system," said Ko, chair of the Department of Epidemiology of Microbial Diseases, who has worked on the Zika outbreak in the coastal city of Salvador with Brazilian colleagues since shortly after the first cases of the mosquito-borne virus were reported there in early 2015. "Additional work is needed to understand if this is an isolated finding and to confirm whether Zika virus can actually cause hydrops fetalis."

The patient, a 20-year-old woman, was having a normal pregnancy during her first trimester. That changed abruptly during the course of the 18th week of pregnancy, when an ultrasound examination discovered that the fetus' weight was well below where it should have been at that point.

The woman did not report any of the symptoms commonly associated with Zika (rash, fever, or body aches) prior to or during the early stages or her pregnancy, the researchers said. She also did not exhibit symptoms of other mosquito-borne diseases, including dengue or chikungunya.

By the 30th week of the pregnancy, the fetus showed a range of birth defects. Labor was induced at the 32nd week. Researchers subsequently confirmed the presence of the Zika virus in the fetus. The strain of Zika that was found appears to be the same strain that is currently spreading elsewhere.

Since Zika appeared in Brazil, the virus has spread rapidly throughout much of Latin America and into the Caribbean. Several cases have also been confirmed in the United States.

The researchers said that since it is likely that large numbers of pregnant women in Brazil and beyond will be exposed to the same Zika strain as the woman in the case study, further investigations are needed to determine the risk of stillbirth and the other adverse outcomes.