An international team of scientists have discovered two new plankton-eating fossil fish species of the genus called Rhinconichthys (Rink-O-nik-thees) from the oceans of the Cretaceous Period, about 92 million years ago, when dinosaurs roamed the planet.

One of the authors of the study, Kenshu Shimada, a paleobiologist at DePaul University, said Rhinconichthys are exceptionally rare, known previously by only one species from England. But a new skull from North America, discovered in Colorado along with the re-examination of another skull from Japan have tripled the number of species in the genus with a greatly expanded geographical range. According to Shimada, who played a key role in the study, these species have been named R. purgatoirensis and R. uyenoi, respectively.

An international team of scientists have discovered two new plankton-eating fossil fish species, of the genus called Rhinconichthys, which lived 92 million years ago in the oceans of the Cretaceous Period. 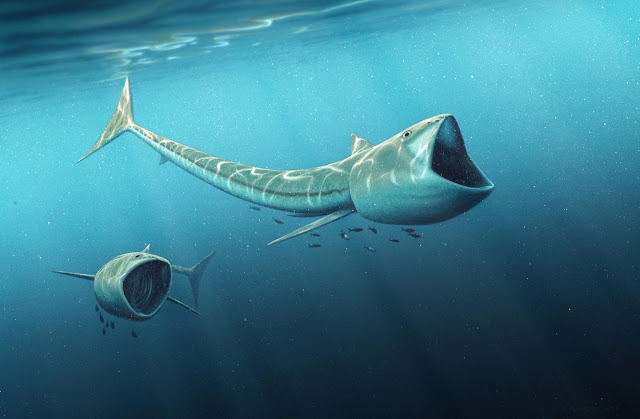 
"I was in a team that named Rhinconichthys in 2010, which was based on a single species from England, but we had no idea back then that the genus was so diverse and so globally distributed," said Shimada.

The new study, "Highly specialized suspension-feeding bony fish Rhinconichthys (Actinopterygii: Pachycormiformes) from the mid-Cretaceous of the United States, England and Japan," will appear in the forthcoming issue of the international scientific journalCretaceous Research.

The research team includes scientists from government, museum, private sector and university careers. They include Bruce A. Schumacher from the United Sates Forest Service who discovered the new specimen. It also includes researchers, Jeff Liston from the National Museum of Scotland and Anthony Maltese from the Rocky Mountain Dinosaur Resource Center.

Rhinconichthys belongs to an extinct bony fish group called pachycormids, which contains the largest bony fish ever to have lived. The new study specifically focuses on highly elusive forms of this fish group that ate plankton.

Rhinconichthys was estimated to be more than 6.5 feet and fed on plankton. It had a pair of bones called hyomandibulae, which formed a massive oar-shaped lever to protrude and swing the jaws open extra wide, like a parachute, in order to receive more plankton-rich water into its mouth. 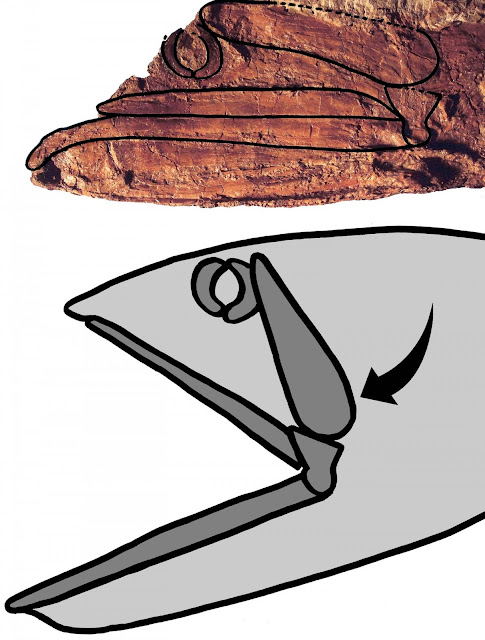 Rhinconichthys was estimated to be more than 6.5 feet and fed on plankton. It had a highly unusual specialization for bony fish. According to Shimada, one pair of bones called hyomandibulae formed a massive oar-shaped lever to protrude and swing the jaws open extra wide, like a parachute, in order to receive more plankton-rich water into its mouth, similar to the way many sharks open their mouth.

A planktivorous diet, also called suspension-feeding, is known among some specialized aquatic vertebrates today, including the Blue Whale, Manta Ray and Whale Shark. The name Rhinconichthys means a fish like the Whale Shark, Rhincodon. Suspension-feeding in the dinosaur era is a new emerging area of research.

"Based on our new study, we now have three different species of Rhinconichthys from three separate regions of the globe, each represented by a single skull," Shimada noted. "This tells just how little we still know about the biodiversity of organisms through the Earth's history. It's really mindboggling ."