Underwater sound linked to human activity could alter the behavior of seabed creatures that play a vital role in marine ecosystems, according to new research from the University of Southampton.

The study, reported in the journal Scientific Reports published by Nature, found that exposure to sounds that resemble shipping traffic and offshore construction activities results in behavioral responses in certain invertebrate species that live in the marine sediment.

These species make a crucial contribution to the seabed ecosystem as their burrowing and bioirrigation activities (how much the organism moves water in and out of the sediment by its actions) are crucial in nutrient recycling and carbon storage. 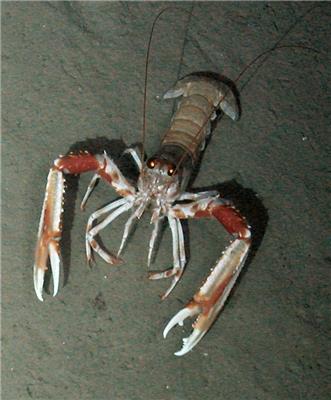 The study showed that some man-made sounds can cause certain species to reduce irrigation and sediment turnover. Such reductions can lead to the formation of compacted sediments that suffer reduced oxygen, potentially becoming anoxic (depleted of dissolved oxygen and a more severe condition of hypoxia), which may have an impact on seabed productivity, sediment biodiversity and also fisheries production.

Lead author Martin Solan, Professor in Marine Ecology, said: "Coastal and shelf environments support high levels of biodiversity that are vital in mediating ecosystem processes, but they are also subject to noise associated with increasing levels of offshore human activity. Previous work has almost exclusively focussed on direct physiological or behavioural responses in marine mammals and fish, and has not previously addressed the indirect impacts of sound on ecosystem properties.

"Our study provides evidence that exposing coastal environments to anthropogenic sound fields is likely to have much wider ecosystem consequences than are presently understood."

The sounds were reproduced in controlled test tanks and experiments were run on one species at a time. For CBN, a recording (one minute duration, continuously looped) of a ship made in the English Channel at a distance of around 100 metres was used'. For IBN, a recording (two minutes duration, continuously looped) of a wind farm in the North Sea at a distance of about 60 metres was used.

The results showed that the sounds could alter the way these species behaved when interacting with their environments.

With the langoustine, which disturbs the sediment to create burrows in which it lives, the researchers saw a reduction in the depth of sediment redistribution (how much of the surface sediment was overturned into the deeper layers) with exposure to IBN or CBN. Under CBN and IBN there was evidence that bioirrigation increased.

The Manila clam, a commercial fishery species in Europe that lives in the sediment and connects to the overlying water through a retractable siphon, reduced its surface activity under CBN, which affected the surface roughness of the sediment. Bioirrigation, which is strongly influenced by clam behaviour and the activity of the siphon, was markedly reduced by CBN and slightly reduced under IBN.

However, the sound fields had little impact on the brittlestar.

Co-author Dr Chris Hauton, Associate Professor in Invertebrate Ecophysiology and Immune Function, said: "I think these findings raise the prospect that anthropogenic sounds in the marine environment are impacting marine invertebrate species in ways that have not been previously anticipated. The potential effects of anthropogenic noise on ecosystem function, mediated through changes in organism behaviour merits further study as, in the long term, it may identify impacts to the productivity of seabed systems that have, to date, not really been constrained."

Tim Leighton, Professor of Ultrasonics and Underwater Acoustics and study co-author, added: "There has been much discussion over the last decade of the extent to which whales, dolphins and fish stocks, might be disturbed by the sounds from shipping, windfarms and their construction, seismic exploration etc. However, one set of ocean denizens has until now been ignored, and unlike these other classes, they cannot easily move away from loud man-made sound sources. These are the bottom feeders, such as crabs, shellfish and invertebrates similar to the ones in our study, which are crucial to healthy and commercially successful oceans because they form the bottom of the food chain."


Contacts and sources:
University of Southampton
on February 06, 2016