Loss of ice in Antarctica caused by a warming ocean could raise global sea levels by three meters, research by Northumbria and Edinburgh universities suggests.

Scientists carrying out fieldwork in the region have assessed the landscape to determine how the West Antarctic ice sheet might respond to increasing global temperatures.

In the first study of its kind, researchers were able to gauge how levels of ice covering the land have changed over hundreds of thousands of years. They did so by studying peaks protruding through ice in the Ellsworth Mountains, on the Atlantic flank of Antarctica. 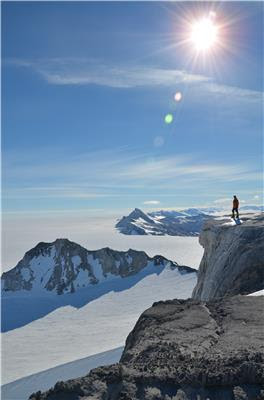 Their results indicate that during previous warm periods, a substantial amount of ice would have been lost from the West Antarctic ice sheet by ocean melting, but it would not have melted entirely. This suggests that ice would have been lost from areas below sea level, but not on upland areas. The research shows that parts of the West Antarctic ice sheet have existed continuously for at least 1.4 million years.

The study, published in Nature Communications, was carried out by researchers at Northumbria University and the University of Edinburgh, alongside the Scottish Universities Environmental Research Centre. It was supported by the Natural Environment Research Council and the British Antarctic Survey. 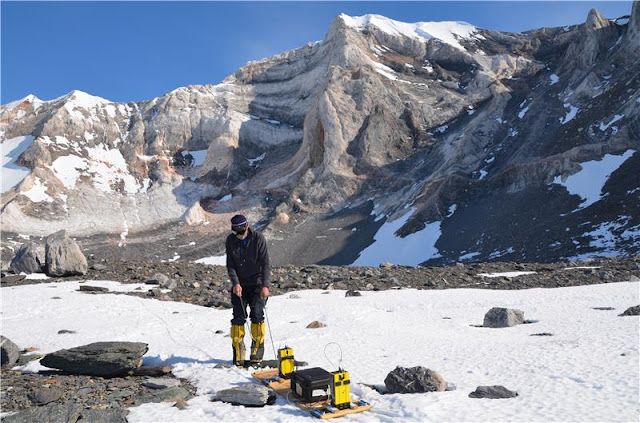 He said: “It is possible that the ice sheet has passed the point of no return and, if so, the big question is how much will go and how much will sea levels rise.”

Dr Andrew Hein, of the University of Edinburgh’s School of GeoSciences, joint leader of the study, added: “Our findings narrow the margin of uncertainty around the likely impact of the West Antarctic Ice Sheet on sea level rise. This remains a troubling forecast since all signs suggest the ice from West Antarctica could disappear relatively quickly.”

Cold and paleo environments are one of Northumbria’s research specialisms in the Department of Geography. Research involves field based projects in cold regions across the globe, including Antarctica, a range of high Arctic European and Canadian sites, New Zealand, the Alps, Alaska and Chile.