Facial Recognition To Be Tested at Airports

New technology detects and tracks you from the second you arrive at the airport until you’re out of the arrivals hall at your destination.

More and more people are travelling by plane, so automating airport security checks makes sense. The use of biometric features is a way to identify people at airports. Biometrics measures biological patterns — such as fingerprints, iris patterns, head shape or gait.

Postdoctoral fellow Raghavendra Ramachandra and his colleagues at NTNU in Gjøvik have developed algorithms to identify faces. 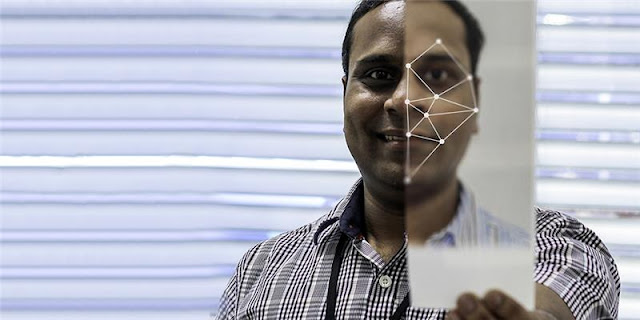 “When a lot of people gather in one place, queues develop quickly,” says postdoctoral fellow Raghavendra Ramachandra at NTNU’s Biometrics Laboratory in Gjøvik. “Rather than stop every single person at an airport gate, we’ve developed algorithms that recognize people’s faces, based on electronic passports with a photo and ID number,” he says.

This technology allows recognized and identified individuals to be let through automatically. Facial recognition software is already fully developed, and soon the technology company Safran Morpho will test it at several airports worldwide.

“Privacy is our top priority. The information on individuals’ movements is not stored in the databases. If someone were to hack the databases, they wouldn’t be able to reconstruct the data, “ says Ramachandra.

Facial recognition technology will soon be tested at some of the world’s airports. Face recognition is the preferred method to identify people at airports, because it is easy for users. It is a means of authentication that does not require contact, and it is not distracting to the user. In actuality, people being identified will not notice anything. One goal of the project is to increase border control security.

Europe has strict regulations for privacy and for how to store information about people, but this is not the case everywhere. Ramachandra says that several countries in Asia have initiated national ID programmes to collect biometric information on everyone in the country.

He says that centralized data storage is not possible in Europe due to the stringent security regulations regarding the storage of personal data.

“As researchers, we try to minimize the risk of personal information going astray. There’s always the possibility of being hacked when you save information digitally, but in using biometrics we try to mitigate this risk by avoiding centralized storage,” he says.

The EU FIDELITY project ended in January 2016. Over the last four years, the project developed solutions and new proposals for fast, secure and efficient real-time authentication of individuals at border crossings.

An overview of the research papers that have been published for the project can be seen here.

Contacts and sources:
Raghavendra Ramachandra
The Norwegian University of Science and Technology (NTNU)
By Maria Lillemoen