The National Science Foundation (NSF) has announced the detection of gravitational waves by the Laser Interferometer Gravitational-Wave Observatory (LIGO), a pair of ground-based observatories in Hanford, Washington, and Livingston, Louisiana.

Albert Einstein predicted the existence of gravitational waves in his general theory of relativity a century ago, and scientists have been attempting to detect them for 50 years. Einstein pictured these waves as ripples in the fabric of space-time produced by massive, accelerating bodies, such as black holes orbiting each other. Scientists are interested in observing and characterizing these waves to learn more about the sources producing them and about gravity itself. 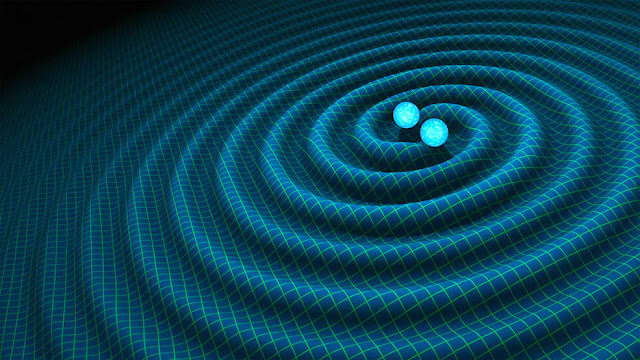 Gravitational waves were predicted by Einstein's theory of general relativity in 1916, and now, almost exactly 100 years later, the faint ripples across space-time have been found. The advanced Laser Interferometric Gravitational-wave Observatory (aLIGO) has achieved the first direct measurement.

"We already have indirect evidence of gravitational wave emission from binary pulsars like the Hulse-Taylor system. But this LIGO measurement provides the first direct detection and confirms what our modeling and simulation results have been suggesting - Einstein was right," said Christopher Fryer, Los Alamos National Laboratory Fellow and longtime researcher in this field. 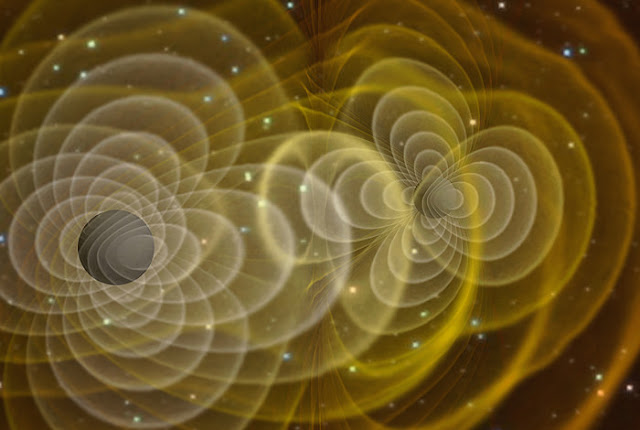 
"Working with experts in radiation transport and atomic physics in the Advanced Simulation and Computing program at Los Alamos, members of the theoretical astrophysics center are modeling this emission to compare theoretical models with direct observations," said Charlie McMillan, Los Alamos National Laboratory director. "This type of crosscutting capability is a hallmark of the national laboratory system and Los Alamos is gratified to have participated in a discovery of this magnitude."

This movie shows a simulation of the merger of two black holes and the resulting emission of gravitational radiation. The colored fields represent a component of the curvature of space-time. The outer sheets (red) correspond directly to outgoing gravitational radiation, which was recently detected by the NSF’s LIGO observatories.

A primary source of gravitational waves is a series of astronomical events called compact object mergers, involving the merger of binary systems consisting of neutron stars and/or black holes. "The actual observation was of a black-hole/black-hole merger. This proves aLIGO can detect these compact mergers. The detection process for neutron-star/neutron-star mergers is the same and our models predict both will occur. Observations of neutron-star/neutron star mergers will help us understand a great deal of physics and astronomy and the prospects for gravitational wave science are extremely exciting," said Fryer.

The electromagnetic follow-up, at Los Alamos and elsewhere, focuses on what we can learn from neutron-star/neutron-star mergers. It is this type of phenomenon that computer scientists, physicists and astronomy experts have been exploring, using computers to model the merger's many components to understand the basic physics more clearly.

LIGO itself comprises a set of two widely separated interferometers--one in Hanford, Washington and the other in Livingston, Louisiana--that are operated in unison to detect the gravitational waves produced in the end-state of these merging systems. The facility's multi-kilometer-scale gravitational wave detectors use laser interferometry to measure the ripples in space-time caused by passing waves.

"Beyond the detection of gravitational waves, aLIGO provides a new window into studying astrophysical transients. Astronomers across the globe have been studying how LIGO observations, coupled with telescopes from radio to gamma-rays, can be used to probe the extreme physics in these cosmic explosions," Fryer said.

"Even though the modeling and observations of these gravitational wave sources is difficult, requiring detailed, multi-physics models, the potential to study new realms of physics and understand new astrophysical transients is tremendous. Los Alamos is well-poised to solve these problems," Fryer said.

At Los Alamos National Laboratory's theoretical astrophysics center a broad effort has been underway, studying many aspects of these mergers from their progenitors (work led by former Oppenheimer Fellow Krzysztoff Belczynski) to their implications in helping scientists understand astrophysical transients and as probes of the physics of matter under extreme conditions.

"Our program studying merger progenitors argued that the most-likely system would be a binary black hole system," stated Fryer, "and it is gratifying to see that this first detection is exactly such a system. As aLIGO detects more of these mergers we will be able to probe aspects of stellar evolution."

Scientists at Washington’s National Science Foundation and Moscow State University have confirmed the discovery of Albert Einstein’s gravitational waves. The breakthrough, possibly the biggest in physics in a century, could be the key to new understanding of the universe.

Working with a team of experts from many areas of physics and astronomy, including dense nuclear matter, binary stellar evolution, gamma ray bursts and multi-physics computational modeling, Fryer has focused on determining what we can learn from these gravitational wave detections. The team uses a combination of Newtonian merger calculations, neutron star equation of state studies, and population synthesis simulation to model the outcome of the merger of the two neutron stars.

1) collapses directly to a black hole,

2) collapses to a black hole after a delay, or

Whether the core is a black hole or neutron star depends on whether it is more massive than the maximum neutron star mass at its spin rate.

The LIGO detections represent a much-awaited first step toward opening a whole new branch of astrophysics. Nearly everything we know about the universe comes from detecting and analyzing light in all its forms across the electromagnetic spectrum – radio, infrared, visible, ultraviolet, X-rays and gamma rays. The study of gravitational waves opens a new window on the universe, one that scientists expect will provide key information that will complement what we can learn through electromagnetic radiation.

Just as in other areas of astronomy, astronomers need both ground-based and space-based observatories to take full advantage of this new window. LIGO is sensitive to gravitational waves within the range of 10 to 1,000 cycles per second (10 to 1,000 Hz). A space-based system would be able to detect waves at much lower frequencies, from 0.0001 to 0.1 Hz, and detect different types of sources. NASA is working closely with the European Space Agency (ESA) to develop a concept for a space-based gravitational wave observatory.


Related papers on this subject are as follows: