Analysis of artifacts found on the shores of Rapa Nui, Chile (Easter Island) originally thought to be used as spear points reveal that these objects were likely general purpose tools instead, providing evidence contrary to the widely held belief that the ancient civilization was destroyed by warfare.

All fifteen standing moai at Ahu Tongariki, excavated and restored in the 1990s 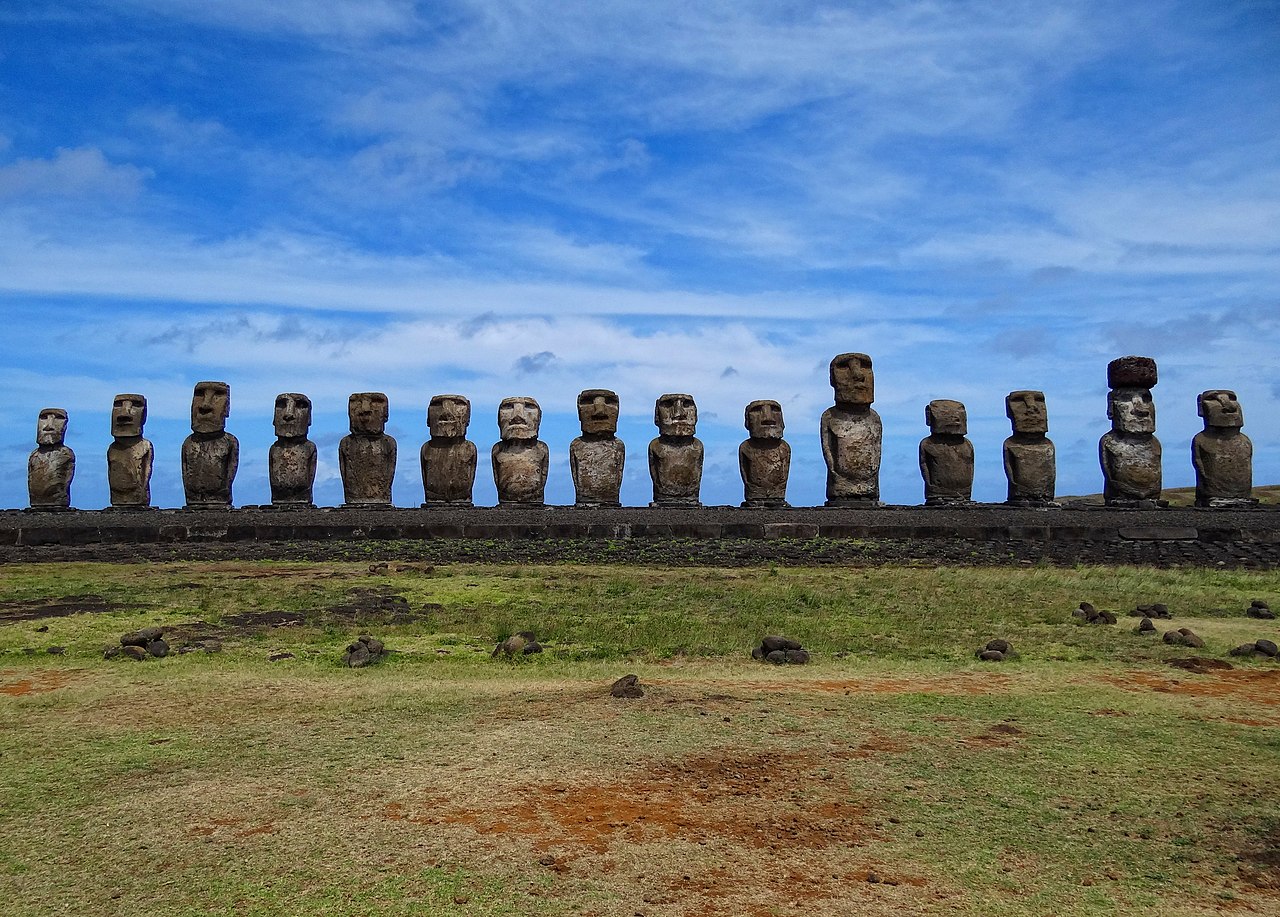 According to Carl Lipo, professor of anthropology at Binghamton University and lead on the study, the traditional story for Rapa Nui holds that the people, before Europeans arrived, ran out of resources and, as a result, engaged in massive in-fighting, which led to their collapse.

One of the pieces of evidence used to support this theory is the thousands of obsidian, triangular objects found on the surface, known as mata'a. Because of their large numbers and because they're made of sharp glass, many believe the mata'a to be the weapons of war that the ancient inhabitants of the island used for interpersonal violence

These are images of various mata'a. 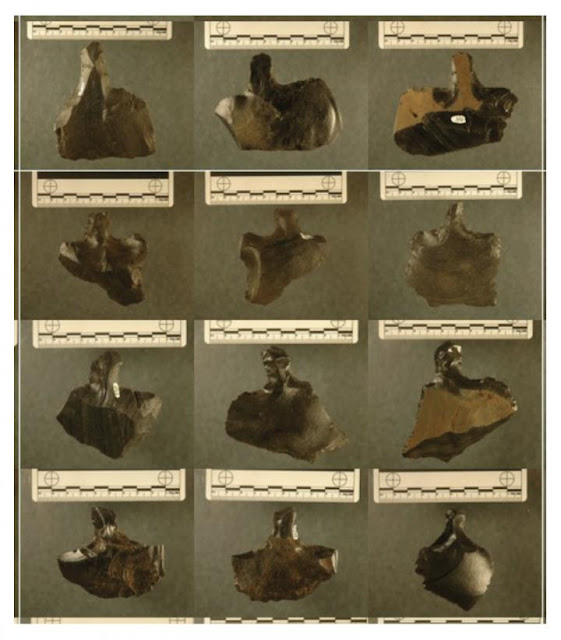 Lipo and his team analyzed the shape variability of a photo set of 400-plus mata'a collected from the island using a technique known as morphometrics, which allowed them to characterize the shapes in a quantitative manner. Based on the wide variability in shape of the mata'a and their difference from other traditional weapons, the team determined that the mata'a were not used in warfare after all, as they would have made poor weapons.

"We found that when you look at the shape of these things, they just don't look like weapons at all," said Lipo. "When you can compare them to European weapons or weapons found anywhere around the world when there are actually objects used for warfare, they're very systematic in their shape. They have to do their job really well. Not doing well is risking death."

"You can always use something as a spear. Anything that you have can be a weapon. But under the conditions of warfare, weapons are going to have performance characteristics. And they're going to be very carefully fashioned for that purpose because it matters...You would cut somebody {with a mata'a], but they certainly wouldn't be lethal in any way."

According to Lipo, this evidence strongly supports the idea that the ancient civilization never experienced this oft-theorized combat and warfare, and that the belief that the mata'a were weapons used in the collapse of the civilization is really a late European interpretation of the record, not an actual archeological event.

"What people traditionally think about the island is being this island of catastrophe and collapse just isn't true in a pre-historic sense. Populations were successful and lived sustainably on the island up until European contact," said Lipo.

Lipo and his team believe that the mata'a are found all over the landscape because they were actually cultivation tools used in ritual tasks like tattooing or domestic activities like plant processing.

"We've been trying to focus on individual bits of evidence that support the collapse narrative to demonstrate that really there's no support whatsoever for that story," he said. "Sort of a pillar of the broader study is the fact that this is an amazing society that really was successful. It just doesn't look like success to us because we see fields that are rock, we think catastrophe, and in fact it's actually productivity."