The Moon Prometheus Up Close

NASA's Cassini spacecraft spied details on the pockmarked surface of Saturn's moon Prometheus (86 kilometers, or 53 miles across) during a moderately close flyby on Dec. 6, 2015. This is one of Cassini's highest resolution views of Prometheus, along with PIA18186 and PIA12593. 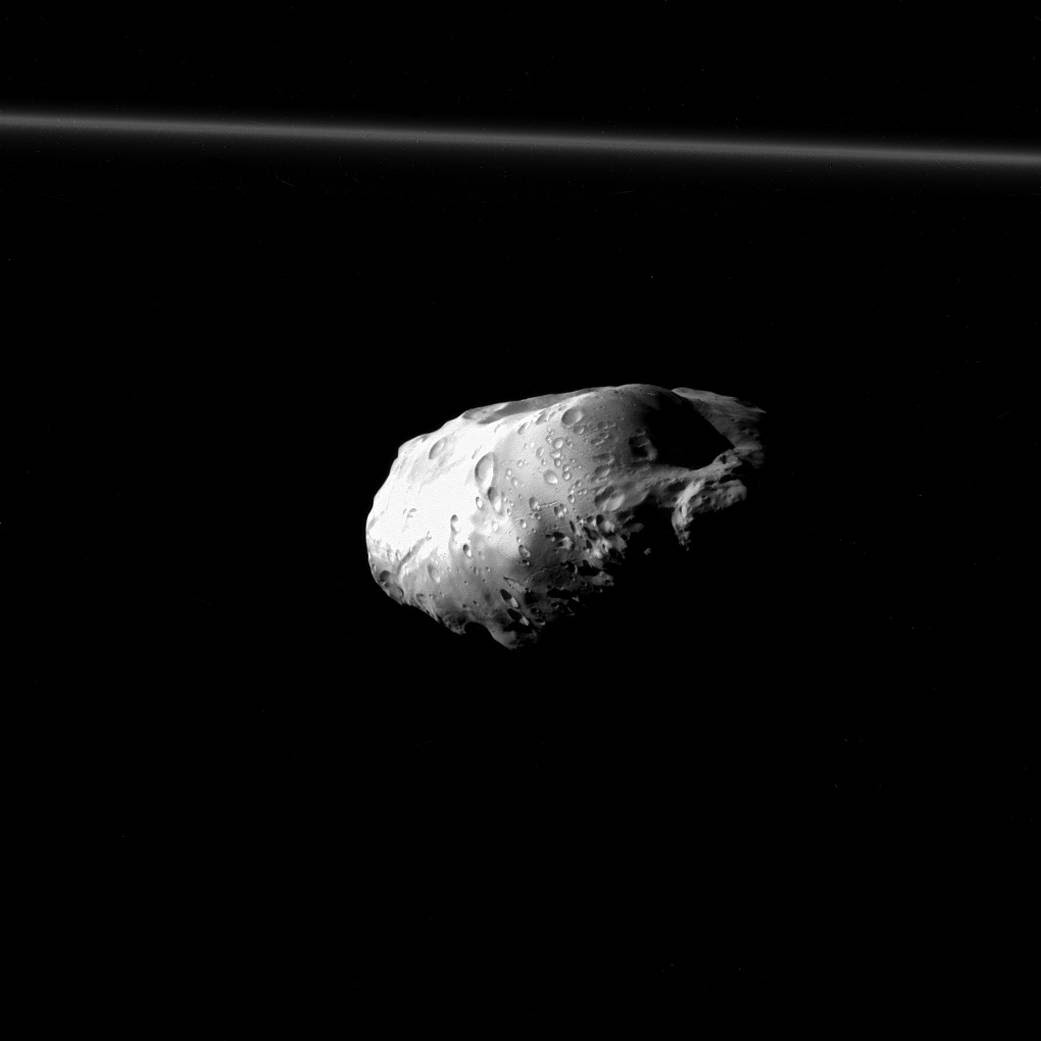 This view looks towards the anti-Saturn side of Prometheus. North on Prometheus is up. The image was taken in visible light with the Cassini spacecraft narrow-angle camera.

The above view was acquired at a distance of approximately 23,000 miles (37,000 kilometers) from Prometheus and at a Sun-Prometheus-spacecraft, or phase, angle of 87 degrees. Image scale is 722 feet (220 meters) per pixel.

Appearing like eyes on a potato, craters cover the dimly lit surface of the moon Prometheus in this high-resolution image from the Cassini spacecraft's early 2010 flyby 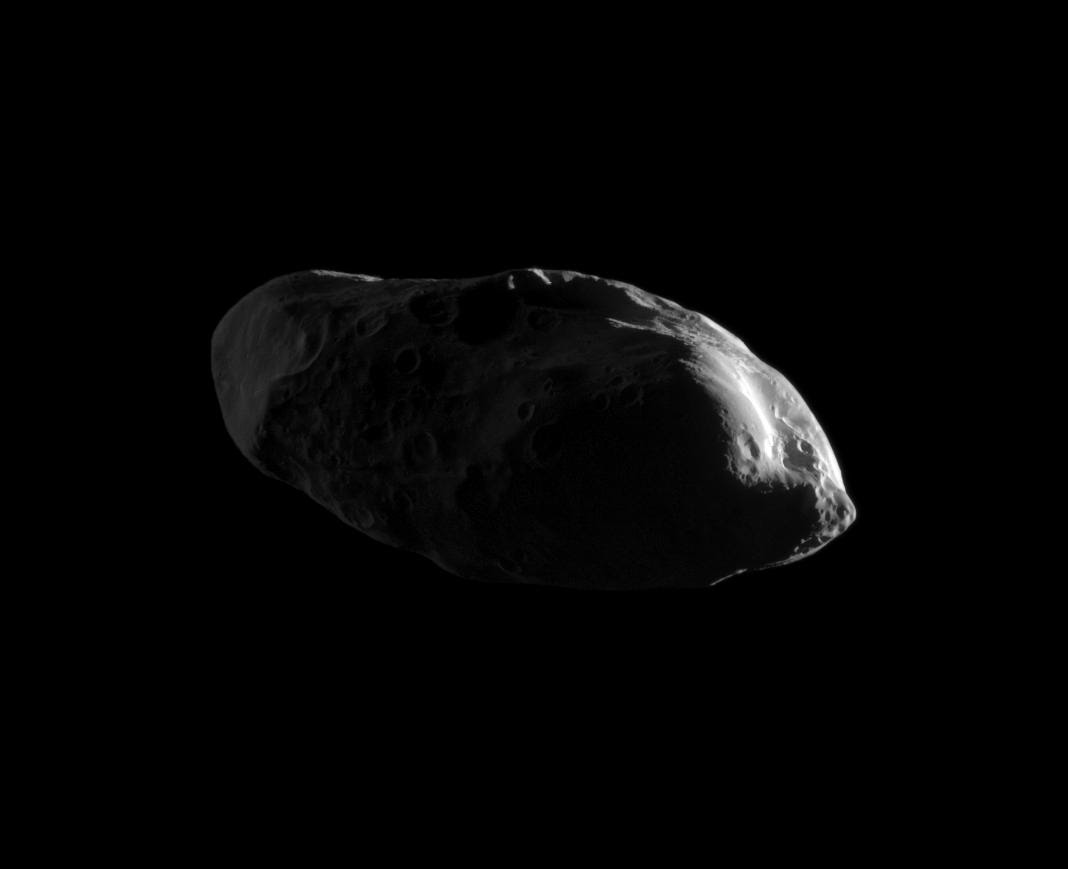 Prometheus orbits Saturn just interior to the narrow F ring, which is seen here at top.

The Cassini mission is a cooperative project of NASA, ESA (the European Space Agency) and the Italian Space Agency. The Jet Propulsion Laboratory, a division of the California Institute of Technology in Pasadena, manages the mission for NASA's Science Mission Directorate, Washington. The Cassini orbiter and its two onboard cameras were designed, developed and assembled at JPL. The imaging operations center is based at the Space Science Institute in Boulder, Colorado. 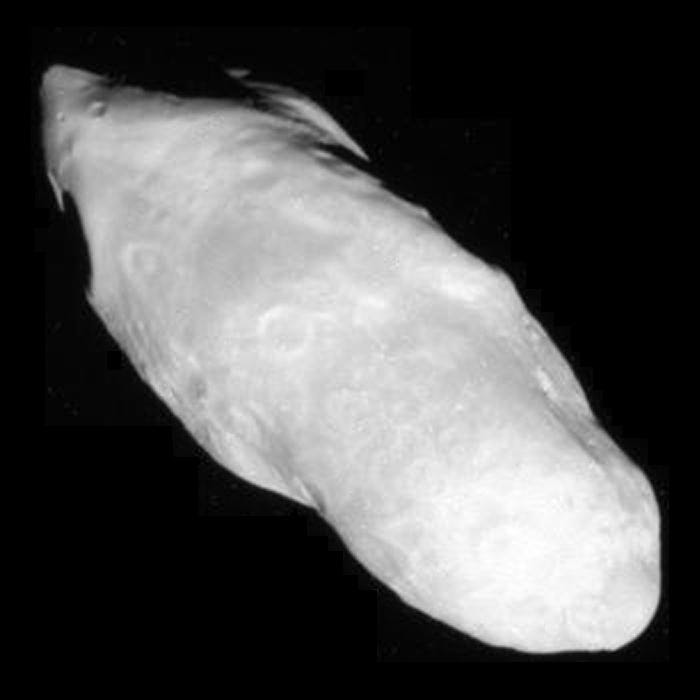