A team of world-class scientists will grow potatoes under Martian conditions in a bid to save millions of lives.

The experiment, led by the International Potato Center (CIP) and NASA, is a major step towards building a controlled dome on Mars capable of farming the invaluable crop in order to demonstrate that potatoes can be grown in the most inhospitable environments.

The goal is to raise awareness of the incredible resilience of potatoes, and fund further research and farming in devastated areas across the globe where malnutrition and poverty are rife and climbing.

Conserving the genetic resources of potato and sweetpotato has been a major priority of CIP since its founding in 1971. CIP maintains the largest collections of potato (more than 4,000 varieties) and sweetpotato (more than 8,000 varieties) in the world. The genebank holds over 80% of the world's native potato and sweetpotato cultivars and over 80% of the known species of wild potato. It also maintains more than 1,500 accessions of native Andean root and tuber crops (ARTCs). CIP conserves and preserves the genetic diversity of these valuable crops so that future generations can benefit from the amazing benefits of these treasured crops -- much of which is yet to be discovered. By maintaining these collections, CIP conserves this diversity in perpetuity so new discoveries can be made. 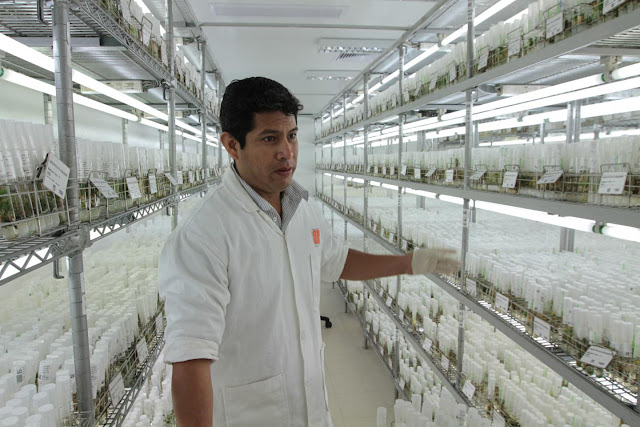 "How better to learn about climate change than by growing crops on a planet that died two billion years ago?" said Joel Ranck, CIP Head of Communications. "We need people to understand that if we can grow potatoes in extreme conditions like those on Mars, we can save lives on Earth."

Currently, famine affects 842 million people around the world. Global warming creates poor soil conditions and increases the prevalence of pests and disease which have the combined effect of limiting harvests globally but particularly in vulnerable areas where poverty, malnutrition and food insecurity already exist.

For years, Peru-based global research and development organization, CIP, has been testing the robustness of potatoes in the most unlikely places. Beyond the ability to thrive in such challenging conditions, they are also highly nutritious. An excellent source of vitamin C, iron, and zinc, they contain critical micronutrients missing in vulnerable communities globally. CIP's scientists use research and development innovations to fight malnutrition, lift people out of poverty and increase food security around the world.

The potato's center of diversity is in the Andean region. It was domesticated roughly 3800 years ago along the shores of Lake Titicaca in Peru. Farmers today use the traditional knowledge of their ancestors to grow this Andean treasure. Still the potato has its vulnerabilities, climate change being one of the most severe challenges. In Potato Park in Pisac, Peru near Cusco, farmers use ancient methods and modern research to learn more about how climate change will affect potato as the Earth's temperature increases.

These Quechua-speaking farmers demonstrate one of several test plots planted one hundred meters apart ascending up the slope of a mountain. They monitor temperature, rainfall, and pests and diseases to see which potato varieties perform best under the conditions at each level of altitude. In general Potato requires a period of cold weather to perform best. Slowly that critical temperature required is moving up the hillside, requiring farmers to cultivate fields at higher and higher elevations as pests and diseases thrive in the warmer conditions at elevations in which they had not previously existed. 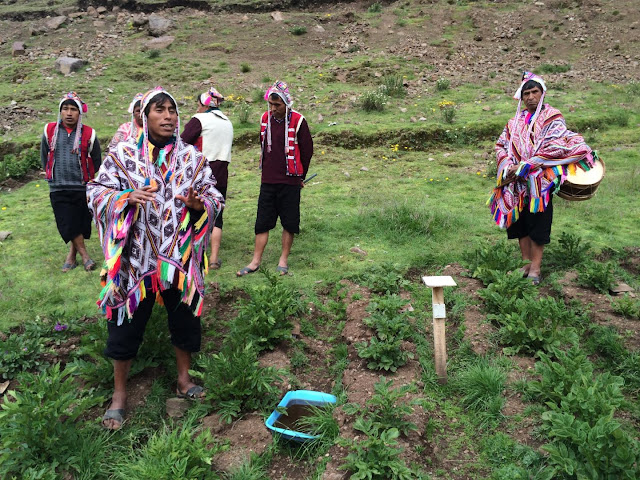 Understanding atmospheric changes on the surface of Mars will help build more dynamic and accurate simulation centers on Earth, providing further research for both CIP and NASA, who are looking to pioneer space farming for future manned missions to other planets and moons in our solar system.

"I am excited to put potatoes on Mars and even more so that we can use a simulated Martian terrain so close to the area where potatoes originated." said Julio E. Valdivia-Silva, SETI Researcher Associate of NASA, who is leading the project's science team.

The project is led by Will Rust, Creative Director of Memac Ogilvy Dubai. He conceived the idea while working closely with CIP to spread the word of how the potato could be the answer to global hunger. Will connected the CIP and NASA teams to initiate this project to support life on Mars and to bring direct benefit to smallholder farmers on Earth who deserve more food secure futures as well.

By using soils almost identical to those found on Mars, sourced from the Pampas de La Joya Desert in Peru, the teams will replicate Martian atmospheric conditions in a laboratory and grow potatoes. The increased levels of carbon dioxide will benefit the crop, whose yield is two to four times that of a regular grain crop under normal Earth conditions. The Martian atmosphere is near 95 per cent carbon dioxide.

Potatoes are clonally propagated, meaning that potatoes leftover and chosen from the recent harvest are saved for the next planting season. The potatoes saved are genetically identical to the potatoes planted the season before. This is an important aspect of the potato as a food security crop because if disease free and high quality planting material is used it can be reused in subsequent seasons if cared for properly. 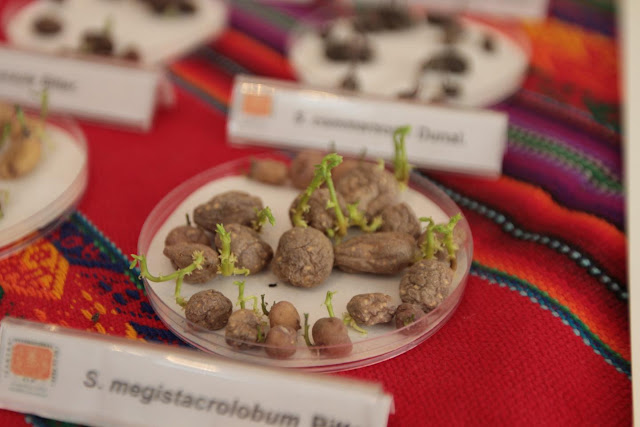 "The extraordinary efforts of the team have set the bar for extraterrestrial farming. The idea of growing food for human colonies in space could be a reality very soon." said Chris McKay, planetary scientist of the NASA Ames research centre.

Melissa Guzman, Astrobiologist at NASA Ames, stated, "The image of students building plant growth payloads and communicating virtually from labs in California, Lima, and Dubai is exciting for the future of planetary exploration and astrobiology.