Scientists and engineers are engaged in a global race to make new materials that are as thin, light and strong as possible. These properties can be achieved by designing materials at the atomic level, but they are only useful if they can leave the carefully controlled conditions of a lab.

Researchers at the University of Pennsylvania have now created the thinnest plates that can be picked up and manipulated by hand.

Even though they are less than 100 nanometers thick, the researchers' plates are strong enough to be picked up by hand and retain their shape after being bent and squeezed. 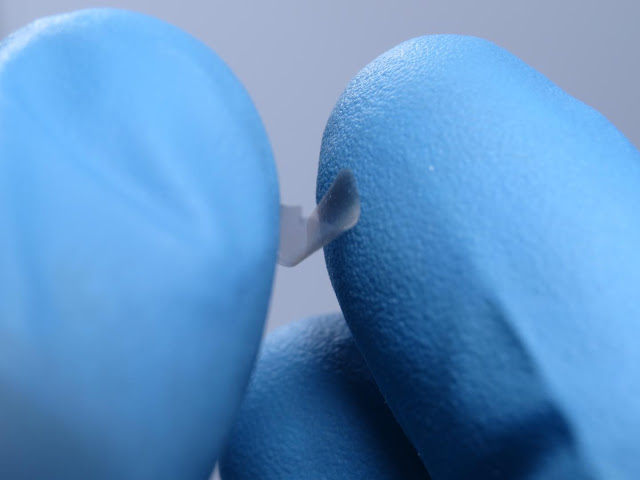 Like cling wrap, comparably thin materials immediately curl up on themselves and get stuck in deformed shapes if they are not stretched on a frame or backed by another material.

Being able to stay in shape without additional support would allow this material, and others designed on its principles, to be used in aviation and other structural applications where low weight is at a premium.

The plates' corrugation allow them to remain stiff and stable without the addition of a heavy frame or backing. 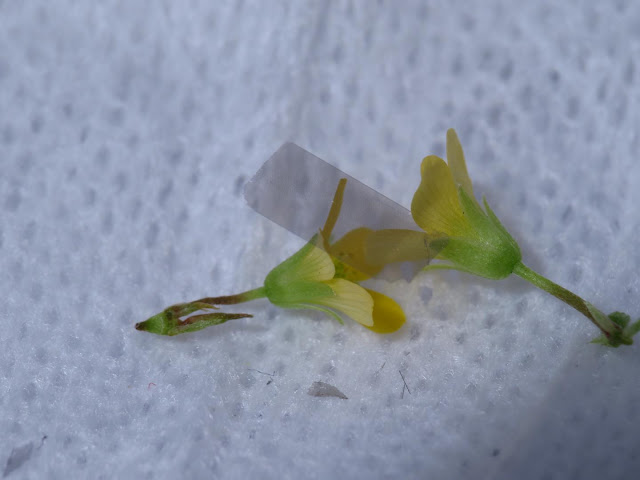 The study was led by Igor Bargatin, the Class of 1965 Term Assistant Professor of Mechanical Engineering and Applied Mechanics in Penn's School of Engineering and Applied Science, along with lab member Keivan Davami, a postdoctoral scholar, and Prashant Purohit, an associate professor of mechanical engineering. Bargatin lab members John Cortes and Chen Lin, both graduate students; Lin Zhao, a former student in Engineering's nanotechnology master's program; and Eric Lu and Drew Lilley, undergraduate students in the Vagelos Integrated Program in Energy Research, also contributed to the research.

They published their findings in the journal Nature Communications.

"Materials on the nanoscale are often much stronger than you'd expect, but they can be hard to use on the macroscale" Bargatin said. "We've essentially created a freestanding plate that has nanoscale thickness but is big enough to be handled by hand. That hasn't been done before."

Graphene, which can be as thin as a single atom of carbon, has been the poster-child for ultra-thin materials since it's discovery won the Nobel Prize in Physics in 2010. Graphene is prized for its electrical properties, but its mechanical strength is also very appealing, especially if it could stand on its own. However, graphene and other atomically thin films typically need to be stretched like a canvas in a frame, or even mounted on a backing, to prevent them from curling or clumping up on their own.

The hexagonal corrugation of the plates is responsible for their stiffness and strength. 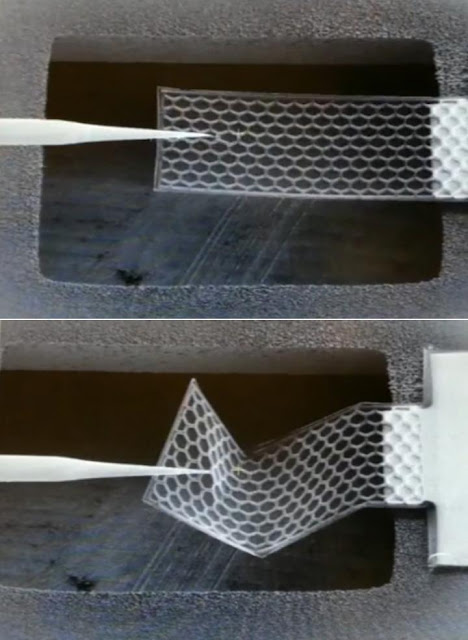 "The problem is that frames are heavy, making it impossible to use the intrinsically low weight of these ultra-thin films," Bargatin said. "Our idea was to use corrugation instead of a frame. That means the structures we make are no longer completely planar, instead, they have a three-dimensional shape that looks like a honeycomb, but they are flat and contiguous and completely freestanding."

"It's like an egg carton, but on the nanoscale," said Purohit.

The researchers' plates are between 25 and 100 nanometers thick and are made of aluminum oxide, which is deposited one atomic layer at a time to achieve precise control of thickness and their distinctive honeycomb shape.

"Aluminum oxide is actually a ceramic, so something that is ordinarily pretty brittle," Bargatin said. "You would expect it, from daily experience, to crack very easily. But the plates bend, twist, deform and recover their shape in such a way that you would think they are made out of plastic. The first time we saw it, I could hardly believe it."

Once finished, the plates' corrugation provides enhanced stiffness. When held from one end, similarly thin films would readily bend or sag, while the honeycomb plates remain rigid. This guards against the common flaw in un-patterned thin films, where they curl up on themselves.

This ease of deformation is tied to another behavior that makes ultra-thin films hard to use outside controlled conditions: they have the tendency to conform to the shape of any surface and stick to it due to Van der Waals forces. Once stuck, they are hard to remove without damaging them.

Totally flat films are also particularly susceptible to tears or cracks, which can quickly propagate across the entire material.

"If a crack appears in our plates, however, it doesn't go all the way through the structure," Davami said. "It usually stops when it gets to one of the vertical walls of the corrugation."

Other existing examples of mechanical metamaterials include "nanotrusses," which are exceptionally lightweight and robust three-dimensional scaffolds made out of nanoscale tubes. The Penn researchers' plates take the concept of mechanical metamaterials a step further, using corrugation to achieve similar robustness in a plate form and without the holes found in lattice structures.

That combination of traits could be used to make wings for insect-inspired flying robots, or in other applications where the combination of ultra-low thickness and mechanical robustness is critical.

"The wings of insects are a few microns thick, and can't thinner because they're made of cells," Bargatin said. "The thinnest man-made wing material I know of is made by depositing a Mylar film on a frame, and it's about half a micron thick. Our plates can be ten or more times thinner than that, and don't need a frame at all. As a result, they weigh as little as than a tenth of a gram per square meter."

University of Pennsylvania
on December 07, 2015