Scientists describe a 'sail-backed' dinosaur species named Morelladon beltrani, which inhabited the Iberian landmass ~125 million years ago, according to a study published Dec. 16, 2015 in the open-access journal PLOS ONE by José Miguel Gasulla from Grupo Biología Evolutiva (UNED-UAM) and colleagues.

This is a picture of a life reconstruction of Morelladon beltrani. 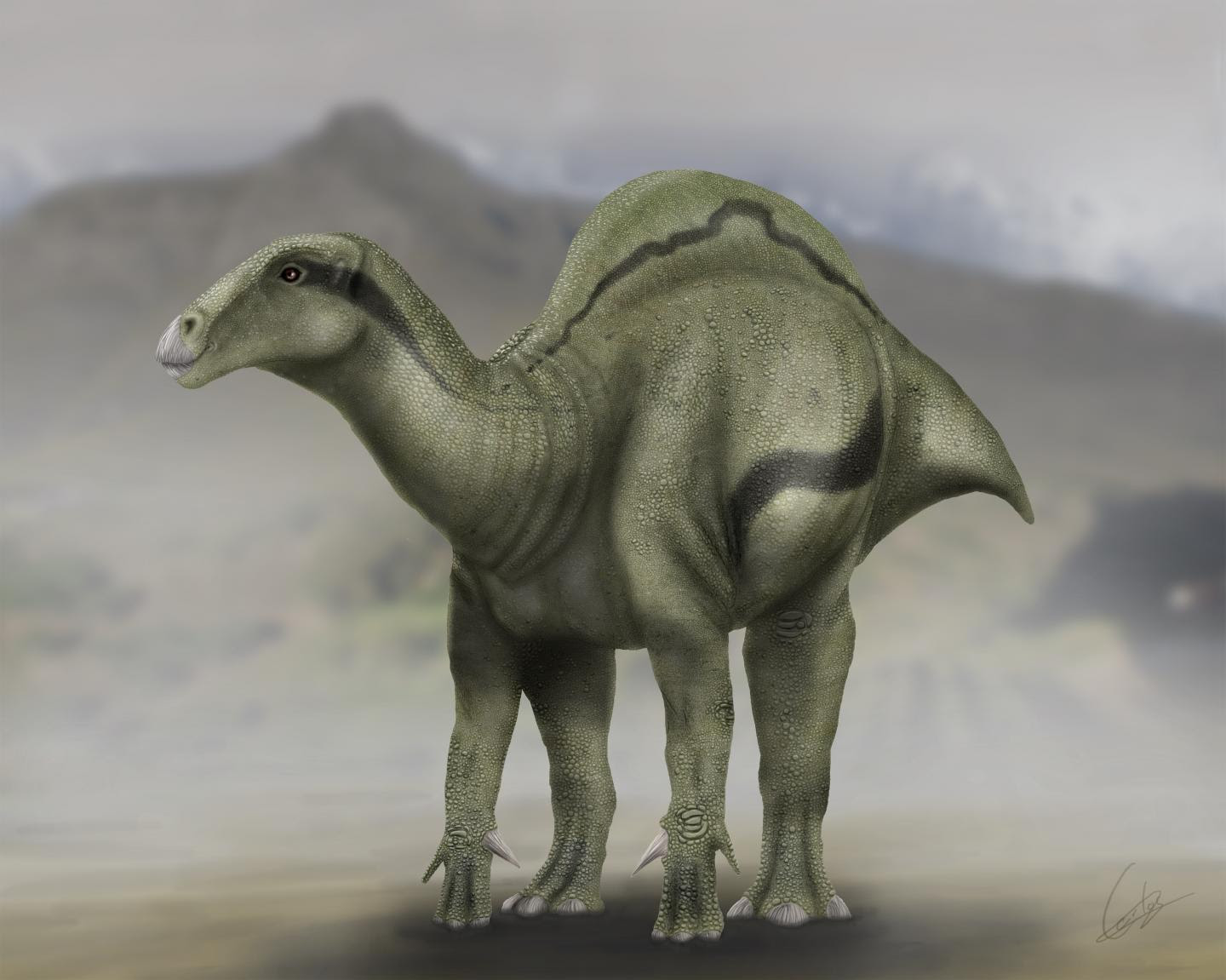 The specimen the authors of this study describe is a partial skeleton mainly composed of dorsal and sacral vertebrae and pelvic bones. Morelladon is a medium-sized styracosternan ornithopod of around 6 meters long and 2.5 meters high, similar in body length and proportions to its relative Mantellisaurus atherfieldensis. The most conspicuous feature of this new, relatively gracile ornithopod is the presence of tall neural spines on dorsal vertebrae, which the authors suggest was possibly a 'sail' used for thermoregulation, or as a storage place for fat to be used during periods of low food supply. 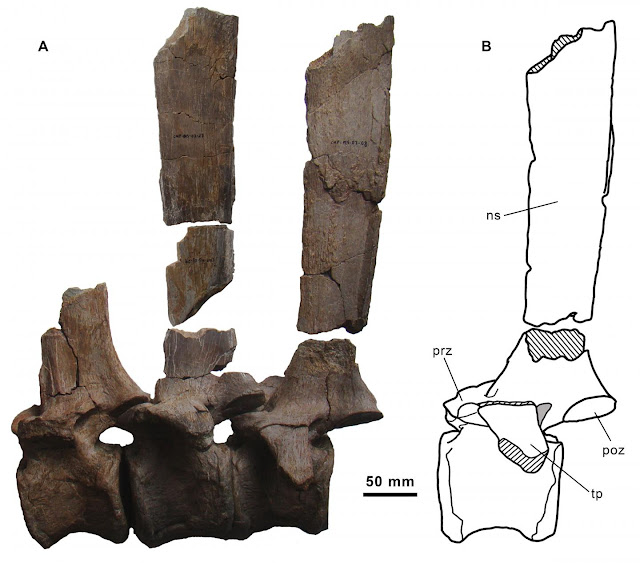 The discovery of Morelladon beltrani in the same area and time period with its relativesIguanodon bernissartensis and Mantellisaurus atherfieldensis may indicate a particularly diverse medium-large bodied styracosternan assemblage in the eastern Iberian landmass during the late Barremian, ~125 million years ago.

Co-author Dr. Escaso added, "We knew the dinosaur fauna from Morella was similar to those of other contemporary European sites. However, this discovery shows an interesting rise of the iguanodontoid diversity in southern Europe ~125 million years ago."