The diversity of mammals on Earth exploded straight after the dinosaur extinction event, according to University College London (UCL) researchers. New analysis of the fossil record shows that placental mammals, the group that today includes nearly 5000 species including humans, became more varied in anatomy during the Paleocene epoch - the 10 million years immediately following the event.

Senior author, Dr Anjali Goswami (UCL Genetics, Evolution & Environment), said: "When dinosaurs went extinct, a lot of competitors and predators of mammals disappeared, meaning that a great deal of the pressure limiting what mammals could do ecologically was removed. They clearly took advantage of that opportunity, as we can see by their rapid increases in body size and ecological diversity. Mammals evolved a greater variety of forms in the first few million years after the dinosaurs went extinct than in the previous 160 million years of mammal evolution under the rule of dinosaurs." 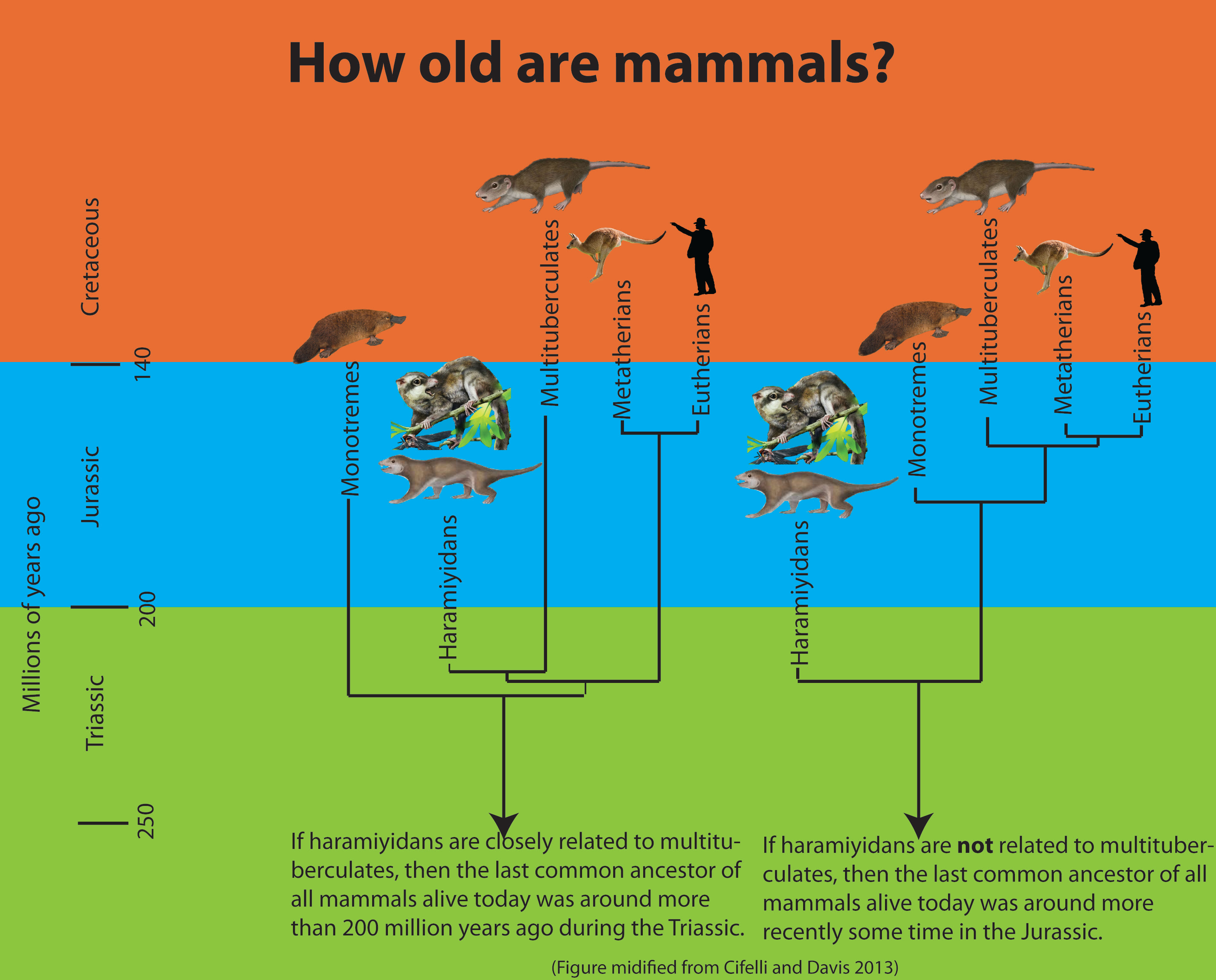 The Natural Environment Research Council-funded research, published today in the Biological Journal of the Linnean Society, studied the early evolution of placental mammals, the group including elephants, sloths, cats, dolphins and humans. The scientists gained a deeper understanding of how the diversity of the mammals that roamed the Earth before and after the dinosaur extinction changed as a result of that event.

Placental mammal fossils from this period have been previously overlooked as they were hard to place in the mammal tree of life because they lack many features that help to classify the living groups of placental mammals. Through recent work by the same team at UCL, this issue was resolved by creating a new tree of life for placental mammals, including these early forms, which was described in a study published in Biological Reviews yesterday.

First author of both papers, Dr Thomas Halliday (UCL Earth Sciences and Genetics, Evolution & Environment), said: "The mass extinction that wiped out the dinosaurs 66 million years ago is traditionally acknowledged as the start of the 'Age of Mammals' because several types of mammal appear for the first time immediately afterwards.

"Many recent studies suggest that little changed in mammal evolution during the Paleocene but these analyses don't include fossils from that time. When we look at the mammals that were present, we find a burst of evolution into new forms, followed by specialisation that finally resulted in the groups of mammals we see today. The earliest placental mammal fossils appear only a few hundred thousand years after the mass extinction, suggesting the event played a key role in diversification of the mammal group to which we belong."

The team studied the bones and teeth of 904 placental fossils to measure the anatomical differences between species. This information was used to build an updated tree of life containing 177 species within Eutheria (the group of mammals including all species more closely related to us than to kangaroos) including 94 from the Paleocene - making it the tree with the largest representation from Paleocene mammals to date. The new tree was analysed in time sections from 140 million years ago to present day, revealing the change in the variety of species.

Animals of the Miocene (Chalicotherium, Hyenadon, Entelodont...). Mammals are the dominant terrestrial vertebrates of the Cenozoic.

Three different methods were used by the team to investigate the range and variation of the mammals present and all showed an explosion in mammal diversity after the dinosaur extinction. This is consistent with theories that mammals flourished when dinosaurs were no longer hunting them or competing with them for resources.

Dr Anjali Goswami (UCL Genetics, Evolution & Environment), added: "Extinctions are obviously terrible for the groups that go extinct, non-avian dinosaurs in this case, but they can create great opportunities for the species that survive, such as placental mammals, and the descendants of dinosaurs: birds."

Professor Paul Upchurch (UCL Earth Sciences), co-author of the Biological Reviews study, added: "Several previous methodological studies have shown that it is important to include as many species in an evolutionary tree as possible: this generally improves the accuracy of the tree. By producing such a large data set, we hope that our evolutionary tree for Paleocene mammals is more robust and reliable than any of the previous ones. Moreover, such large trees are very useful for future studies of large-scale evolutionary patterns, such as how early placental mammals dispersed across the continents via land bridges that no longer exist today."

The team are now investigating rates of evolution in these mammals, as well as looking at body size more specifically. Further work will involve building data from DNA into these analyses, to extend these studies to modern mammals.