New methods of incorporating fish discards into nutritious and health-promoting products will boost food sector innovation in the developing world.
The results of the EU-funded SECUREFISH project were discussed at an agrifood parallel session of the EU’s Bioeconomy Investment Summit, held November 9 and 10 2015 in Brussels. Project coordinator Dr Nazlin Howell from the University of Surrey in the UK outlined the recently completed project’s key successes and how these will benefit both SMEs in Europe and communities in the developing world. 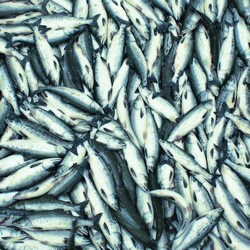 Credit: © Shutterstock
Taken together, these innovations will enable small-scale producers to develop higher value products from fish waste, such as fish gelatine and even peptides with anti-cancer properties. While further work is needed in order to commercialise these products, the potential is there, says Howell.

The project has also focused on quality control parameters, risks, nutritional properties and carbon footprint of fish products. This information has been compiled to produce food standard guidelines for small manufacturers, which have since been published on the project’s website.

The first innovative process is a hybrid system of solar tunnel drying that not only uses the sun for power but potentially wind energy as well. This technique is used to hygienically and efficiently preserve fish; in some coastal parts of Africa and Asia, fish excess is simply left on the beach to dry, which is unhygienic and can lead to losses.

The technique has been trialled in Kenya and in parts of India. Howell emphasised in her presentation that local women were heavily involved in testing the equipment, while some of the solar energy gathered was also used to light houses in the village, thus providing an additional benefit.

The second innovation involved the creation of a special low-cost extruder for developing healthy products from fish. By combining fish with local starchy materials such as corn, communities in developing countries can produce healthier products such as puffed cereals, instant porridge and stews. The project team plans to roll out these small extruders and dryers in the developing world, which will benefit small-scale equipment manufacturers.

The third key innovation involved atmospheric freeze-drying, developed by a Dutch project partner. Researchers tested the approach on waste skin and bones from Lake Victoria's salmon and Nile perch. They found that Nile perch skin yielded better gelatine than salmon due to its biochemical composition. Prototypes have been developed, and the company is now ready to go to market.

Food security remains a major concern for all countries in the face of population increase and diminishing energy and water supplies; over one billion people in low and middle income countries suffer from malnutrition. A long term legacy of the SECUREFISH project will be helping the world meet the UN Millennium Development Goals to eradicate hunger and poverty by reducing food losses and improving diets.

The project will also offer significant cost-saving and environmental benefits to producers by encouraging the conversion of waste into value-added products.