The cheetah (Acinonyx jubatus) is now at home on the African plains, but it started a migration 100, 000 years ago from North America towards its current habitat. The research, published in the open access journal Genome Biology, found that the migration from North America was costly for the species, triggering the first major reduction in their gene pool.

A cheetah on the S-28 at Lower Sabie, Kruger National Park (South Africa) 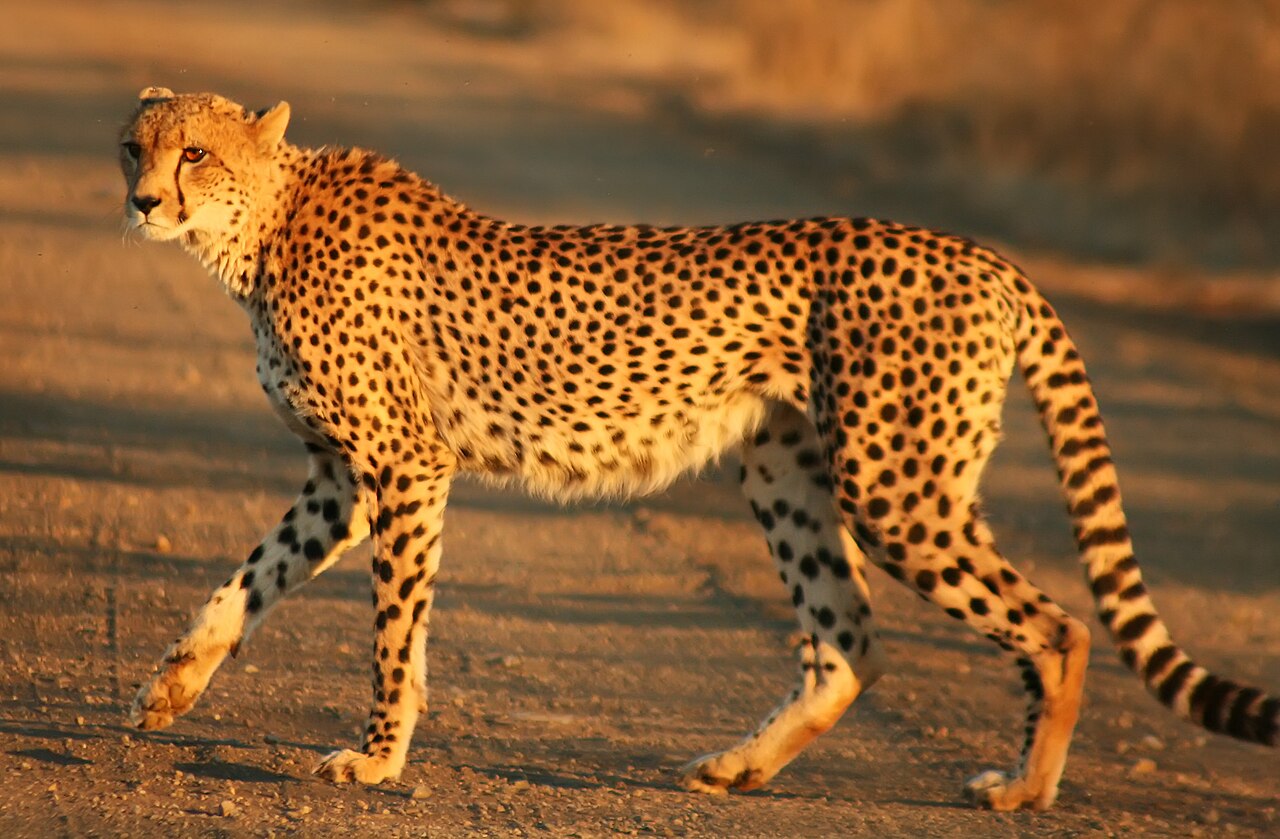 The modern African cheetah is found across eastern and southern Africa, but it is highly endangered because of their small free ranging population and inbreeding. Researchers from St. Petersburg State University, Russia, in collaboration with BGI, China and CCF, Namibia, sequenced the genome from a male Namibian cheetah, called 'Chewbaaka', and six other wild cheetahs from Tanzania and Namibia. This gave further insight into the species evolutionary history and the breadth of genome impoverishment, which elevates juvenile mortality, causes extreme abnormalities in sperm development and increases vulnerability to infectious disease outbreaks.

A total of 18 cheetah genes showed damaging mutations and one gene in particular, AKAP4, showed a large number of mutations, which could harm sperm development and may explain why cheetah have a large proportion of defective sperm, and hence their low reproductive success.

The cheetah is descended from a relative of American pumas and their fossil record extends across the Americas, Europe and Asia. The species has suffered two population bottlenecks - an event whereby the population is rapidly reduced due to environmental factors.

The first of these took place 100, 000 years ago, around the late Pleistocene - a geological period shaped by repeated glaciations, when cheetahs started to move towards Asia across the Beringian landbridge and then travelled south to Africa. This migration was punctuated with dwindling populations and limited gene flow due to the individuals' own vast territory boundaries, measuring 300-800 square miles, thereby increasing incestuous mating.

The second bottleneck around 10- 12, 000 years ago, further reduced numbers, leading to further loss of endemic variability observed in modern cheetahs. This is because cheetahs disappeared from North America, when the last glacial retreat caused an abrupt extinction resulting in the loss of many large mammals, including cheetahs and pumas, from North America.

Cheetahs accept skin grafts from unrelated cheetahs as if they were clones. The genome analysis suggests that this is partly due to the loss of a few immune related genes and dramatic loss of diversity in the cheetahs' flagella genes. The variation is so limited that it is far below that observed in inbred dogs and cats. Tests carried out by the researchers show that the cheetah has lost 90-99% of the genetic variation typically seen in outbred mammals.

The researchers conclude that this latest insight into the history and adaptation of the endangered cheetah should be useful in efforts to sustain and increase cheetah population numbers in their present and former range habitats.