The House of the Nine Sharp Spears

63 years since the discovery of the tomb of Mayan King Pakal located inside the Temple of Inscriptions in Palenque, Chiapas (southern state of Mexico), the researcher Guillermo Bernal Romero from the Maya Studies Center, of the Institute of Philological Investigations of the National University of Mexico (UNAM), deciphered the T514 glyph meaning YEJ: "sharp edge". The scholar explained that "the name is related to the nine warriors depicted on the walls of the tomb, also refers to the war, capturing prisoners, and conquering cities. The tomb itself is a glorification of war, has a symbolic relationship with various elements, for example, the nine levels of the Mayan underworld. "

The YEJ glyph is associated with Te' which means "spear", so this finding allows to can read, for the first time the name of the chamber where the sacred tomb of the ruler is: "The House of the Nine Sharp Spears ".

The enigma was solved by studying different elements, including the jaguar, sacred animal of the Mayan universe; by analyzing various skulls and observe their molars, the researcher related the information with the glyphs and determined that the glyph in question, is the schematic representation of the upper molar of a jaguar, which is at least registered in more than 50 Mayan inscriptions with a war focus.

The researcher, Bernal Romero, explained that after 1700 years of being hidden, by using the glyph YEJ it can also deciphered the full name of the "C House of the Palenque Palace:" The House of the Sharp Spear", which is the residence of Mayan King Janaahb K'inich 'Pakal. 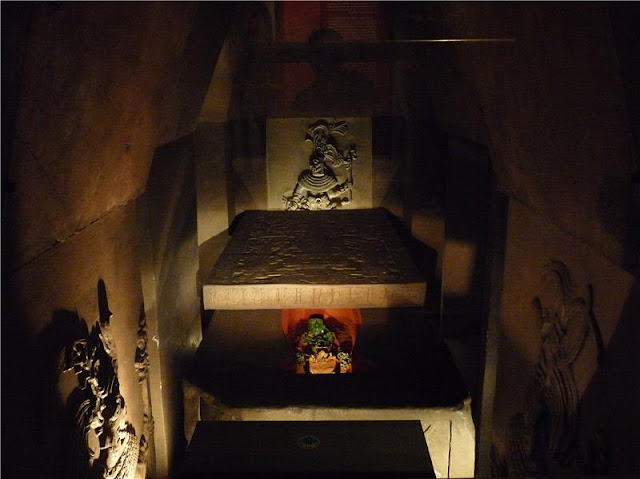 "This finding provides a leap in accuracy and understanding of Mayan life. Today we know that there few wars, but they had a warrior philosophy, that is why deciphering this glyph helps determine the rate of wars in the late classic, between 700 and 800 AD, full cycle of the Mayan" the doctor in Mesoamerican Studies also highlighted.

Is important to note that there are about twenty thousand 500 Mayan glyphs, 80 percent have already been decoded; from those at Palenque, 90 percent are already interpreted.

The announcement of the discovery was made in the framework of the 45th anniversary of the founding of the Maya Studies Center, of the Institute of Philological Investigations of the National University of Mexico. (Agencia ID)