New data presented by researchers at Lund University and others in the journal Oceanologia show that the air along the coasts is full of hazardous nanoparticles from sea traffic. Almost half of the measured particles stem from sea traffic emissions, while the rest is deemed to be mainly from cars but also biomass combustion, industries and natural particles from the sea.

"This is the first time an attempt has been made to estimate the proportion of nanoparticles stemming from sea traffic. The different types of nanoparticles have previously not been distinguished, but this new method makes it possible", says Adam Kristensson, researcher in Aerosol Technology at the Lund University Faculty of Engineering in Sweden. 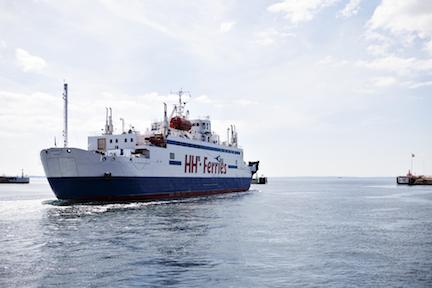 "Previously, we thought that land-based pollution from northern European countries and emissions of natural particles from the surface of the sea accounted for a much larger proportion", he says.

Nanoparticles can be hazardous to our health as they, because of their small size, can penetrate deeper into the lungs than larger particles contributing to both cardiovascular and pulmonary diseases. A cubic centimetre can contain several thousand nanoparticles.

To arrive at these results, he and his colleagues have studied the air flow from their measuring station in southern Sweden as it passes over the Baltic Sea, all the way to the measuring station on the Lithuanian coast. The wind often travels towards the east, and the particles can travel long distances before they are trapped in our lungs or washed away by the rain. They have also studied the air flow from a station in the Finnish archipelago towards the Lithuanian station.

By comparing levels of nanoparticles, the researchers can draw conclusions about the respective proportions that stem from cars and other emissions, and sea traffic.

Particles from sea traffic in the North Sea and the Baltic Sea are expected to contribute to 10 000 premature deaths every year, but Adam Kristensson stresses that this estimate is very uncertain, and believes that it is important to continue to conduct these types of measurements.

He also advocates stricter legislation. "It is especially important to continue to set stricter caps on nitrogen oxides and sulphate content from ship fuel."

"It is especially important to continue to raise the caps on emissions of nitrogen oxides and sulphate content from ship fuel.

Future regulations will hopefully reduce the emissions of harmful nanoparticles, especially soot particles, which are considered the most hazardous.

"This year a new regulation was introduced for the North Sea and the Baltic Sea that limits the sulphate content in fuel to 0.1%. As researchers, we still have to look at what positive effects this has had so far with regard to the particle levels."