An international team led by scientists in Trinity College Dublin, University College Dublin and Cambridge University, has, for the first time, sequenced ancient genomes from the Late Upper Palaeolithic period. In doing so, the team has discovered a new strand of European hunter-gatherer ancestry.

This is a Kotias skeleton, from which some of the ancient DNA came. 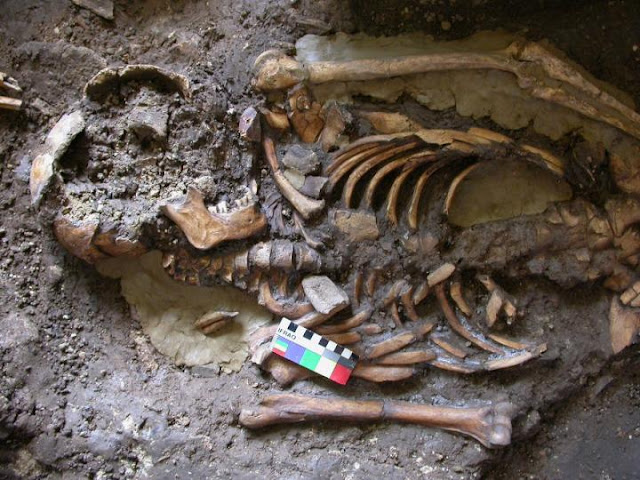 Where human genomes are concerned the past is indeed a different country. Most modern populations are mixtures of different ancestral strands that are difficult to untangle from examination of thousands of modern human genomes. It is only by retrieving data from our long-dead ancient predecessors that we can unravel the weave and write our genomic genetic history.

DNA from ancient samples is notoriously difficult to work with as it degrades over time and has often vanished before researchers are able to analyse it. The cool, dry environments found in caves can be excellent for DNA preservation and, by targeting cave sites, the researchers were able to recover the genomes of two individuals who lived in Georgia in the Caucasus 13,300 and 9,700 years ago.

These genomes are published today by PhD Researcher in Genetics, Eppie Jones and colleagues, in the journal Nature Communications.

Professor Bradley, leader of the Trinity team, said: "This is a major new piece in the human ancestry jigsaw, the influence of which is now present within almost all populations from the European continent and many beyond."

"The sequencing of genomes from this key region will have a major impact on the fields of palaeogeneomics and human evolution in Eurasia, as it bridges a major geographic gap in our knowledge," added Professor Ron Pinhasi, University College Dublin.

This is Satsurblia cave, where some of the bones were found. 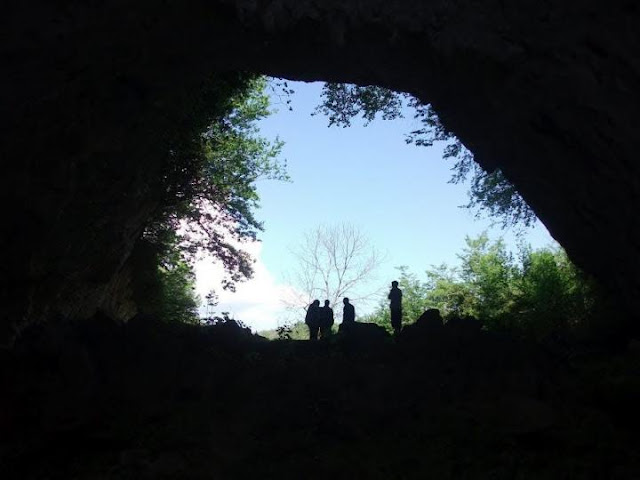 These were hunter-gatherers, living thousands of years before the invention of farming and soon after the ice sheets, which covered most of northern Europe during the last Ice Age, had melted. By comparison with other ancient samples, including another ancient Swiss hunter-gatherer also reported, it is clear that they are one of at least four human groups ancestral to Europeans that overwintered the ice age separately.

These early Caucasus inhabitants have deep roots with the other major strands: "This new lineage diverged from western European hunter-gatherers around the time of the first migrations of early modern humans into Europe about 45,000 years ago and from the ancestors of early farmers around the time of the glacial maximum, 25,000 years ago," said Andrea Manica, Cambridge University.

The long isolation of the Caucasus strand of ancestry from other European components ended in the Bronze Age when it swept into Europe carried by horse-borne Steppe herders.

The influence of the Caucasus hunter-gatherer genome is also apparent further east. A population like them left its imprint on modern peoples from central and South Asia, where this strand of ancestry may have flowed in with the bringers of Indo-Aryan languages.

Director of the Georgian National Museum, co-author of the paper and leader of the team who discovered the 1.8 million-year-old human skeletons in Georgia, David Lordkipanidze, said: "This is the first sequence from Georgia - I am sure soon we will get more palaeogenetic information from our rich collections of fossils."