Molecular-based moisture indicators, remains of midges and climate simulations have provided climate scientists with the final piece to one of the most enduring puzzles of the last Ice Age.

For years, researchers have struggled to reconcile climate models of the Earth, 13,000 years ago, with the prevailing theory that a catastrophic freshwater flood from the melting North American ice sheets plunged the planet into a sudden and final cold snap, just before entering the present warm interglacial.

The site in Sweden where scientists located fossilised midges from a prehistoric lake. 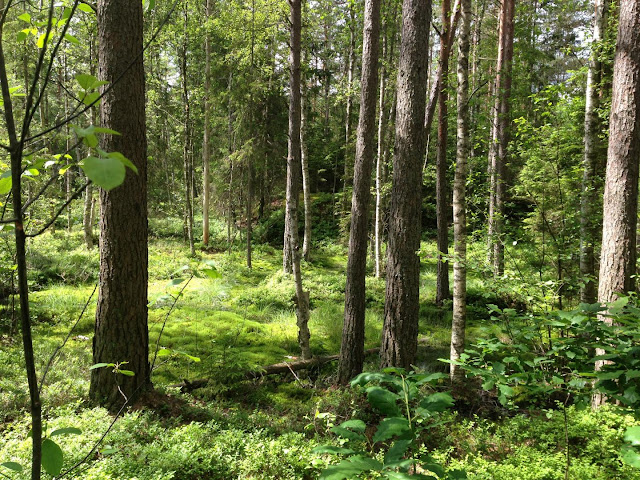 Now, an international team of scientists, led by Swedish researchers from Stockholm University and in partnership with UK researchers from the Natural History Museum (NHM) London, and Plymouth University, has found evidence in the sediments of an ancient Swedish lake that it was the melting of the Scandinavian ice sheet that provides the missing link to what occurred at the end of the last Ice Age. The study, published in Nature Communications, today, examined moisture and temperature records for the region and compared these with climate model simulations.

Francesco Muschitiello, a PhD researcher at Stockholm University and lead author of the study, said: "Moisture-sensitive molecules extracted from the lake's sediments show that climate conditions in Northern Europe became much drier around 13,000 years ago."

Steve Brooks, Researcher at the NHM, added: "The remains of midges, contained in the lake sediments, reveal a great deal about the past climate. The assemblage of species, when compared with modern records, enable us to track how, after an initial warming of up to 4° Centigrade at the end of the last Ice Age, summer temperatures plummeted by 5°C over the next 400 years."

According to Francesco Muschitiello the observed colder and drier climate conditions were likely driven by increasingly stronger melting of the Scandinavian ice sheet in response to warming at the end of the last Ice Age; this led to an expansion of summer sea ice and to changes in sea-ice distribution in the eastern region of the North Atlantic, causing abrupt climate change. Francesco Muschitiello added: "The melting of the Scandinavian ice sheet is the missing link to understanding current inconsistencies between climate models and reconstructions, and our understanding of the response of the North Atlantic system to climate change."

Dr Francesco Pausata, postdoctoral researcher at Stockholm University, explained: "When forcing climate models with freshwater from the Scandinavian Ice Sheet, the associated climate shifts are consistent with our climate reconstructions."

The project leader, Professor Barbara Wohlfarth from Stockholm University, concluded: "The Scandinavian ice sheet definitely played a much more significant role in the onset of this final cold period than previously thought. Our teamwork highlights the importance of paleoclimate studies, not least in respect to the ongoing global warming debate."