In sub-Saharan Africa, dozens of major 'development corridors,' including roads, railroads, pipelines, and port facilities, are in the works to increase agricultural production, mineral exports, and economic integration. And, if all goes according to plan, it's going to be a disaster, say researchers reporting in the Cell Press journal Current Biology on Nov. 25. They assessed the potential environmental impacts of 33 planned or existing corridors -- spanning 53,000 kilometers -- that would crisscross much of the African continent, opening up vast areas of sparsely populated land.

This photo shows a savannah elephant, one of many animals expected to be affected by poaching with a dramatic expansion of African roads. 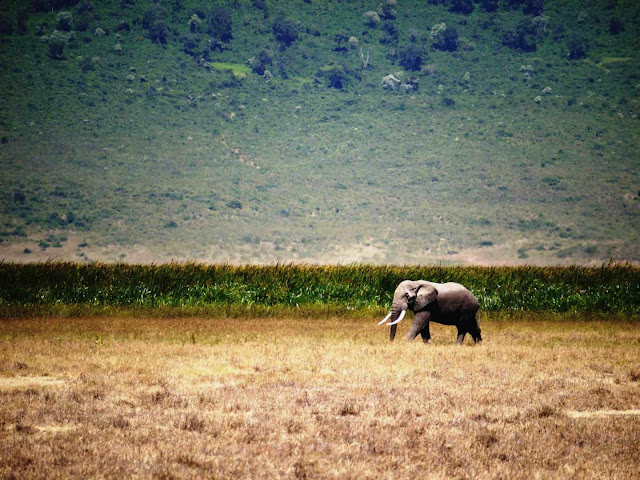 "In terms of development pressures, these corridors would be the biggest thing to hit Africa -- ever," says William Laurance of the Centre for Tropical Environmental and Sustainability Science at James Cook University in Cairns, Australia.

Earlier this year, Laurance and his colleagues issued a warning that this unprecedented expansion of infrastructure would come at a great cost. In the new study, he and his colleagues sought to quantify those costs by mapping each corridor along with the estimated human occupancy and the environmental values, including endangered and endemic vertebrates, plant diversity, critical habitats, carbon storage, and climate-regulation services, inside a 50-kilometer-wide band overlaid onto each corridor. They also assessed the potential for each corridor to facilitate increases in agricultural production.

Over 53,000 kilometers of development corridors have been proposed or are underway in sub-Saharan Africa. These corridors are intended to rapidly accelerate agriculture, mining, and land colonization, often in sparsely populated areas. In this Current Biology video abstract, Distinguished Professor William Laurance describes how the corridors were found to vary greatly in their potential socioeconomic benefits and likely environmental costs, with some corridors posing severe risks for key African ecosystems.

"We found striking variability in the likely environmental costs and economic benefits of the 33 'development corridors' that we assessed,' Laurance says. "Some of the corridors seem like a good idea, and some appear to be a really bad idea. Several of the corridors could be environmentally disastrous, in our view."

Based on the findings, Laurance says he thinks some of the planned development corridors should be cancelled altogether. His biggest concerns fall in areas near the equator, such as the Congo Basin, West Africa, and the rich tropical savannahs. Other corridors should proceed only with the most stringent safeguards and mitigation measures in place.

Change won't come easily. "The proponents of these projects include some very powerful economic interests, and no one can dispute the dire need to increase food security and economic development in Africa, where populations are growing very rapidly," Laurance says. "The trick -- and it's going to be a great challenge -- will be to amp up African food production without creating an environmental crisis in the process."

However, he and his colleagues were surprised to find that many of the proposed corridors are planned for places where the agricultural potential appears to be very limited, because of poor soils or climates or the remoteness of the area in question.

"One of the key justifications for these corridors is to ramp up farm and food production, but in fact it appears that massive mining investments--securing access to high-volume minerals such as iron ore and coal--are actually a key driver for a number of the corridors," Laurance says.

This photo shows deforestation in Africa, one of the expected effects of poorly planned road expansion. 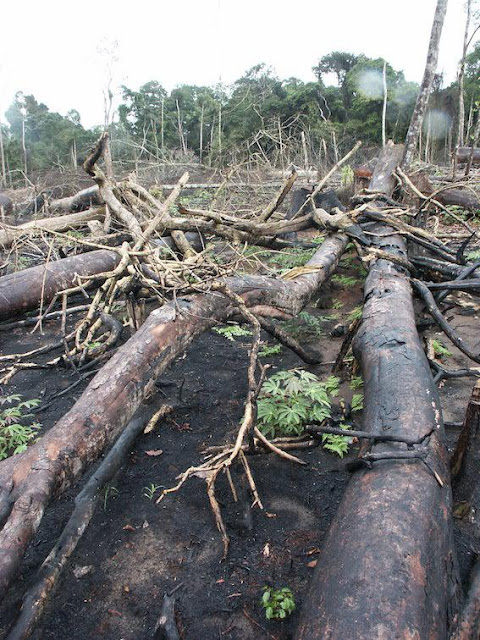 The researchers are calling for key stakeholders -- African governments, international lenders and donors, private investors, and others -- to carefully scrutinize the development corridors. He and his team hope to advance a research agenda aimed at better environmental assessment and planning for those corridors that do move forward. They also plan to follow up this comprehensive survey with more detailed studies of key corridors and to develop more local partnerships to advance this work.

"Africa is now facing a 'decade of decision,'" Laurance says. "The stakes are enormous. Once any particular development corridor is established, Pandora's Box will be opened and there won't be very much that one can do to control the onslaught of hunting, habitat disruption, and legal and illegal mining activities. The only real chance to manage this situation is to stop those corridors that are most likely to cause truly profound environmental damage and to create stringent land-use planning around those corridors that do proceed."

This work was supported by the Australian Research Council, the Australian Council for International Agricultural Research, and James Cook University.