Researchers of Tomsk State University and New Bulgarian University claim that human thoughts are able to materialize an object. They published results of their experiments in the article "Remember down, look down, read up: Does a word modulate eye trajectory away from remembered location?" (Journal Cognitive Processing). Authors of this article are researchers from NBU Armina Janyan and Ivan Vankov, and TSU researchers Oksana Tsaregorodtseva and Alex Miklashevsky. 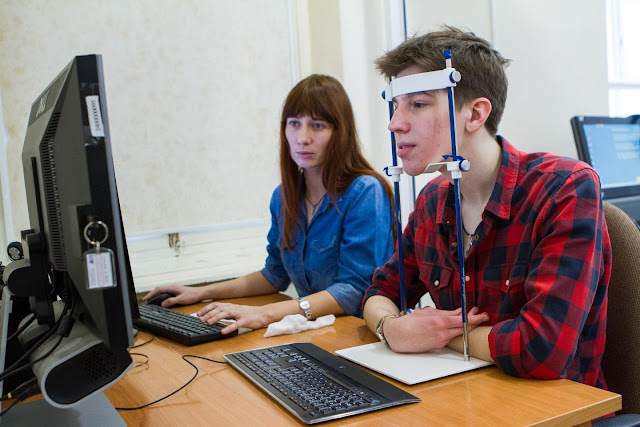 How does language influence the person perception of space and particularly those familiar for all essential dimension "up-down", "left-right" that surround us from birth to death? Scientists based their research on the idea of so-called mental stimulation, in order to show that human thought is material.

We wanted to check whether meaning of words can influence the mental simulation that is, the "play" of the situation in the head, which helps to predict the possible scenario of a situation, to understand and to feel it better. In our experiment we asked to remember location of the point in which we wrote the words ("up" or "down"),  said Oksana Tsaregorodtseva.  The results indicate that words reading activate the part of space which is denoted by these words even if at that moment the person is focused on another process, for example, memorizing location point. Word is able to enhance sense of reality of the object in space, despite the fact that there are no any objects and words.

Last experiments conducted by scientists in Europe suggest that the mere attempt to remember the spatial position of a point on the screen can affect the trajectory of our glance. For example, if one memorizes the position of the point in the upper left corner of the screen, and then he is asked to look up already on a blank screen, the trajectory of his glance focuses on the opposite side of the point.

This effect is explained by the mental simulation: while the person holds the position of the point in his working memory, it is so active that it forces a person to "go around" this place - as if there is something there. Word, being inherently intangible and abstract thing, however, behaves like a material thing reinforcing the feeling of a real object in space.

Scientists note that the study is at the early stage, but one can see the further application of the results in neuropsychology, for example, to help people with impaired spatial perception.