Researchers at Linköping University in Sweden have created analog and digital electronics circuits inside living plants. The group at the Laboratory of Organic Electronics (LOE), under the leadership of Professor Magnus Berggren, have used the vascular system of living roses to build key components of electronic circuits.

The article featured in the journal Science Advances demonstrates wires, digital logic, and even displays elements - fabricated inside the plants - that could develop new applications for organic electronics and new tools in plant science.

Augmenting plants with electronic functionality would make it possible to combine electric signals with the plant's own chemical processes. 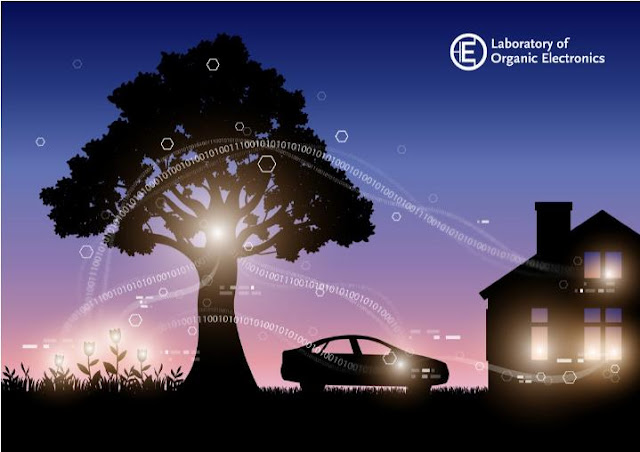 Plants are complex organisms that rely on the transport of ionic signals and hormones to perform necessary functions. However, plants operate on a much slower time scale making interacting with and studying plants difficult. Augmenting plants with electronic functionality would make it possible to combine electric signals with the plant's own chemical processes. Controlling and interfacing with chemical pathways in plants could pave the way to photosynthesis-based fuel cells, sensors and growth regulators, and devices that modulate the internal functions of plants.

"Previously, we had no good tools for measuring the concentration of various molecules in living plants. Now we'll be able to influence the concentration of the various substances in the plant that regulate growth and development. Here, I see great possibilities for learning more," says Ove Nilsson, professor of plant reproduction biology and director of the Umeå Plant Science Center, as well as a co-author of the article.

Thanks to independent research money from the Knut and Alice Wallenberg Foundation in 2012, Professor Berggren was able to assemble a team of researchers to reboot the project. The team tried many attempts of introducing conductive polymers through rose stems. Only one polymer, called PEDOT-S, synthesized by Dr. Roger Gabrielsson, successfully assembled itself inside the xylem channels as conducting wires, while still allowing the transport of water and nutrients. Dr. Eleni Stavrinidou used the material to create long (10 cm) wires in the xylem channels of the rose. By combining the wires with the electrolyte that surrounds these channels she was able to create an electrochemical transistor, a transistor that converts ionic signals to electronic output. Using the xylem transistors she also demonstrated digital logic gate function.

Dr. Eliot Gomez used methods common in plant biology - vacuum infiltration - to infuse another PEDOT variant into the leaves. The infused polymer formed "pixels" of electrochemical cells partitioned by the veins. Applied voltage caused the polymer to interact with the ions in the leaf, subsequently changing the color of the PEDOT in a display-like device - functioning similarly to the roll-printed displays manufactured at Acreo Swedish ICT in Norrköping.

These results are early steps to merge the diverse fields of organic electronics and plant science. The aim is to develop applications for energy, environmental sustainability, and new ways of interacting with plants. Professor Berggren envisions the potential for an entirely new field of research:

"As far as we know, there are no previously published research results regarding electronics produced in plants. No one's done this before," he says.

Professor Berggren adds, "Now we can really start talking about 'power plants' - we can place sensors in plants and use the energy formed in the chlorophyll, produce green antennas, or produce new materials. Everything occurs naturally, and we use the plants' own very advanced, unique systems."